The History of Paris Part III – Haussmann, The Commune And Modern Paris

In the History of Paris Part II we learned how the kings of France enhanced the beauty of their capital while Paris grew in size, becoming the very center of the country. Things seemed okay until the excesses of those later kings named Louis, who spent France into bankruptcy while living an extravagant royal lifestyle that eventually led to dissent. The French Revolution cleared out the monarchy (for a while at least!) and Napoleon cleared out the Revolution.

Now it's time to turn our attention to the history of Paris in the mid-19th Century, when Napoleon Bonaparte's nephew, also an emperor, cleared out big chunks of Paris itself. You may not even know his name today, but it was a civil servant who called himself Baron Haussmann who made the biggest changes ever to happen to Paris. Covering 150 years of Paris history in one article means we can only paint broad strokes, especially for a period that included three major wars, two humiliating defeats, a couple of revolutions, and lots and lots of croissants. 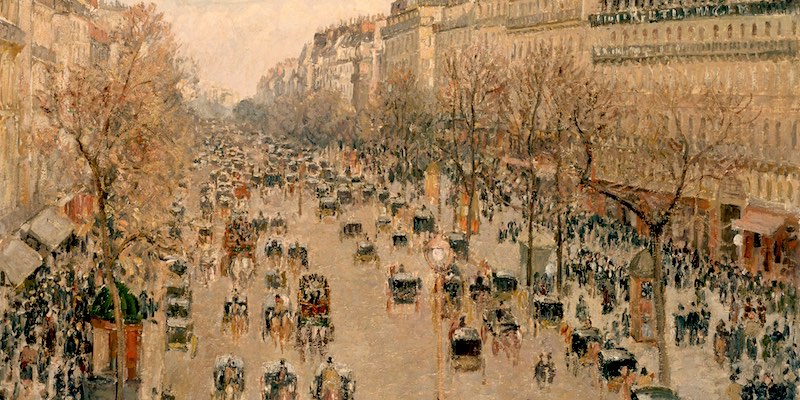 Haussmann – His Life and Times, and the Making of Modern Paris …

Early one morning in 1854 residents of Parisian neighborhoods were wakened by sounds of destruction. Their city was being changed.

Six months earlier Napoleon III had appointed an engineer and civic administrator by the name of George-Eugene Haussmann to recreate Paris, to turn it into a modern city. Haussmann wasted no time in drawing up plans that would change Paris forever. He envisioned the creation of broad, straight boulevards, lined with uniformly grand buildings, parks and open spaces, and an updated water and sanitation system.

Paris in 1853 was a morass of narrow, twisting medieval passageways, so it was remarkable how much of Haussmann's dream was accomplished in the next fifteen years, creating the Paris we know today. It was the biggest transformation in the history of Paris.

Haussmann's rebuilding began with the destruction of many of the city's streets and thousands of its houses. Wide boulevards were plowed through existing neighborhoods, displacing the residents, and uniform five-story apartment buildings were constructed. 20,000 buildings were destroyed and 40,000 were built during the period of redevelopment. Haussmann also oversaw the construction of a sewer and fresh water system, with massive underground reservoirs.

It's because of Haussmann's work that we have modern Paris. But, during the work thousands of low-income Parisians were forced out of their homes and relocated to Belleville and elsewhere in the Paris suburbs. Neighborhoods that had existed for hundreds of years were destroyed by the new, broad boulevards.

On any modern map of Paris it's easy to identify Haussmann's work. The straight, wide streets, the Grands Boulevards — Boulevard St Michel, Boulevard de Montparnasse, Boulevard Haussmann — that slice across an older plan remind us that he was the architect of modern Paris. 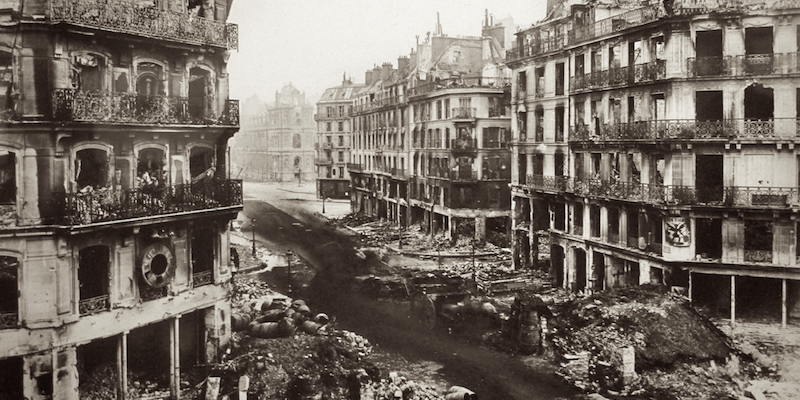 Before all of his grand dreams for Paris could be completed, Napoleon III fought an ill-advised war against Prussia in 1870 — arguably the most foolish war in French history — that led to his downfall and wrought big changes in Paris. After being quickly humiliated on the battlefield, Napoleon III abruptly resigned in September 1870 and the Prussians laid siege to the city, the first major threat to Paris since the Vikings.

The siege that lasted four months resulted in great hardships for Parisians. And, at the end, the terms of the treaty of surrender angered many citizens. As a result, a revolt broke out. The government (called The Third Republic) was forced to move to Versailles and a sort of socialist republic was established in the city that came to be called the Paris Commune.

The Paris Commune lasted only two months, but the period was marked by further death and destruction. The Hotel de Ville and the Tuileries Palace were destroyed, and in the end 20,000 were dead with another 40,000 arrested or deported. Paris ended up in shambles and the world began to wonder if this was the end of the history of Paris.

Historic Sites of the Paris Commune

The Belle Époque to the World Wars 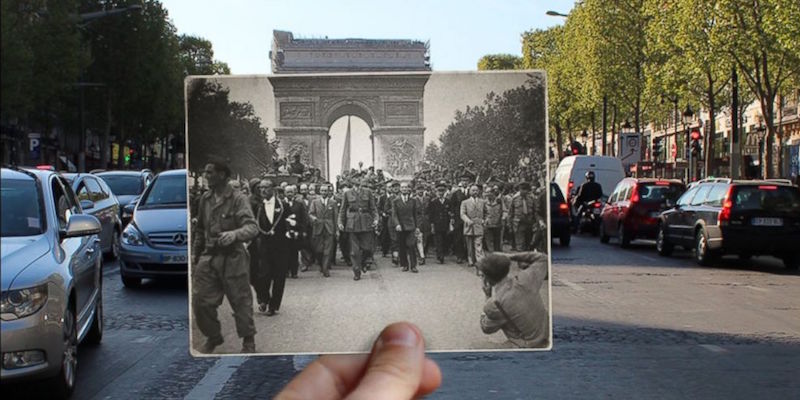 When Paris Went Dark – The City of Light Under German Occupation…

Amazingly, Paris picked itself up in a matter of months, and a great period of art and culture began. Modern Paris really began to emerge with the Belle Époque, a flowering of arts, culture and prosperity that came between the Commune and World War I. From this era we have the Impressionist paintings, the Eiffel Tower, cabarets like the Moulin Rouge, and the Paris Metro.

The thirty-year period that included the two World Wars was another trying time for Parisians. In World War I the German army came within twenty-five kilometers of Paris and the French government was moved to Bordeaux in western France. Rationing and a terrible flu epidemic in 1916 and 1917 nearly brought the city to its knees. Millions of French died in the period.

World War II brought the dark days of German occupation. The Jewish population of Paris suffered unimaginable terror under the Nazis, with the active participation of the Vichy government — the darkest time in the history of Paris. Hitler ordered the city to be "left in ruins" when the German army evacuated in 1944. Luckily, the German commandant ignored those orders.

Paris eventually did recover its sense of self after World War II and today continues to change and modernize. Leaders of France, whether they be kings or emperors, presidents or mayors, have always felt the need to make their mark on the landscape of Paris. Modern projects they created have included…

What have we learned? The history of Paris is long and varied and has been fraught with difficulties, but Paris is always resilient enough to carry on… and to keep getting better.