The Rodin Museum In Paris – The Thinker And Much More

There's really no other museum like it in Paris. The Rodin Museum, located in a classic 18th-century mansion called Hôtel Biron, is tucked in behind Les Invalides in the 7th Arrondissement, just a twenty-minute walk from the crowds of the Eiffel Tower. The creamy, two-story hôtel particulier overlooks seven acres of bucolic lawns, rose gardens, and rows of perfectly-pruned trees dotted with sculptures by Rodin.

Although many consider the gardens to be the star of the show, the recently-renovated interior space — with its massive bay windows that stretch from floor to ceiling and flood the rooms with light — perfectly showcases Rodin's restored sculptures, his antiques, and the paintings from his personal collection. We can't think of a better way to spend a leisurely afternoon in Paris than a visit to the Rodin Museum. Let's find out why. 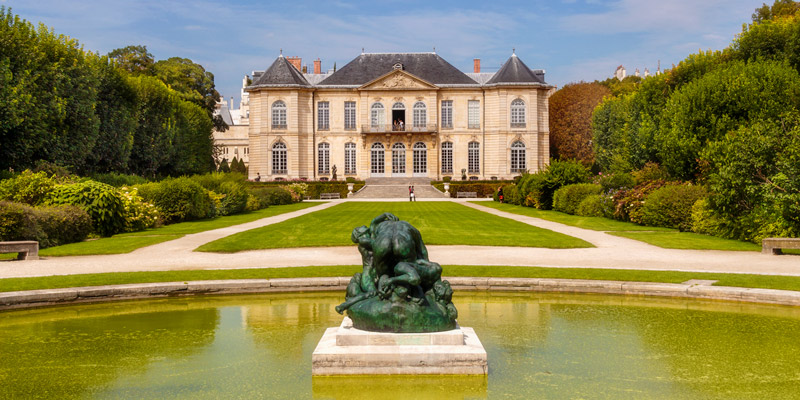 Like many things in Paris, this museum just keeps getting better. In 2015 the Rodin Museum re-opened after an extensive €16 million renovation. During the three-year refresh, Rodin's works were restored and his remarkable personal collection of paintings and antiques were added to the Hôtel Biron.

The former harsh white walls were repainted in a soothing color palette courtesy of Farrow & Ball paints. In fact, after much color testing, Farrow & Ball created a new color, Biron Gray, as a perfect tone to highlight the artwork.

The renovated Hôtel Biron spreads across eighteen rooms, and shows the chronological order of Rodin's life. The room called Rodin at the Hôtel Biron shows the space exactly as it was when he lived there, including the original furniture. The overall effect feels more like a peaceful country chateau than a Paris museum.

The Flow of the Rodin Museum

Starting on the ground floor, as soon as you enter you turn left to begin the chronological order of Rodin's life — room one, His Beginnings; room two, His Early Career. As you then progress from rooms three to eight you come to Emergence of a Sculptor, Artistic Circle, The Gates of Hell, Public Monuments, 1889 Fame, Rodin at the Hôtel Biron.

Your visit should now continue outside of the mansion, in the sculpture garden. Scattered throughout the gardens are thirty bronzes, including his key masterpieces — The Burghers of Calais, The Gates of Hell, The Thinker, and Balzac.

The Battle for Hôtel Biron 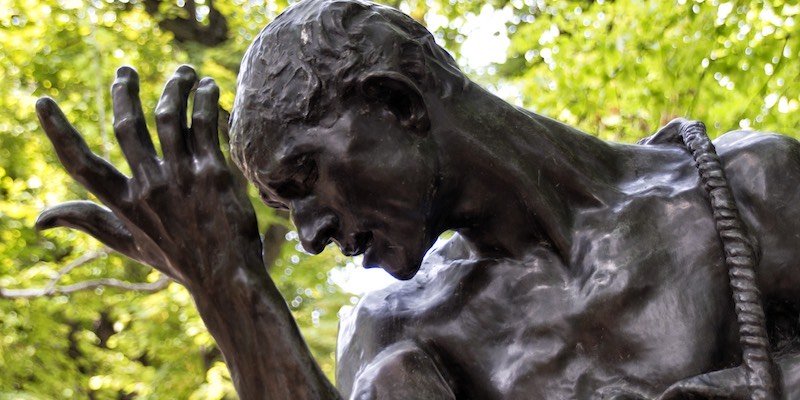 Project yourself back to 1908. That's when Rodin visits the Hôtel Biron and falls in love with the space and its rambling gardens. At the time it is a dilapidated building, owned by the French state, used as a boarding house for poor artists, poets, and performers. Among them are, at various times, Henri Matisse, Jean Cocteau, and Isadora Duncan.

For the next three years, Rodin rents four of the ground-floor rooms for his studio. In 1911 the state evicts the artists and slates the mansion for demolition. Rodin battles to save the building. His trump card? He will leave his entire estate to the French state on one condition. His artwork must be housed at Hôtel Biron.

In 1916, when Rodin donated his lifeworks including copyrights to the French state, he created the only French national museum that is the legal successor of an artist. The Rodin Museum was able to fund itself solely from his works. Sadly, Rodin didn't live to see his museum realized. The Musée Rodin opened in 1919, two years after his death. 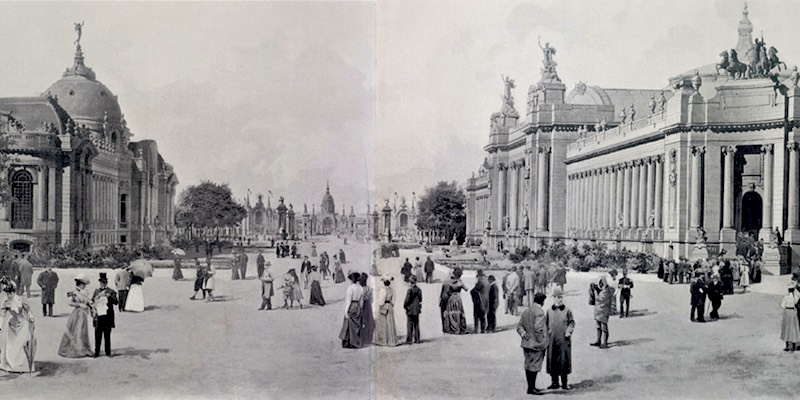 "He is by far the greatest poet in France," wrote Oscar Wilde. By 1900, Rodin had emerged as the foremost sculptor in France. His pavilion at the Paris Expo of that year, though outside the exposition grounds, caused a sensation. Long lines of admirers came to pay tribute to the artist who had successfully defied the skeptics. In the minds of the critics and the public, Rodin represented the pinnacle of French artistic genius.

For years, Rodin and his assistants had worked at a frantic pace on his most ambitious work for the 1900 exposition — La Porte d'Enfer, The Gates of Hell. Originally commissioned for the Museum of Decorative Arts, Rodin expanded The Gates of Hell into an immense autobiographical dream-like montage with over 180 figures.

A number of works first presented in miniature would emerge in full size throughout his career, including The Kiss (originally intended for the Gates). At the very top of the Gates is The Thinker. Rodin would never complete this work — La Porte d'Enfer would remain unfinished.

Highlights of the Rodin Museum Paris 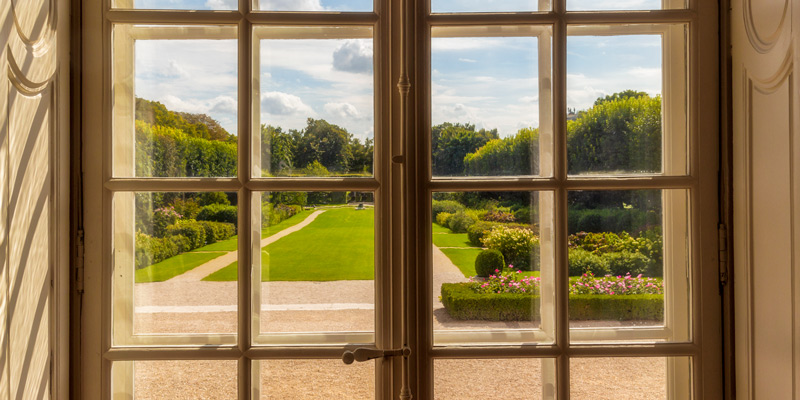 Unlike, say, the Louvre, it's easy to cover the highlights of the Rodin Museum in a leisurely afternoon. It's wonderful to realize that Rodin himself curated the museum. These are the pieces he wanted future generations to see. 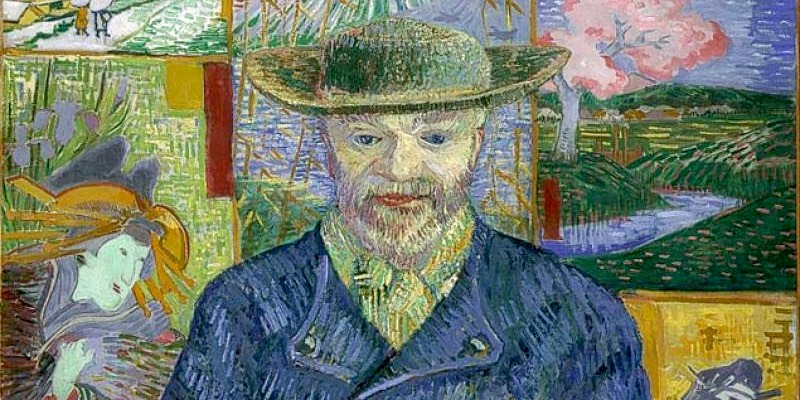 Talk about rejection! Rodin applied three times to École des Beaux-Arts, but each time his application was denied. Instead he worked as a commercial artist, as a plasterer, and as a stone mason. He met Jean-Baptiste Carpeaux (1827-1875), the greatest French sculptor of the time, and then apprenticed with sculptor Albert-Ernest Carrier-Belleuse (1824-1887). But Rodin's works continued to be rejected by the Paris Salon (the annual, government-sponsored art show in Paris). Rodin travelled through Italy and had an aha! moment when he saw Michelangelo's David in Florence.

Although Rodin had many lovers, his long-time companion was Rose Beuret. She was an early, important model for him, appearing in Young Lady with Flower Hat. Their only son, Auguste-Eugène (1866-1934) had a serious head injury as a toddler and would never recover his mental faculties. Rose and Auguste finally married on January 29, 1917. She died three weeks later. Rodin himself died ten months after Rose, on November 17, 2017. 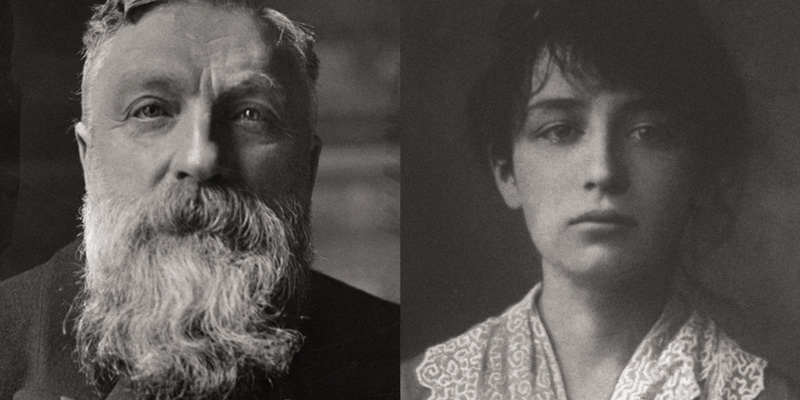 It was one of the most torrid romances of the 19th century. She was a beautiful, young sculptress, he was her teacher. For five years, from 1884 to 1889, Rodin took inspiration from their sexual relationship and created many sculptures about their affair.

Camille Claudel wanted to be more than his assistant and lover. A contract from October 1886 shows a promise from Rodin; he says he will end all other relationships (with all his former models and with Rose) to marry Camille. The contract was never fulfilled. In her work, L'Age Mûr (1894), Camille Claudel depicts the love triangle between Rodin, Rose, and herself. By the time Rodin's The Kiss was presented at the 1898 Salon, their affair had ended.

It wasn't long after that when Camille began her descent into mental illness. She destroyed many of her sculptures and drawings. In March 1913 Camille was committed to a mental hospital where she stayed until her death in 1943. The Rodin Museum houses a collection by Camille Claudel. The 1988 film, Camille Claudel with Isabelle Adjani playing the title role, is an emotional, gut-wrenching examination of her life.