From Prison To Opera House – 11 Surprising Facts About The Bastille

It was once a dreaded prison, now it's only a column. On July 14, 1789, 633 angry French citizens stormed the Bastille in Paris (a prison somewhat equivalent to the Tower of London), capturing its munitions, releasing its seven prisoners, lynching the governor and demolishing the fortress. This was the dramatic start of the French Revolution.

"Place" is the French word for plaza or square.

Yes, there were only seven prisoners, but the Bastille prison tower had become a symbol of tyranny. The monument that stands today in the center of the Place de la Bastille commemorates not the original French Revolution, but another, later, revolution. Today, the term "Bastille" describes a column, a place, an opera house, an historic event, and an annual celebration. 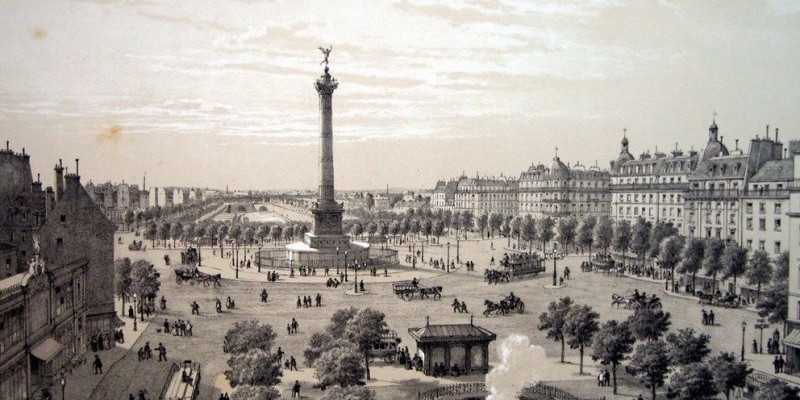 It was during this revolution — called la Trois Glorieuses — that the French monarchy was finally overthrown.

The column you see today in the centre of Place de la Bastille has nothing to do with the French Revolution of 1789. The Colonne de Juillet was erected at the former location of the Bastille prison (today the juncture of the 4th, 11th, and 12th Arrondissements) as a monument to another revolution that took place in 1830. In this so-called July Revolution, which lasted only three days, the French absolute monarchy was finally overthrown.

French king Charles X abdicated on August 2, 1830 and a constitutional monarchy was instituted. (How France ended up with yet another king after the revolution is another story.) The current column stands as a symbol of liberty and a memorial to those who took part. Constructed of heavy cast drums it features an interior spiral staircase. Names of Parisians who died during the 1830 revolution are engraved in gold on the column. Atop the column is the god Mercury astride a gilded globe.

Most Bastille Day Activities Do Not Take Place at Bastille 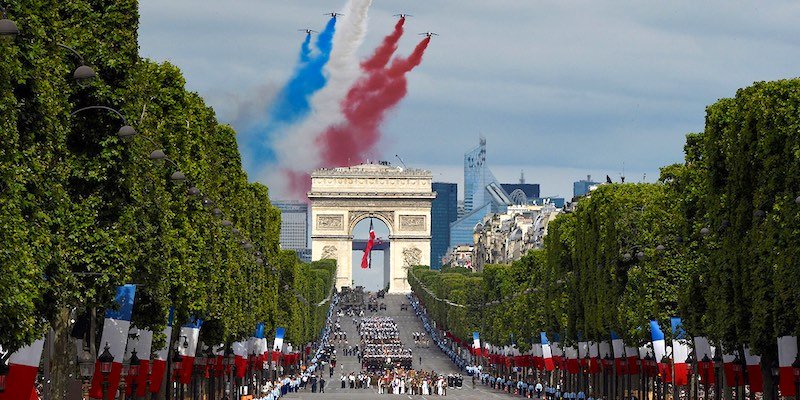 In France, Le Quatorze Juillet (Bastille Day, July 14) is celebrated with parades, fireworks and dances, but few of them take place at Place de la Bastille. The Bastille Day military parade, for instance, starts from the Arc de Triomphe, then follows a route along Champs-Elysées to Place de la Concorde. On Bastille Day evening, fireworks take place on and around the Eiffel Tower.

But the place is often the site of parades and demonstrations throughout the year. Because of its connection with (capital-L) Liberty, Place de la Bastille is the center of political action in Paris when it takes to the streets with protests, speeches, and political rallies. 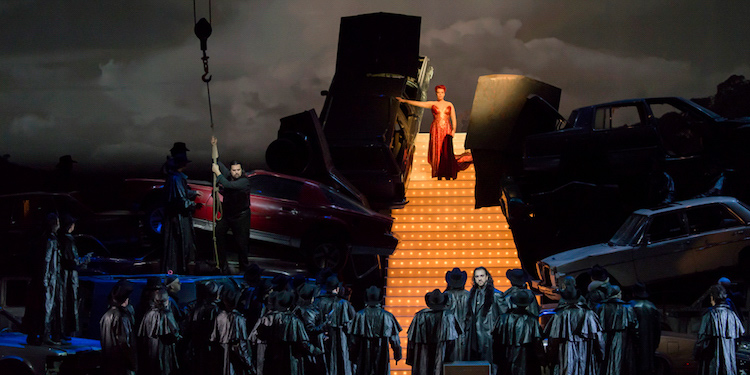 Exactly 200 years after the famous riot that started the French Revolution, this landmark opera house was inaugurated in 1989 by President Mitterrand. Today, it is the main opera house of Paris, and one of the largest in Europe. However, it has not been without controversy.

Some folks prefer the ornate and luminous decoration of the more traditional Palais Garnier, the former opera house now used mostly for dance. It seems that although the French stormed the Bastille at some level they prefer the old-fashioned approach. See for yourself. Today the Opera Bastille is home to grand operas and elaborate ballet stagings and is well worth visiting for a spectacular performance.

Find Tickets for operas at bastille

You can relive the events of the French Revolution on this historical Paris walk, as you visit the sites of that historic era, including the Bastille, and learn about its fascinating history, like the capture of Marie Antoinette and Louis XVI.

Post-lockdown, this activity is available as a private tour, for just you and your group. Learn more at the link below. 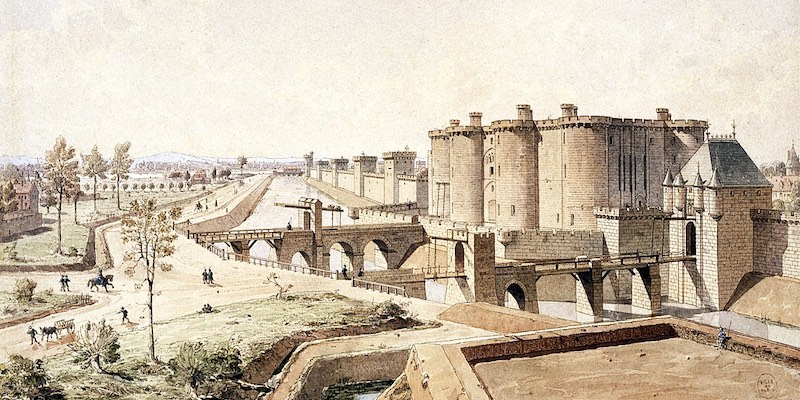 The Bastille fortress and Paris city walls in 1420

Not Intended as a Prison

Even though its claim to fame was as notorious prison, the Bastille was originally built as a fortress, a part of the city walls, to protect the city of Paris from the threat posed by the English armies during the Hundred Years' War. Work began in 1370.

A Nexus of French Conflict

Instead of protection from English troops, as was intended, the Bastille ended up being used by one side or the other during internal French conflicts, such as the wars between the Burgundians and the Armagnacs, and religious wars of the 16th century. 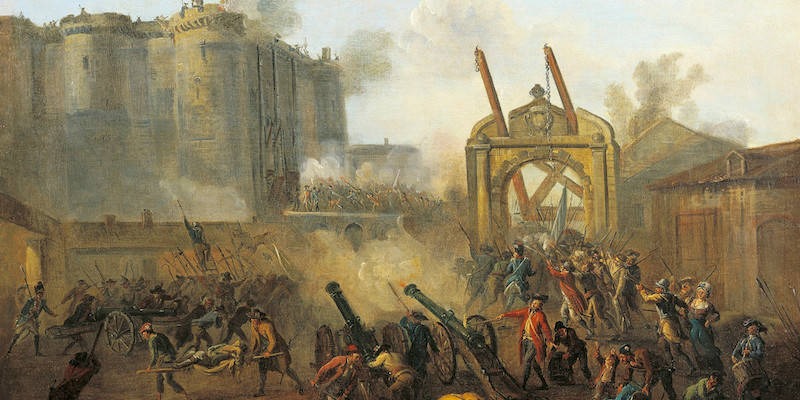 It actually wasn't until 1659, during the reign of Louis XIV, that the Bastille began to be used as a state penitentiary. It had been built to keep people out, not in, so it wan't the best prison ever. Most of the inmates were members of the French upper classes who disagreed with the Sun King.

When the Bastille was first constructed in the 14th century it was admired, and copied throughout Europe, as a modern, powerful fortification that pioneered such advances as four sets of drawbridges. 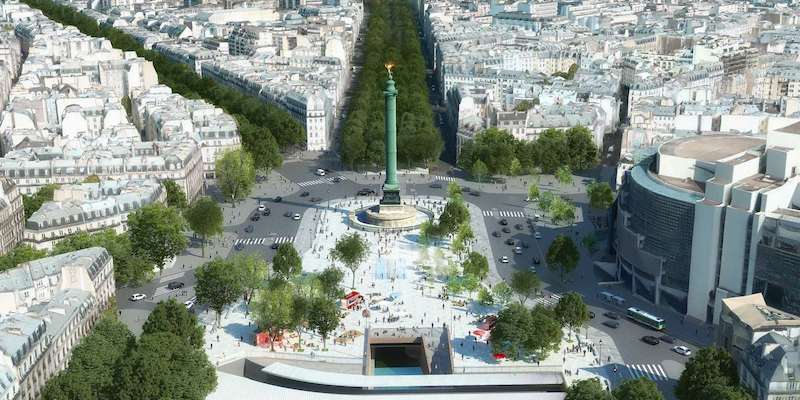 Contrary to popular belief, the conditions for prisoners in the Bastille were exceptional. The Marquis de Sade arrived with an elaborate wardrobe, artwork, tapestries, perfumes, servants, a small library, card games, and a selection of wine.

The Bastille prison wasn't destroyed overnight, not even by the end of July 1789. It took planning by a revolutionary committee and months of debate to decide on the final plans to dismantle it. It wasn't until November 1789 that the prison was destroyed. 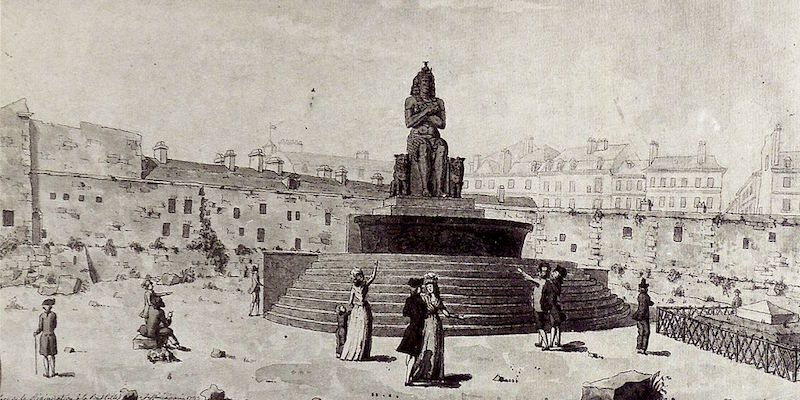 The Fountain of Isis

In 1793, five years after the initial revolutionary events, a fountain featuring a statue of Isis was built on the former site of the fortress/prison, while the square renamed the name of Place de la Bastille.

Wine, but no Torture

There is absolutely no evidence of torture or ill-treatment of prisoners at the Bastille. Remember the Marquis de Sade with his servants, library & wine collection? Torture? — just didn't happen.

Cruise the Seine, the Canals… and UNDER the Bastille 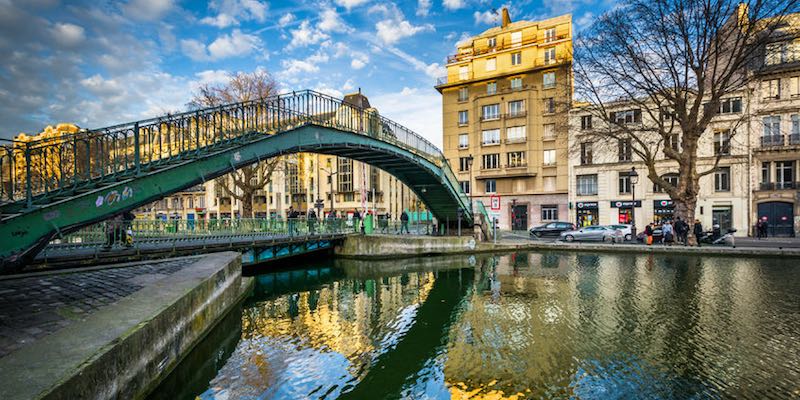 Did you know that you can take a slow boat ride on the canals built by the Napoleons and pass right underneath Place de la Bastille? Napoleon Bonaparte ordered the construction of Canal St Martin and associated waterways. Half a century later his nephew, Napoleon III, modernized Paris, including sending part of this famous waterway underground.

You board a special canal boat in northeast Paris at Parc de la Villette, pass through a large artificial pond and then the boat enters a tunnel and passes right under Place de la Bastille before finally emerging into the Seine. (Some of the cruises go the other way, starting in the Seine and ending at Villette.) It's unusual, fun, and surprisingly relaxing!