Aligre Market – The Best Place For Food Shopping In The 12th

Place de la Bastille is where the 4th, 11th, and 12th Arrondissements meet. Running east from the place is Rue du Faubourg Saint Antoine. A leisurely 10-minute stroll along this street, into the 12th Arrondissement, brings you to Rue d'Aligre, home to perhaps the best food market in all of Paris.

Arrive at the Aligre market in the morning and you will be rewarded with a riot of color & flavor — flowers, fruits, vegetables, meat, cheese, and virtually any other food product available in Paris. On every day except Monday the street is transformed into a food lover's paradise with everything from fish to fromage, pineapples to pine nuts, in the outdoor market stalls, in the shops that line the street, and in the covered market.

Three Markets in One 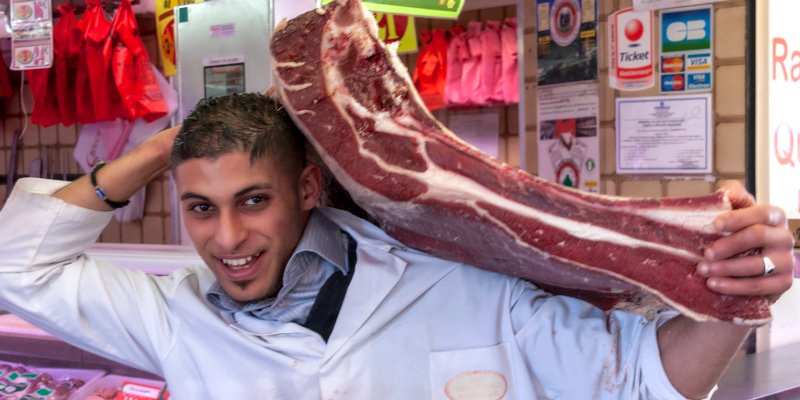 Aligre is, in a sense, three separate markets. When combined they make for one of the best food shopping experiences in Paris. First off, the street is lined with small shops specializing in cheese or fish or meat or bread or patisseries. This is what's typical of most Parisian market streets, like Rue Poncelot in the 17th and Rue Mouffetard in the 5th. The fromagerie and the fishmongers of Rue d'Aligre are certainly worth the visit. But, this street has a couple of surprises for you. 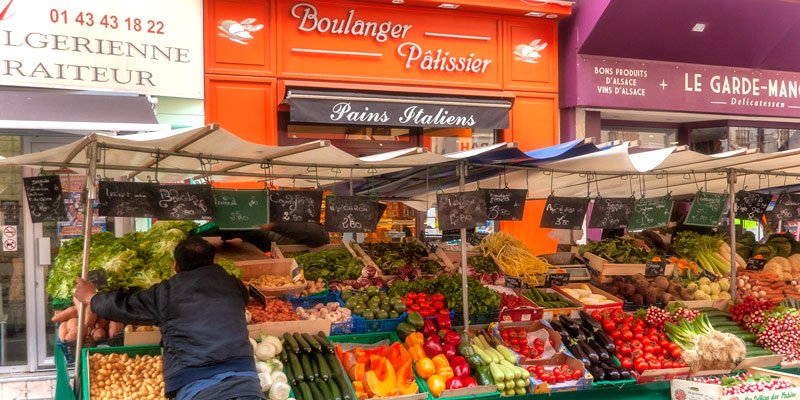 From Tuesday to Sunday the street itself is filled with the stalls of food vendors, displaying the best of the produce of France. Here's where you find perhaps the greatest variety and choice of fresh fruits and vegetables in Paris. It's an amazing, bountiful choice for the food shopper and a wonderful place to stroll and feel like part of the culinary life of the city. 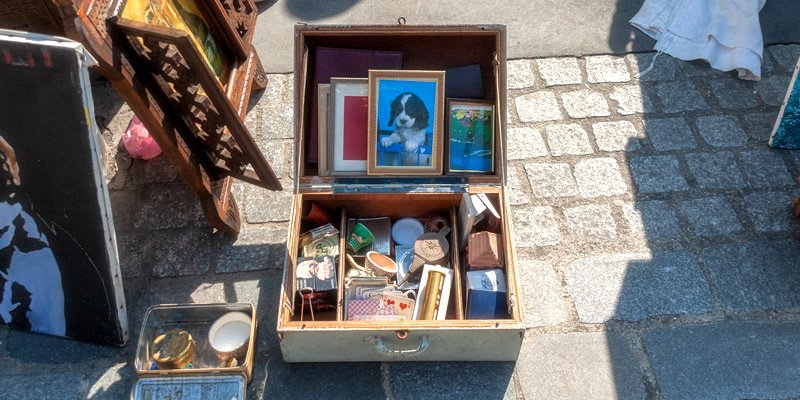 But that's not all, market wise. At the end of the street you find Marché Couvert Beauvau (Beauvau Covered Market), dedicated to permanent food stalls with an array of butchers, fromageries, and other vendors selling wine, spices, coffee, flowers, and a selection of traditional, old-school French meats and fowl — think cervelle de veau and langue de veau. It's a quick education in French foods you may not be familiar with.

Come to think of it, perhaps the Aligre market is four markets in one, for on the Place d'Aligre, outside Marché Couvert Beauvau, there is usually a flea market filled with antiques, collectibles, clothing, used books, and surprisingly, lots of shoes !

History of the Aligre Market 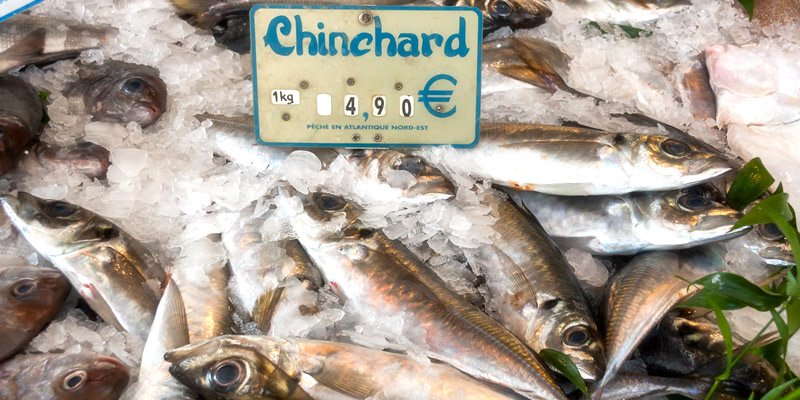 Before this neighborhood was part of the 12th Arrondissement of Paris (designated as such in the 1860s), it was a suburb called Faubourg Saint-Antoine — "faubourg" meaning suburb and "Saint-Antoine" after an abbey that was located here. At that time, the Aligre market was the primary source of food for the faubourg as well as place where craftsmen — carvers, gilders, polishers and cabinetmakers — sold their wares. The era when the craftworkers populated the quartier is echoed today in the furniture stores that are still found in the area. 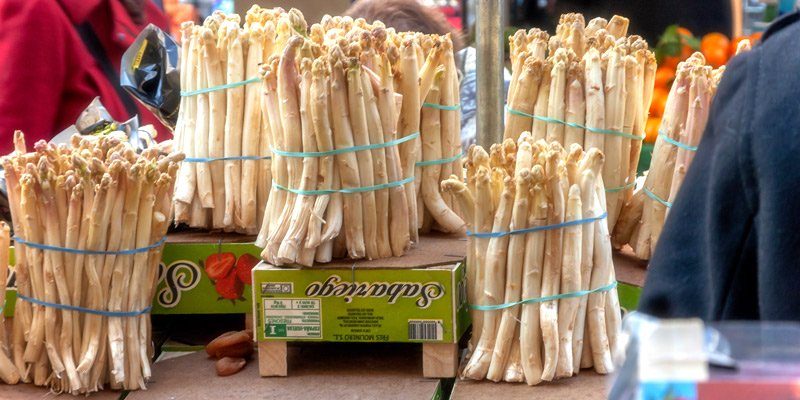 Later on, at the beginning of the 20th century when the nearby Gare de Lyon station opened, the area attracted North African immigrants (called maghrébins) who arrived from Marseille by train. Some of these new arrivals established market stalls at Aligre. In fact, most of the current vendors at the Aligre market are third- or fourth-generation vendors who have followed the family trade. It's a true family business as the stalls and even the permits are passed down from father to son. The blend of Arabic and French voices are the spirit of the Aligre market.

Marché Couvert Beauvau was built in 1779 making it one of the oldest in the city, as well as one of the very few covered markets still in operation in Paris.

12 Reasons To Visit The 12th Arrondissement 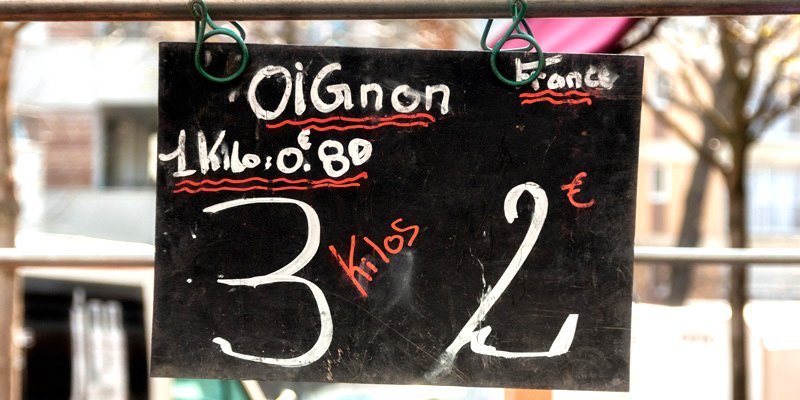