The Population of Paris – From 50 AD To The Present

From a village of a few thousand Gauls, nestled on the banks of the Seine, today the population density of Paris is 20,000 people per square kilometre (53,000/sq mi), making it one of the most densely populated cities in the world (and the most densely populated major city outside of Asia). That's why it seems so crowded to those of us who come from other, less densely-peopled places.

But did you know that Paris used to be even more crowded? The population peaked in about 1920 when it reached nearly three million people. We're talking about central Paris, the city within the Périphérique (the ring road), which includes the twenty arrondissements. Paris central is now home to 2.2 million people, while the population of Paris metropolitan area is over 12,000,000.

History of the Population of Paris 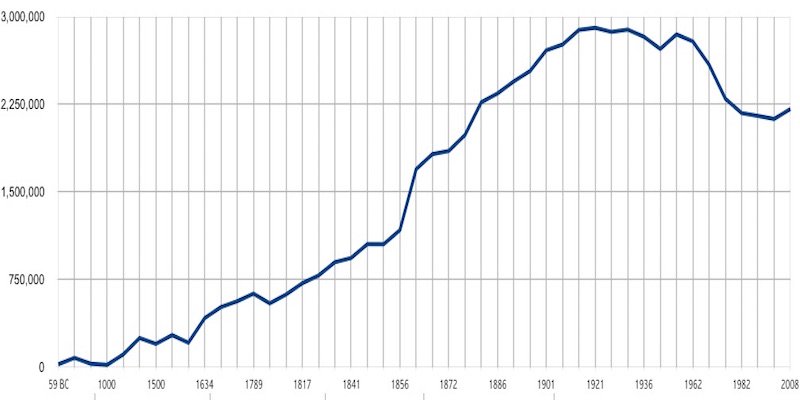 Read Our Guide To The History of Paris…

Paris started out as a Celtic settlement at a convenient river crossing site. Under these Gauls, the population of Paris numbered a relatively few thousands. But then, under the Romans, Paris expanded into a more important commercial city that could control both river traffic and river crossings. At its peak, Roman Lutetia grew to about 80,000 people.

After Roman rule declined, and following the period of invasions of the third and fourth centuries, the population dropped to about 30,000, and continued to drop up to the period of the Viking invasions, reaching a low point of about 20,000 around the turn of the first millennium.

Population in the Middle Ages

Paris really came into its own in the Middle Ages when it grew to become the biggest city in Europe. In fact, it was the largest city in the world by about 1550. (It would have been even larger were it not for the Black Plague and the Hundred Years' War, both of which reduced the population considerably.)

More population ups and downs occurred in ensuing centuries because of continuing wars, but by the time of Henry IV (1630) the population of Paris had made a spectacular recovery to number well over 400,000 people.

From then the population continued to grow steadily, taking a couple of big jumps when the Paris boundaries were expanded in 1860 and during the amazing growth that occurred under Napoleon III and the revitalization of the city by Baron Haussmann.

Population In The Modern Era 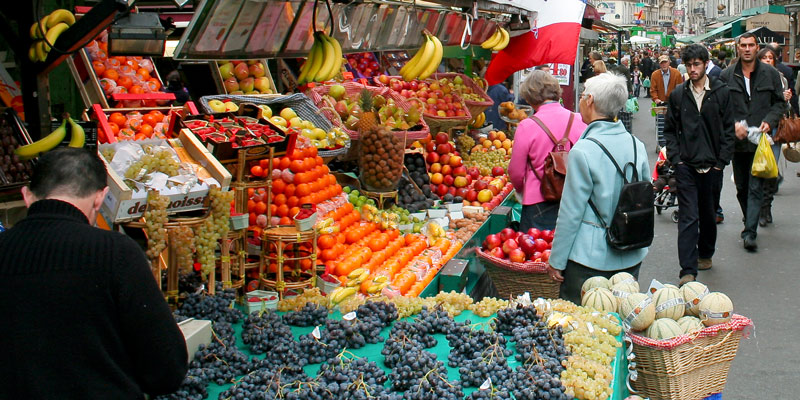 Since that time the population has slowly inched up to its present size of something over 2.2 million.

Today the highest and lowest populations are the 1st at 17,767 versus the 15th at 238,914. The population density runs from 25,000 people per square mile in the 1st to 109,000 in the 11th. (In 2020 the 1st through 4th Arrondissements were combined into a single urban administrative district named Paris Central, partly because of the relatively small number of people who reside there — a combined total of about 100,000.)