The beaches & the pastoral countryside of Normandy are rife with powerful memories. A visit to the D-Day landing beaches can be an emotional experience, as you gaze upon the expanse of sand while remembering the 150,000 Allied soldiers who invaded France on June 6, 1944 — initiating the beginning of the end of World War II. Today, it's easy to visit these historic sites on a day trip from Paris. Here are the best of the D-Day tours that get you there and back on the same day. 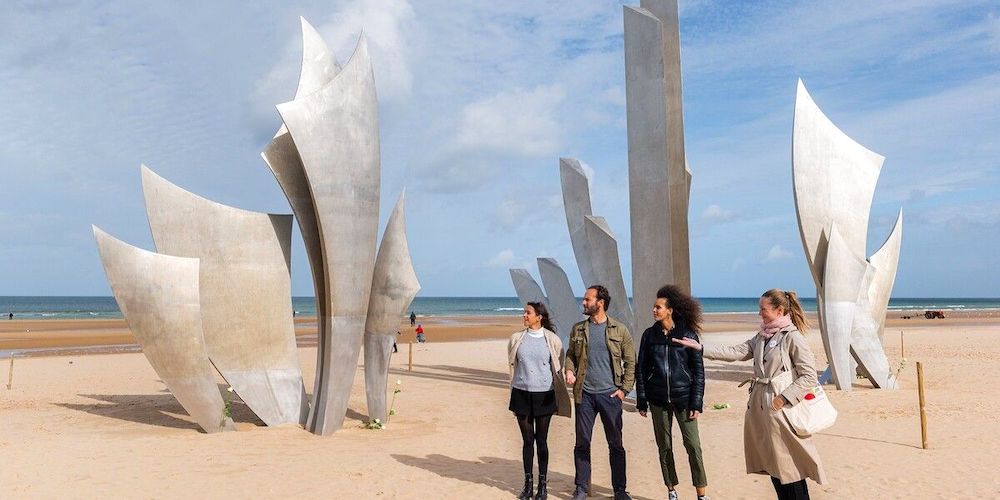 This small-group tour includes transportation to and from Paris. During a memorable day you walk the D-Day landing beaches, where the Allied soldiers returned to France to begin the drive to Paris and to Berlin. You see all of the most famous wartime sites, you visit the American and Canadian cemeteries, and you hear the poignant stories of the soldiers who fought here.

The day starts with a drive from Paris through the rolling Normandy countryside where you arrive at the Caen Memorial. There's time to see Pointe du Hoc, an important German defense position captured by American soldiers. Walk along Omaha Beach and reflect on the site's history. Afterwards, visit the Omaha Beach Visitor Center and the Canadian Memorial at Juno Beach before returning to Paris at the end of a fulfilling day. 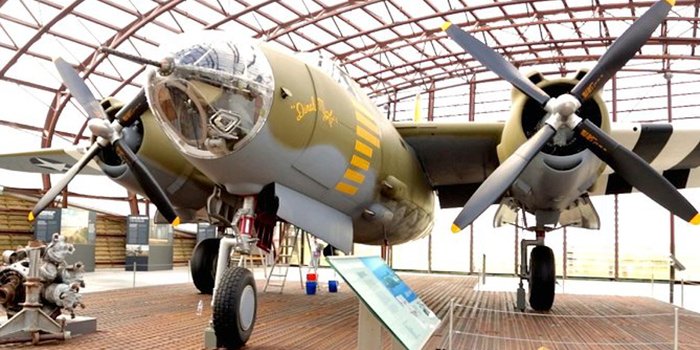 Travel in a luxury coach from central Paris to the coast of Normandy, where you visit the iconic D-Day landing beaches before spending time at the Utah Beach D-Day Museum, housed in an original German bunker on the beach where the first US troops landed. You also get the unique opportunity to see the only remaining B-26 bombers, the ones that were flown by Allied pilots during the beach landings.

Next up, you travel to a nearby apple orchard for a tasting of the regional cider and calvados, the two beverages Normandy is famous for. There's time for a traditional Normandy lunch, before you continue to Pointe du Hoc, a German defense on the cliffs seized by US troops. You also visit to Colleville-sur-Mer where you pay your respects at the American Cemetery. 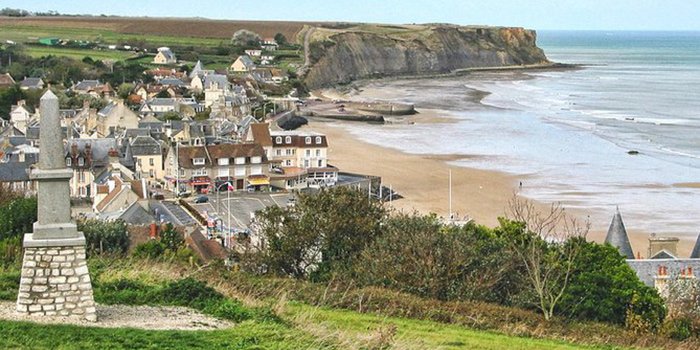 We like and recommend all of the D-Day activities we review on this page, but this may be the most popular of them all. This day tour covers all the bases, including round-trip transportation from Paris in a luxury coach, the services of an expert guide, and visits to the most famous and most popular D-Day sites and museums. Hundreds of five-stars review can't be wrong! 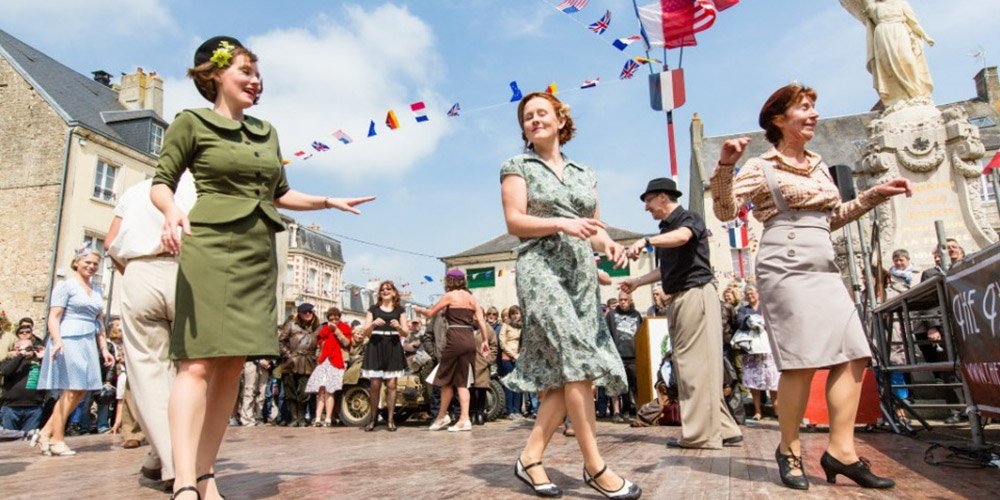 The region surrounding the D-day beaches has become a place not only for remembering, but for celebrating and having fun. Here's a run-down of the festivities and activities that take place in the this part of Normandy.

11 Little-Known Facts About The D-Day Invasion 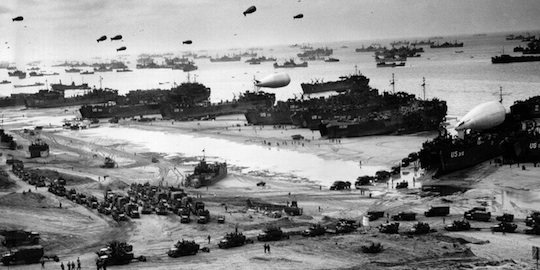 1. D-Day was originally set for June 5 but had to be postponed for 24 hours due to bad weather.

2. The naval part of the operation, codenamed Operation Neptune, involved 6,939 vessels and 4,126 landing craft — the largest single-day amphibious invasion ever staged. On June 5 this massive flotilla assembled off the Isle of Wight.

5. A phantom army of dummy camps, planes and tanks was built built by the Allies in Kent and Essex to deceive Germans into thinking the invasion would be farther north at Calais.

6. On the eve of battle General Eisenhower told the troops: "You are about to embark upon a great crusade, toward which we have striven these many months. The eyes of the world are upon you."

7. US troops began landing on the beaches at 6:31 AM. An hour later the British and Canadians arrived on other beaches. There were 61,715 British troops, 73,000 Americans and 21,400 Canadian soldiers.

8. On the morning of D-Day, J.D. Salinger landed on Omaha Beach with six chapters of his unfinished novel, Catcher in the Rye, in his backpack. Or so the legend goes!

9. The heaviest losses were on Omaha Beach where US forces suffered 2,000 casualties. During that first hour the chance of becoming a casualty was one in two.

10. Condoms were issued to soldiers — but most were used for covering the end of their rifles to keep them dry.

11. Despite setbacks, the Allies established a beachhead from whence to continue the invasion into France. By the evening of June 6, more than 150,000 soldiers and 20,000 vehicles had landed in Normandy.