The Cluny Museum in Paris — Musée de Cluny or, more properly, Musée National du Moyen Âge — is really two museums in one. First, because it covers the best of the Middle Ages. Second, because it's partly housed in the largest extant Roman bath in France. The main museum space, a magnificent medieval mansion known as Hôtel de Cluny, was built by the Abbot of Cluny in 1330 and rebuilt in 1510. It is one of the oldest buildings in Paris that was once a private residence.

This gem of a Latin Quarter museum straddles the ruins of the second-century Roman baths and also manages to house one of the world's finest collections of French medieval art, including the famous Lady and the Unicorn tapestries. Plan to spend a few hours here. Afterwards, rest in the tranquil garden outside. The museum is now (2020/2021) closed for an extensive upgrading, so, until you can visit in person, come with us on a virtual tour.

1. Lady and the Unicorn Tapestries 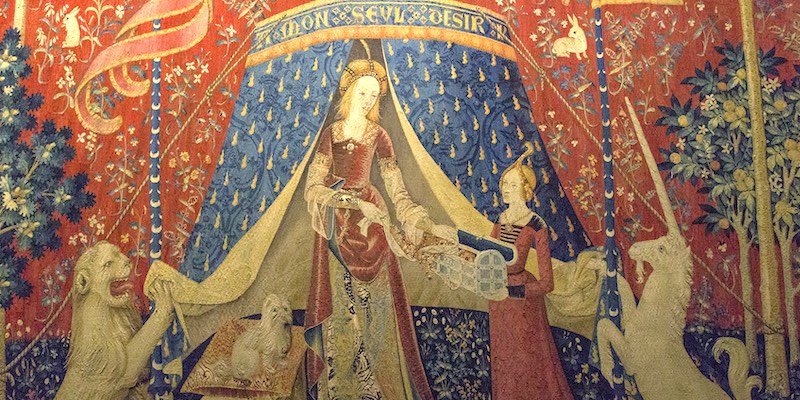 If you only see one thing at the Cluny make it the Lady and the Unicorn tapestries. Considered the greatest surviving artifacts from the Middle Ages, many regard it the Mona Lisa of tapestry art. Enter the rotunda on the top floor of the Cluny, dimly lit to protect the tapestry series that were woven in Flanders in about 1511.

The six pieces, commissioned by Le Viste family from Lyon, whose coat of arms appears throughout, illustrate the five senses, along with a six sense, that of love and understanding. Supposedly the tapestries were a wedding present from Jean le Viste to his bride. The Lady and the Unicorn is one of the most stunning examples of the millefleurs style tapestries. In the mysterious sixth tapestry, the woman's tent is emblazoned with the words "A Mon Seul Desir" — To My Only Desire.

Notice how the woman on the red millefleur (many-flowered) background changes gowns from one tapestry to the next as you progress around the room, in a medieval fashion show.

The tapestries were rediscovered by chance in 1844 by writer George Sand, who found them hanging at the Chateau de Boussac in Limosin, France. The artist, or artists, remain unknown. The tapestries underwent a serious restoration in 2013 when a team of experts replaced the linings and removed centuries of dust using a special micro-vacuum cleaner. 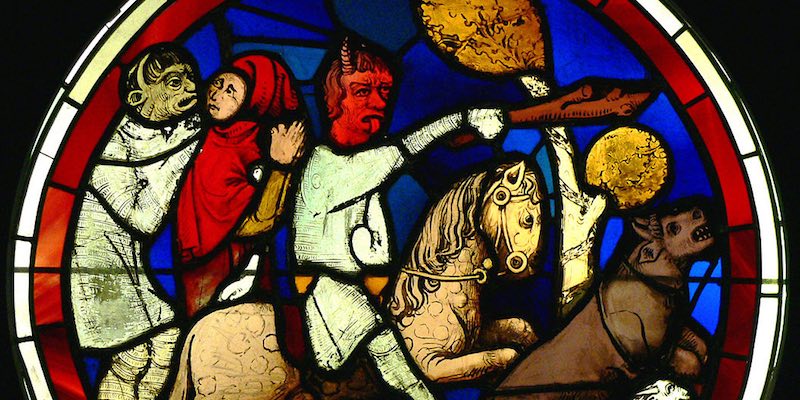 Among the medieval stained-glass windows in the upstairs corridor are religious scenes from La Sainte-Chapelle and the Basilique de Saint-Denis. Three large windows and the surrounding stonework come from the church of St-Jean-de-Latran, demolished in 1859 to make way for the Rue des Écoles, the street built between Cluny and the Sorbonne. 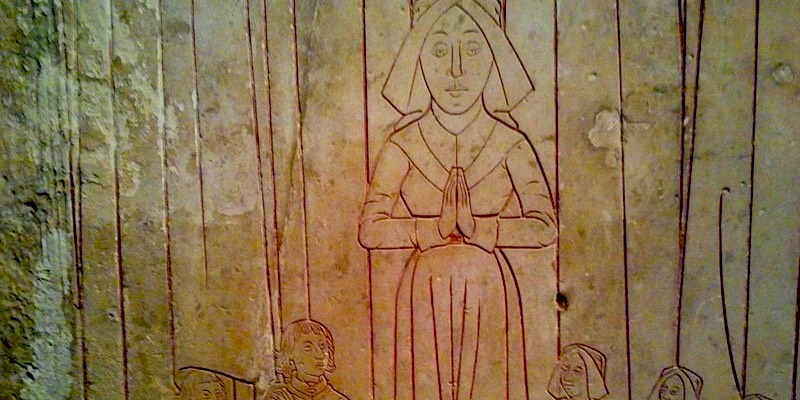 Tombstones were one of the dominant forms of funeral art from the 12th century onwards. At the Cluny, at the entrance to the Notre Dame Gallery, you can find the portal of the Chapel of the Virgin from Saint-Germain-des-Pres, a true jewel of Gothic art from the Saint-Louis era (1225-1270). 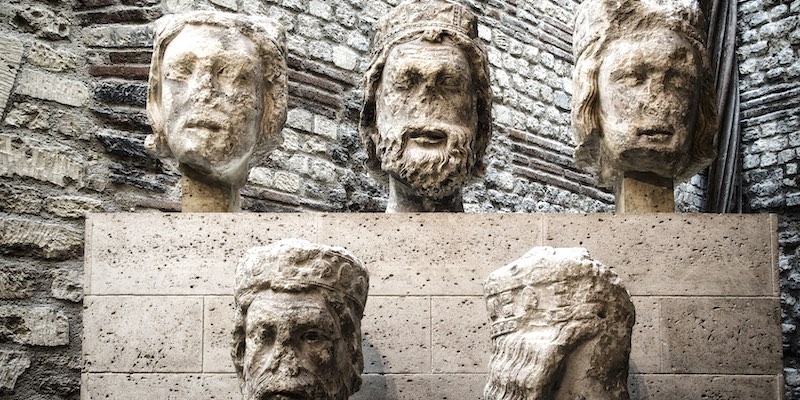 The stark white room in the Roman baths features sculpted stone heads of 21 majestic monarchs, all of them are without their noses. They represent the kings of Judea and Israel who, according to St Matthew's genealogy, were ancestors of Christ. The full-length statues of the kings were originally enshrined on Notre-Dame's west facade, but they were beheaded in 1793 by an angry mob who assumed they depicted the kings of France.

The statues have stood decapitated since then and it was assumed that the heads were lost forever. But in 1977, during an excavation near Opera they were found. The discovery is considered one of the 20th century's major archaeological finds. 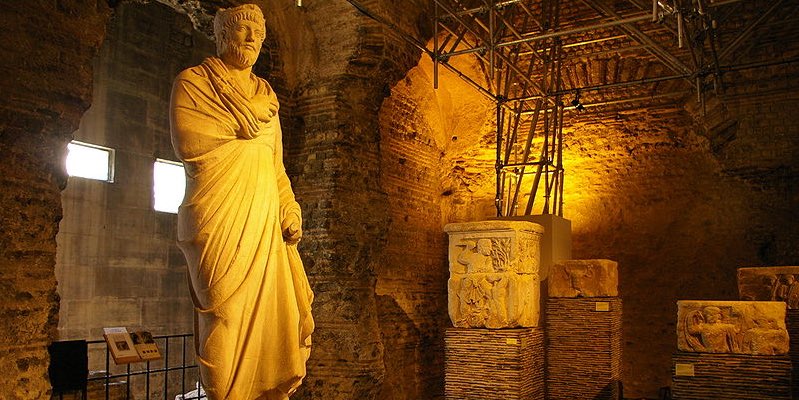 The surviving facings and renderings of the frigidarium (cold baths), the major remnant of the thermal baths of Roman Paris, have undergone restoration. The 15-metre-high vaulted ceiling houses the Pillar of the Nauti, offered to the god Jupiter by a Parisian named Nauti and precisely dated (14-37 AD) by its dedication to then-emperor Tiberius.

That makes it our most ancient monument of Lutetia, as the Romans called their settlement, and the largest Roman vault in all of France. The ceiling has survived eighteen centuries of wear and tear, even, for part opf its history, being covered with eight feet of topsoil. 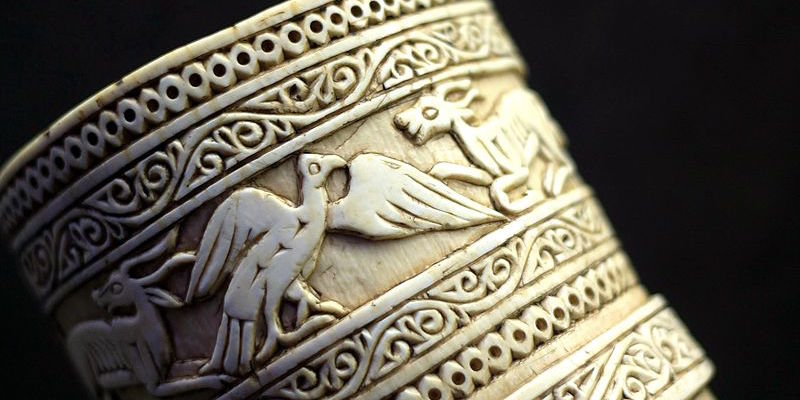 This is where you find precious stone, wood, and ivory sculptures from the medieval period. The ivories inside the display cases are from the 4th to the 12th centuries and show the evolution of this precious material, a favorite of the Middle Age artisans. 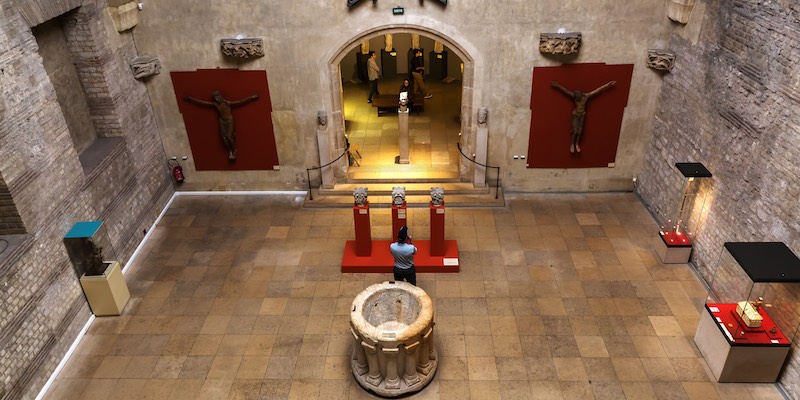 The evolution of monumental sculpture between the late 13th and the early 14th centuries is masterfully represented by the statues of Apostles from Sainte-Chapelle and from the hospital of Saint-Jacques-aux-Pelerins. They sit alongside Parisian ivory masterpieces including Blessed-Virgin Madonnas and a casket with an illustration of The Assault on the Castle of Love. 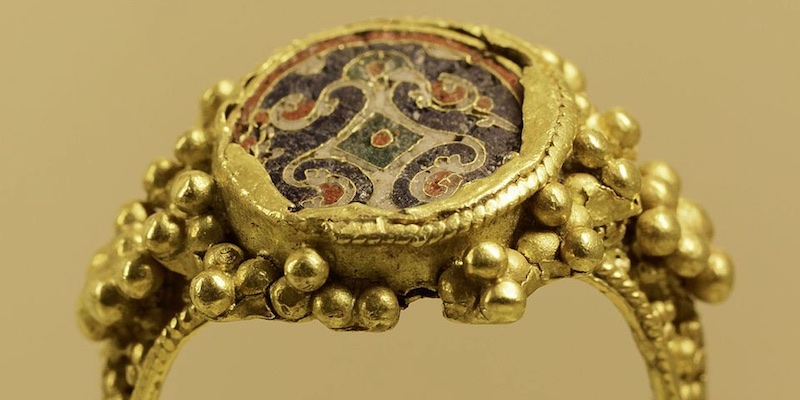 Upstairs, above the baths, is a dazzling display of Gallic, Barbarian and Merovingian jewelry, including six gold Visigoth crowns, two 13th-century gold double crosses, and the 14th-century Golden Rose that was presented to the Bishop of Basel by Pope Clement V.

One of the few surviving interior details of the original medieval mansion, this chapel was the abbot's oratory and is an architectural masterpiece. The elaborate vaulting sprouts palm-like from a single slender pillar. In a room near the chapel is an eagle lectern from 1383 and a 12th-century gift copper altar table. 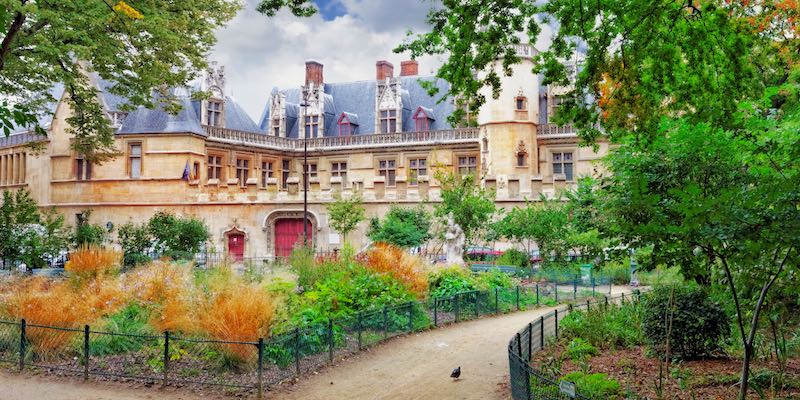 Originally opened in 1971, the gardens were upgraded in 2000 to include a medieval garden, a forêt de la licorne theme inspired by the tapestries. Divided into two parts, the first garden is dedicated to resting, and incljudes peaceful benches and a playground for children. The second is the medieval garden with terraces planted with the exact plants found in the tapestries.

Take time to stroll through the flower beds, organized as they would have been used in the Middle Ages — the medicinal herb garden with sage, hyssop, wormwood; the celestial garden with violets and daisies; the love garden with thyme and carnations. The garden terraces are in bloom from April to October.

Open daily from 8 AM to 5:30 PM in the winter and until 9:30 PM in the summer. The peaceful Cluny museum gardens are open to the public, meaning you can visit without a museum ticket.

The Roman baths were sacked during numerous barbarian invasions. Finally, in 1330, Pierre de Chalus, abbot of Cluny, the wealthy Benedictine abbey, bought the ruins and built the Hotel de Cluny as a residence for the abbots when they came to visit Paris.

Centuries later, after the French Revolution, the Hotel de Cluny was used for many purposes, all them non-religious, including as a surgeon's operating room for human dissections! Among the mansion's tenants, in 1833, was Alexandre du Sommerard, an art collector who specialized in Gothic and Renaissance art. When he died, the state bought the building as well as his collection and appointed his son Edmond as the first curator of the Musée de Cluny

In September 2020 the museum closed for an extensive renovation and to complete an ongoing modernization project. According to the announcement from the time, the work was expected to be completed in early 2022, but our experience with Paris museum renovations tells us not to expect to get inside until 2023.