The Moulin Rouge, with its signature bright red windmill, is the number-one rated cabaret in the City of Night and has been since its opening in 1889. Today, one hundred performers, including the legendary Doriss Dancing Girls — resplendent in feathers, sequins and rhinestone costumes — take to the stage for an evening of dazzling entertainment.

Exactly as old as the Eiffel Tower, the Moulin Rouge cabaret should be high on your list of things to do in Paris. We recommend booking a package that includes a classic French 3-course meal and plenty of champagne. The popular cabaret sells out weeks in advance, so be sure to book early!

We particularly like this option because you're treated as a VIP in the best seats at the Moulin Rouge. In fact, there are only twenty-four of these exclusive seats on the balcony, with clear views to the stage, sets, and dancing. The night also includes skip-the-line entry plus the show, a four-course French dinner, and fine wines and champagne selected by the sommelier. 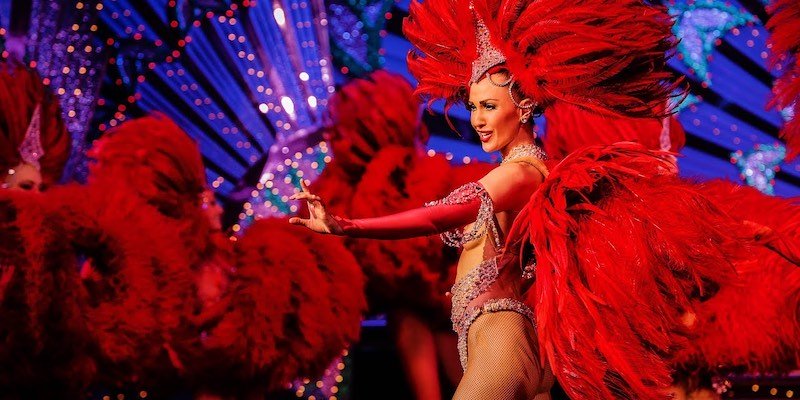 With thousands of 5-star reviews, this spectacular evening at Moulin Rouge is sure to be memorable. Feast your eyes on the extravagant Féerie cabaret show while sipping champagne. You can also opt to come early and dine at the Moulin Rouge before the show starts. If you do that, choose the Belle Epoque menu for the best experience.

Dining at the Moulin Rouge – What to Expect

Sure, it's a cabaret, but you probably didn't know that the Moulin Rouge is also known for its dining. The menu continually changes but here's a sneak peek of what you can expect when you dine at the world's most famous cabaret.

There are several menus to choose from, each is named after a pivotal actress, artist, or époque. Of course, it being France, a half bottle of champagne per person is always included! Dress code at the Moulin Rouge is elegant attire. Look your best — you're in Paris!

Mistinguett was a star of the Moulin Rouge in the early 1900s and one of the highest-paid female entertainers in the world. Mistinguett (Jeanne Florentine Bourgeois) started her career as a flower seller and became so popular that she toured the US and appeared in Time magazine.

Belle Épôque is French for the "Beautiful Era". This menu is dedicated to the period between the Prussian War (1870) and World War I (1914) when France's economy flourished and the arts, restaurants, culture and entertainment gained recognition.

History of the Moulin Rouge 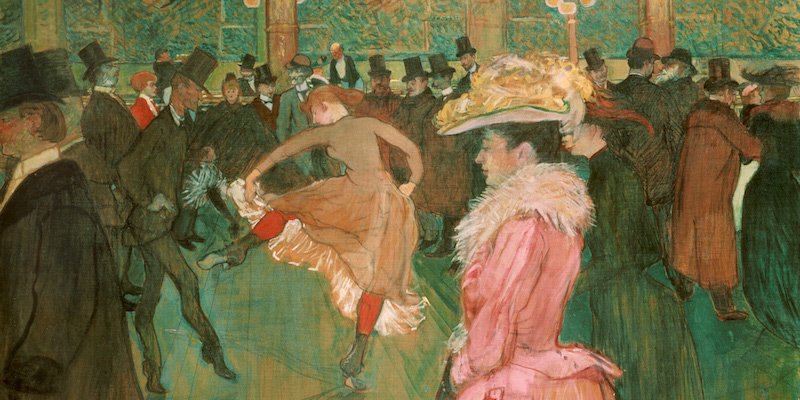 1889 was a big year for Paris. The Eiffel Tower was built, an International Exhibition was staged, and Moulin Rouge opened its doors. Founders Joseph Oller and Charles Zidler had a vision of creating a place where rich and famous Parisians could let their hair down in the shabby/chic part of town, Montmartre. Their extravagant design included a gigantic elephant sculpture in the garden — in fact, the early shows were inspired by circus acts.

Instantly, Moulin Rouge became a magnet to tout le monde — women, workers, artists, the bourgeoisie, businessmen and tourists. Enter Parisian artist Toulouse-Lautrec — It was his posters and paintings that boosted the Moulin Rouge to international fame.

The Moulin Rouge has been the spot for entertainment in Paris since it was built at the height of the Belle Epoque, the re-flourishing of Paris after France's defeat in the Franco-Prussian War. The French Cancan with its furious rhythms and scintillating costumes, along with a champagne-fueled audience, made the nightclub a sought-after destination.

Controversy has also been a part of the Moulin's history. Colette's 1906 performance Egyptian Dream caused a sensation. The Chief of Police threatened to close down the cabaret if the two-minute act was ever performed again. What was all the fuss about? A long kiss between Colette and her fellow performer, Missy, AKA Yssim, AKA the Marquise de Morny. 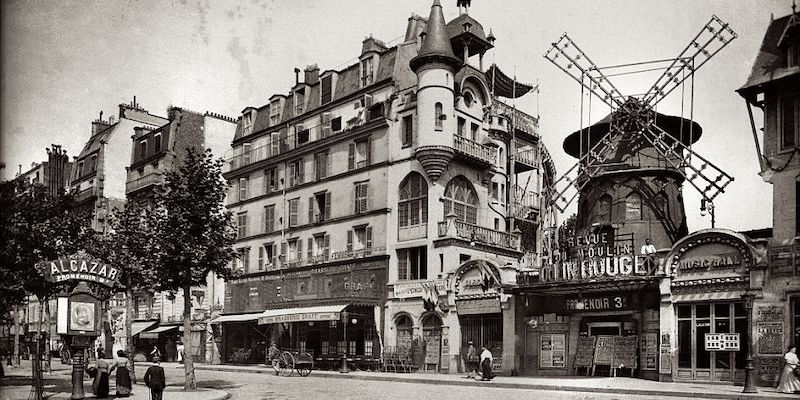 The Moulin Rouge, the birthplace of the can-can, has entertained Parisians and pleasure seekers from around the globe with its risqué and elaborate shows for 130 years. Those years haven't all been easy — over the decades the cabaret has faced many trials, from scandals and a major fire, to world wars and near bankruptcy.

Established during the Belle Époque, the Moulin Rouge made its debut the same year as another Paris icon, the Eiffel Tower. Both were launched in 1889, a time when the bourgeoisie was creating the art of travel, leisure, dining, and entertainment.

Decades passed and Moulin Rouge continued its famous revue, but it was not drawing the same size crowds. Bankruptcy loomed in the 1990s. Then something unexpected happened, a deus ex machina in the form of Baz Luhrmann's 2001 film Moulin Rouge starring Nicole Kidman and Ewan McGregor. The film brought new audiences to the night spot and new energy to the team. Since then Moulin Rouge has continued to be a top destination in the City of Light. 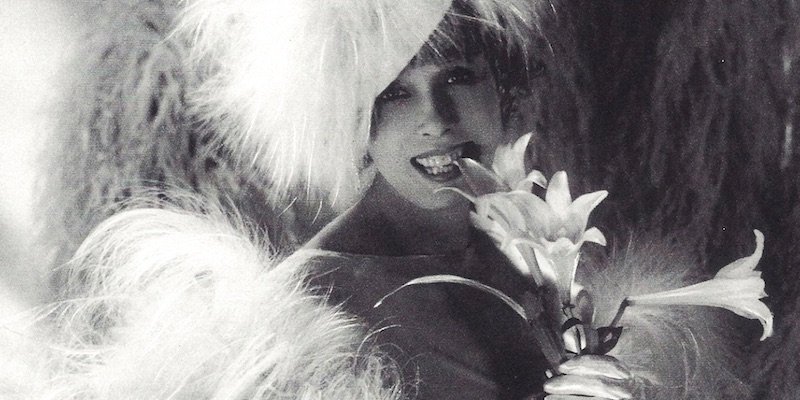 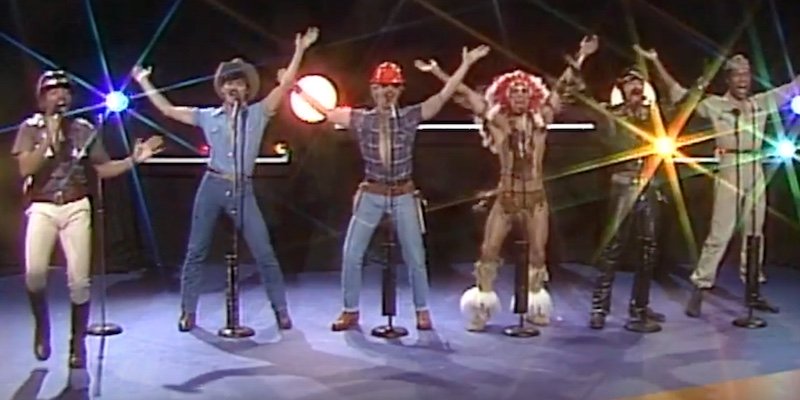