The Eurostar From London To Paris & Back Again

London to Paris by train (or vice versa) in 2 hours 15 minutes. The high-speed Eurostar bullet train, via the Channel Tunnel, travels at speeds of 300 KPH to cover the distance of 490 kilometres (200 MPH, 300 miles) with termini at the pristine St Pancras Station in central London and and Gare du Nord in the 10th Arrondissement of Paris. 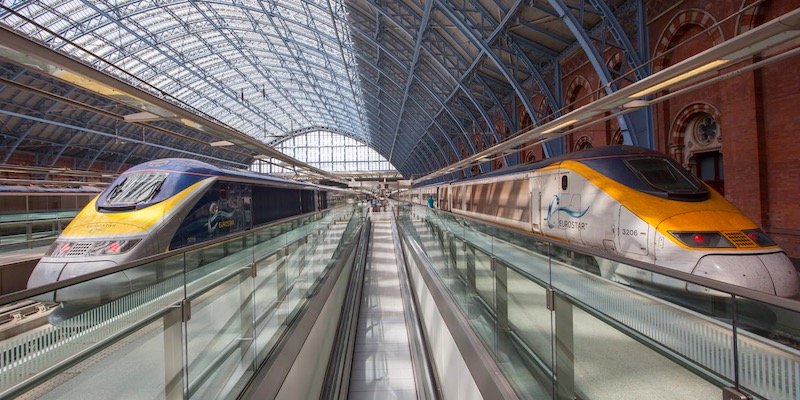 The Eurostar has become such a fixture of Paris and London life that it's hard to believe that the first Eurostar trip took place only in 1994. Since then something like 250 million passengers have ridden the Eurostar. There are numerous daily departures, seven days a week (in normal times, at least), year round except Christmas Day, from both London and Paris. You spend only twenty minutes in the Channel Tunnel, for the rest of the trip you're speeding through the countrysides of Kent and northern France. 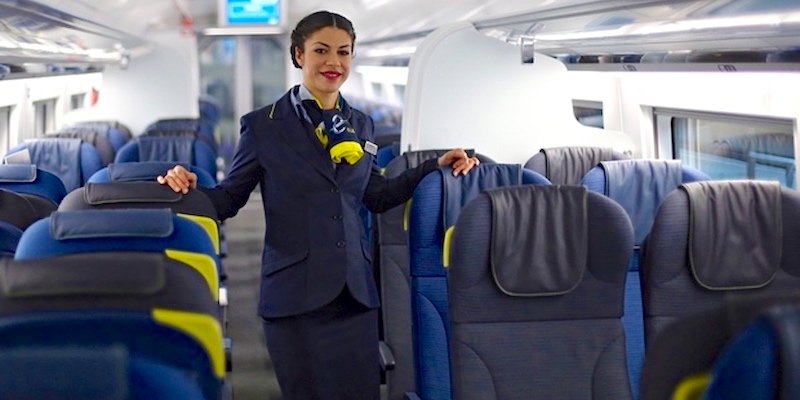 Unlike air travel, you only need to arrive at the centrally-located Eurostar stations thirty minutes before departure. Your bags do not need to be checked — you will take them on the train with you. The seats are comfortable and clean and the staff is superb.

If you upgrade to the premier level you'll be served a 3-course meal with champagne & wine. You're even free to bring your own food and drink onboard — including your own bottle of wine.

According to a study, 95% of Eurostar trains arrive on time, compared to 65% of short-distance flights. When we're traveling between London and Paris, we always opt for the train — the Eurostar is faster, more convenient, and more comfortable than flying. And we do hate those lines at the airports.

It's not surprising to us that the Eurostar London to Paris has captured more than 70% of the market from the airlines.