You can see it for miles, and at high tide it seems to be floating in the ocean. The Benedictine abbey and island of Mont Saint-Michel soar above a rocky peak in the bay. In 1979, Mont Saint-Michel was the first place in France to be named to the UNESCO list of World Heritage sites. Today over three million visitors make their way to the island and the abbey. Let's take a look at the best ways to visit this glorious landmark.

1. Visit Mont Saint-Michel on a Day Tour from Paris 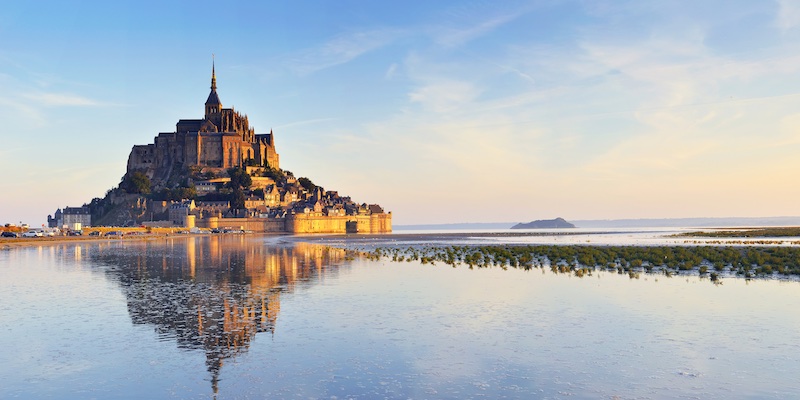 You're going to like this day trip from Paris that takes you to the fairytale island just off the Normandy coast, giving you the opportunity to explore the Benedictine abbey that becomes separated from the mainland during high tide.

On your way from Paris you drive through the picturesque Normandy countryside. Then, on a guided tour, you discover the history of the island and the abbey. See the cloister, refectory and the ramparts, which were added over the centuries to support the Gothic monastery.

There's time to wander along the narrow streets, the shops, the island's museums, and the abbey's ramparts. Also take in the spectacular views over the sands of the bay. At high tide, you will be spellbound as the sea rushes to surround Mont Saint Michel at a galloping speed to separate it from the mainland.

Everything is included on this small-group tour from Paris — transportation by air-conditioned minivan, entrance fees, a professional guided tour, a special tasting of the region's famous ciders, and return to Paris at the end of the day.

It's an amazing, but long, day trip through Normandy to Mont Saint-Michel and back to Paris. So why not spend the day in comfort on this private excursion to Mont Saint Michel relaxing in the luxurious seats of a Mercedes or other high-end vehicle. Your VIP passes get you past line-ups and make the day go so smoothly. This highly-rated activity is available to suit your traveling dates. 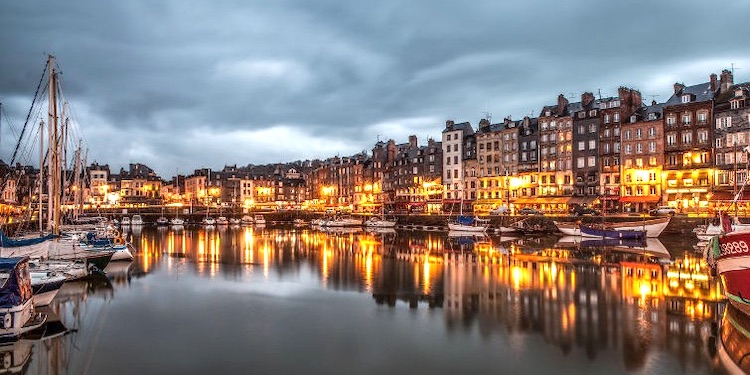 Rising like a mirage on the horizon is the small magical island of Mont Saint-Michel. It's only one of the highlights of this multi-day activity that visits the storied attractions of Normandy and even takes you into Brittany.

This two-day tour takes you to the best of the French countryside on the way to Mont Saint-Michel, including the D-Day beaches of Normandy and the prettiest towns of the region like Rouen, Honfleur & Saint-Malo. 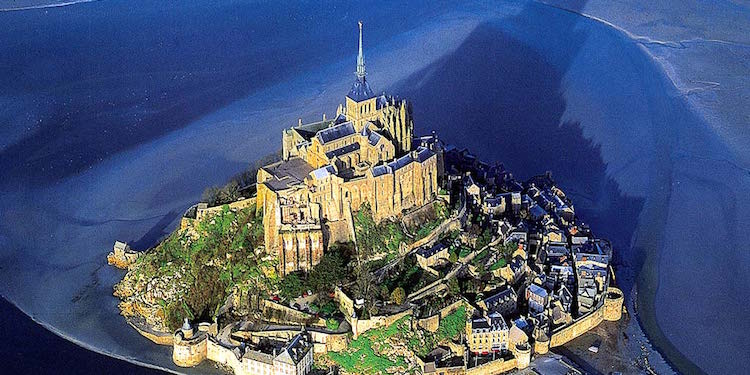 It was the Gauls of the 6th century who first used the island to protect their Breton culture against invaders. In the Middle Ages, a village grew around the church, with many of the original buildings still standing today. Then, during the 14th-century Hundred Years War the abbey and the village were fortified to fend off their enemies from England.

Since the medieval church was built here, Mont St-Michel has been a place of pilgrimage. For a thousand years, Christian pilgrims have visited the island in hope of salvation. The strip of land between the island and the sea is called "the path to paradise".