A Capsule History Of Paris, Part I – From The Celts To The Vikings

When a place is over 2,000 years old you can be pretty certain that there's going to be a lot of history laying about. And that is what's fascinating about Paris — you see its history in almost everything you do, every where you look, and every place you go. Here, for example, are a few tidbits —

We'll get to all that and more in our 3-part capsule biography of the city we all love. Knowing just a bit about the history is bound to make your visit more interesting and more rewarding. Let's start the history of Paris at the beginning, with the Celts. 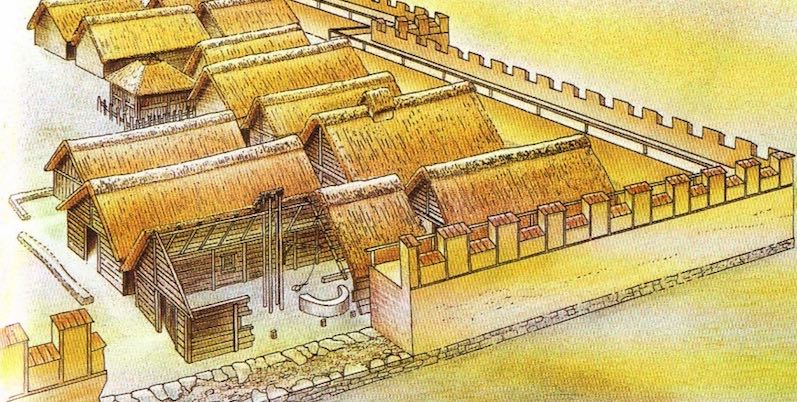 Illustration of a typical Celtic village.

The land that is now the French capital has always been fertile, with a mild climate, and 2,500 years ago the Seine River was filled with fish. In short, it was a very good place to put down roots, and the Celtic tribe known as the Parisii established a settlement here in about 300 BCE. It's likely that another attraction were the islands in the middle of the Seine — islands that could be easily defended. 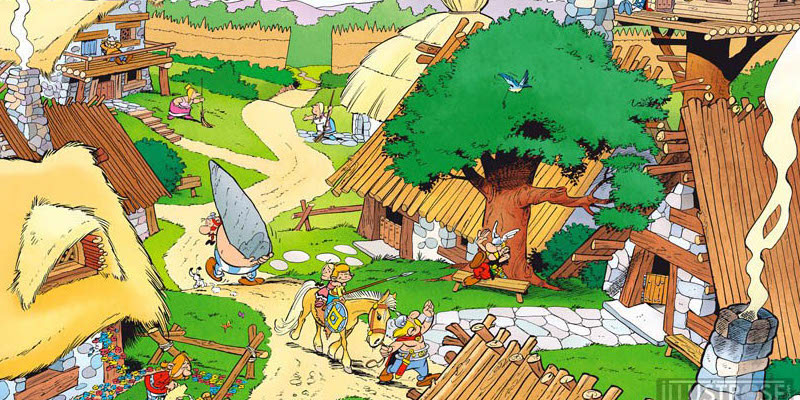 And so Paris was born, although at the time it was called by a Celtic name that may have meant something like "place to live in the waters". Also at that time there were seven islands in the Seine, where today there are only two. Both Île Saint-Louis and Île de la Cité (where Notre Dame Cathedral now sits) were originally three islands, later joined together. 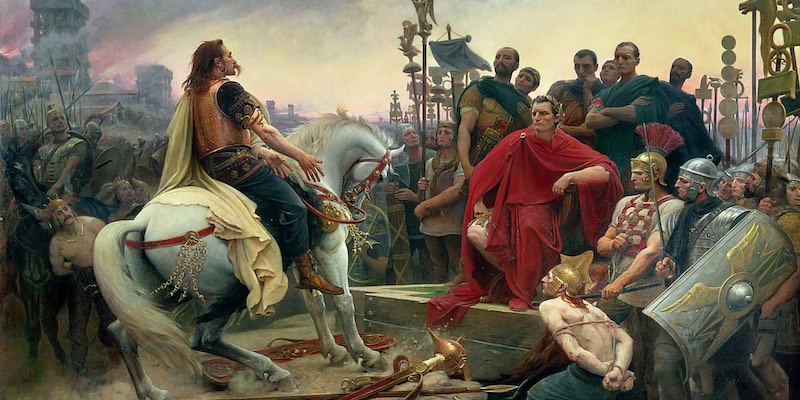 Vercingetorix Surrenders to Julius Caesar at Alesia, by Lionel Royer, 1899

Eventually the Romans arrived, as they did in so much of Europe, taking over the Celtic settlement because from there they could control river traffic. They first called the city on the Seine Lutetia, probably a romanized version of its Gaullic name, and later dubbed it Civitas Parisorium, meaning "the city of the Parisii". From this came the name Paris.

The Romans did their usual things — built fortified walls, laid out streets, expanded to the Left Bank, and built civic baths. Remains of the baths can be seen today at Musée de Cluny in the 5th Arrondissement.

Caesar's army had to crush a revolt in 52 BCE led by Vercingetorix, the legendary king of the Gauls. It was a bloody war that see-sawed back and forth. The Romans captured the Gaulish capital, destroying it and killing the population of over 100,000. In the end, Julius Caesar himself had to take command of the army to quell the rebellion.

Vercingetorix has remained a folk hero in France. In 1865 Napoleon III had a large statue of the Celtic leader erected at the city of Alesia, where Vercingetorix finally surrendered to Caesar.

The Huns & The Franks 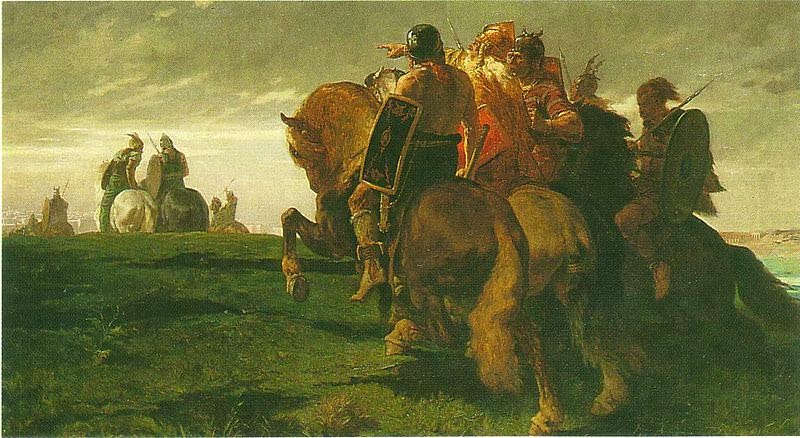 Franks, asking for directions to Paris

In the middle of the 5th Century the Huns came to France, lead by another famous general, Attila. Paris itself was spared the fury of the Huns, but a few years later the Franks came, under the leadership of their king, Childeric. It was under his son and heir, Clovis I, that Paris became the capital of what was then France. It is from this point that the history of Paris as we know it began.

This was back was the when the Frankish rulers had those great kingly names like Chlothar the Old, Chlodio the Longhair, and Clovis the Lazy. None of those boring names like Louis and Henry and Charles.

The settlement of Paris was still largely confined to the islands until Childbert, son of Clovis, built an abbey on the Left Bank where there was nothing but open fields. The modern name of this area of Paris still reflects this — Saint-Germain-des-Prés, or "Saint Germain of the Fields". 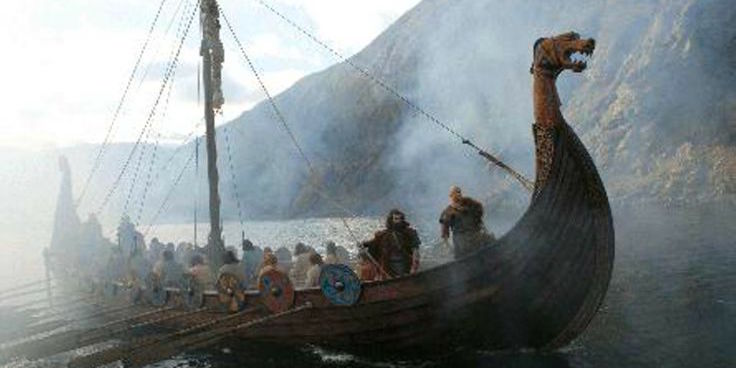 Vikings, on the hunt for baguettes and Roquefort cheese

When Charlemagne became king of the Franks in the 8th Century he moved the capital of his Holy Roman Empire away from Paris to western Germany. And then the Vikings came. That's right, Vikings. In the middle of France. If it isn't one thing, it's another.

After leading the valiant struggles against the Viking invaders, Odo, who had previously lost out to Charles the Bald, succeeded Charles the Fat as king of France. But it was Odo's former ally and rival, Charles the Simple (who was the son of Louis the Stammerer) who became the undisputed King of France in about 900 CE. See, we told you those other kings had the great names. Are you following this?

By the way, Charles the Simple ultimately defeated the Vikings. Under the treaty the Vikings recognized Charles' rule and were given in return lands in western France around Rouen that became, you guessed it, Normandy, named after the Norsemen.

More About the History of Paris