Here's a Paris Insiders tip — l'Arc sports one of the most pleasing views of Paris. Commissioned by Napoleon in 1806, L'Arc de Triomphe is only 50 meters tall (164 feet) yet is still one of the most recognizable monuments in the world. This commemoration of Napoleon's victory at Austerlitz is located at the western end of Champs-Elysées in the center of Place Charles de Gaulle, from which twelve streets form the shape of a star and give the site its more common Parisian name, l'Étoile. 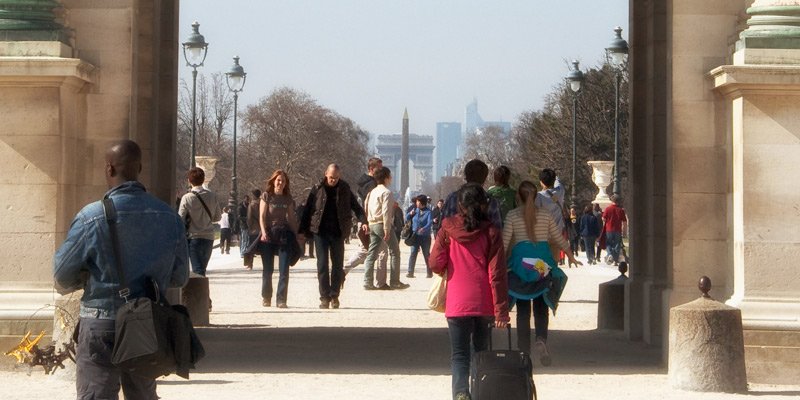 Arc de Triomphe, as seen in the distance through the Carrousel along the axe historique

From the top you get a real sense of the imaginary line (axe historique) that runs from the center of the Louvre (in the east), underneath the smaller Arc de Triomphe du Carrousel, through the Jardin des Tuileries, down Champs-Elysées, underneath l'Arc de Triomphe and then all the way out to La Défense in the west, where the axe historique runs through the giant Grande Arche — the much younger but much bigger brother of the arch you're standing on top of. 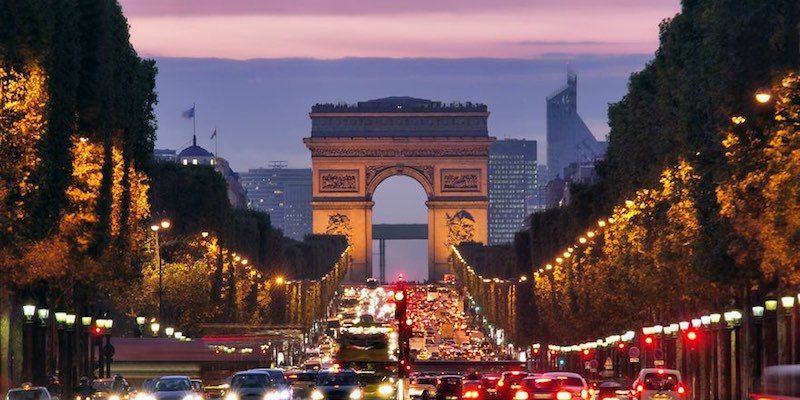 Arc de Triomphe, at the top of Champs-Elysées

You may not know it, but the first version of l'Arc was a wooden mock-up, created so Napoleon could march beneath it with his new (second) wife, Marie-Louise. (This was after he had unceremoniously ditched the more famous Josephine.)

While it wasn't completed until years after his death (in 1836), Napoleon was only the first of many armies and historical figures who marched through or around the arch. There were the Germans when they took over a defeated Paris in 1871 and 1940; the French army after World War I; then the Allied armies in 1944; and, of course, the victorious leader of the Free French, General de Gaulle.

The Unknown Soldier from World War I is buried in a tomb underneath l'Arc de Triomphe and now honors the soldiers who died in both World Wars.

By the way, for you fashionistas, after your visit to the Arc head east on Champs Elysées towards the Louis Vuitton flagship store. 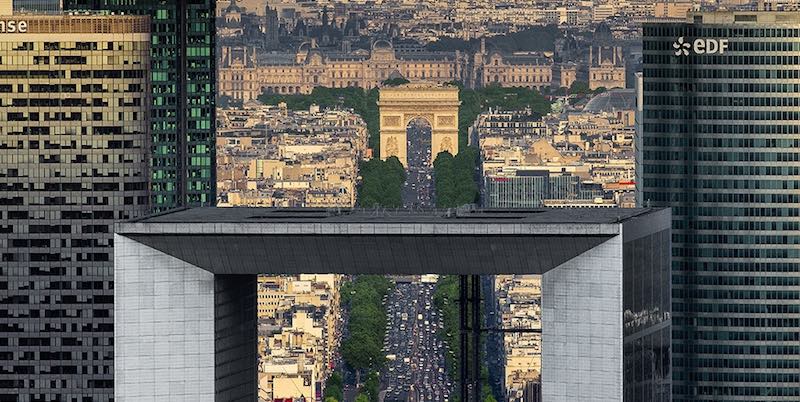 Arc de Triomphe viewed over the top of La Grande Arche, Louvre in the background

Walking west along Champs Elysées from the Tuileries Garden at Place de la Concorde you can't take your eyes off the Arc de Triomphe. It's an uphill walk and the Arc dominates the horizon as you approach it. If you were to walk right to the end of Champs Elysées you'd be at Place Charles de Gaulle, staring up at the enormity of the arch.

It seems so close and it might be tempting to brave the traffic and run across to the central plaza the arch sits in. But don't even think about it. This is perhaps the busiest intersection in all of Paris and the traffic is madcap. The safe way to get to the Arc is by using the underground passages, with entries on the north side of Champs Elysées and, on the opposite side of the Arc, on Avenue de la Grande Armée.

You can travel to the Arc on the Metro, taking line 1, 2, or 6 to the station Charles de Gaulle-Étoile. (You can also take RER line A to the same station.) There's no direct connection from the Metro tunnels to the Arc de Triomphe; you'll have to surface and then find the underground passageway.

Once at the plaza you can easily spend half an hour looking at the inscriptions and carvings on the Arc, and just appreciating its size. It's also kind of exhilarating to be (safely) in the middle of all that traffic. You reach the top of the arch via a series of staircases. There's a fee to climb to the top, but it's free if you have the Paris City Pass. No aspect of visiting the Arc de Triomphe is accessible for the physically challenged — from the stairs of the underground passageway to the stairs climbing to the top. 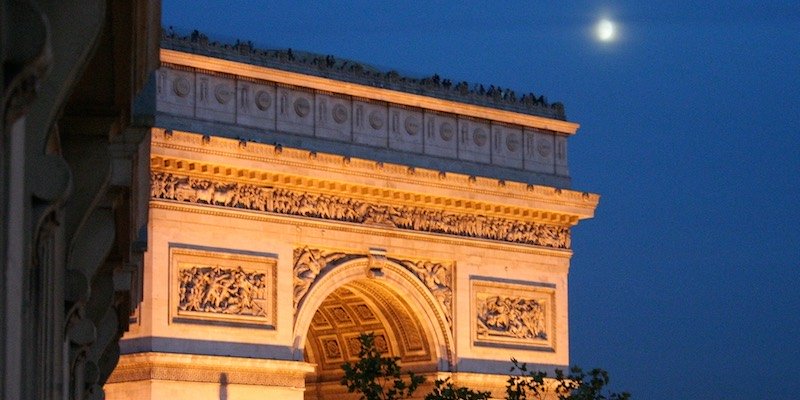 The Streets Meeting at l'Etoile