When we're not in Paris we're dreaming about Paris. And our favourite way to dream about Paris is to read great books about the City of Stories. So think of this as our book club, but a special kind of book club. One dedicated to the beauties, the culture, the food, the wine and the life of Paris and of France.

Sometimes we'll grab and out an old favourite from our bookshelf — Julia Child comes to mind. Or maybe Hemingway's A Moveable Feast. Sometimes we'll choose new books we've just discovered. They might be about a walk along the Seine, or about a lifetime spent in Paris. Other books help us get deep into the food culture of France (and we must confess that those are some of our favorites). Still others will contemplate the history of the city. And who doesn't love a great novel set in Paris?

Paris, paris – Journey Into the City of Light 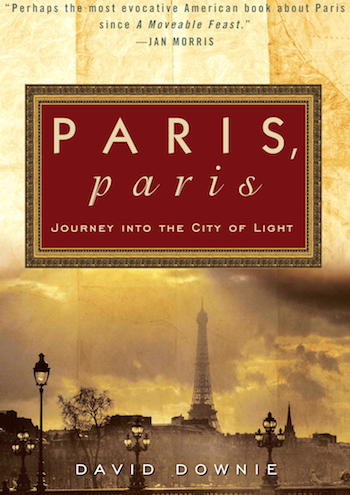 David Downie has been luckier that most of us, spending his days rambling around Paris and then writing about it. And he writes about it deliciously.

This is the book we go back to whenever we want to really feel like we're in Paris. We consider this book a Paris classic, although it was published only in 2011. Downie's book is exactly like accompanying your best friend on wandering walks in Paris: but the friend who has a lot to say, all of it interesting; the friend who knows the best places to stop for a glass of Jurançon sec from southwestern France; the friend who can sit on a bench with you, admire the view, and muse about what Paris really means.

As one reviewer said, "I ate the book up like a plate of many-colored macarons, savoring every flavor." We feel the same way.

Highly recommended for you and all your francophile friends. 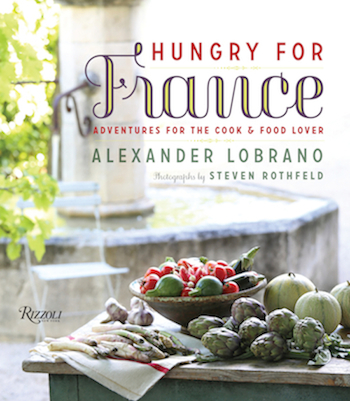 Anybody who has been interested in the food and restaurants of Paris is likely to already own Hungry for Paris, Alex Lobrano's book of restaurant reviews and food adventures.

Now Lobrano has expanded his vision and takes readers on a culinary journey to the food-rich regions of France — which is to say, almost all of the country.

But there's more than just Lobrano's writing to the book. What makes it worth owning are the luscious photographs by Steven Rothfeld that accompany Lobrano's writing. And let's not forget about the equally-luscious recipes by Jane Sigal (who for some reason doesn't get a cover credit). It's a large-format book ("coffee table") and the photo printing is superb. And the price at Amazon is amazingly reasonable.

Hungry for France, at amazon

Paris at the End of the World 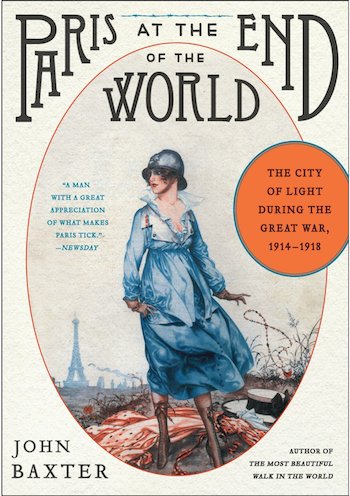 John Baxter has been living in and writing about Paris for more than twenty years. He wrote a best-selling book about Paris that we love going back to, The Most Beautiful Walk in the World, and now he turns his attention to a little-known story of the City of Light: what it was like to be in Paris during World War I.

During those terrible years Parisians lived under a constant threat of invasion and destruction. Although in the end the war never reached Paris, it was so near that the sounds of battles reached the city. So near that a brigade of taxis could drive soldiers to the front lines.

Baxter shows us that, even during a time of stress and fear, "Paris blazed more brightly than ever." He tells the story of individuals, both famous and unknown, and the story of the city, its culture, and what it was like to be Parisian during the most terrible war Europe had seen..

Even more enjoyable is John Baxter's account of cooking Christmas dinner for his extended French family. Warm inviting, engaging, and full of those kind of details about French food, we absolutely love re-reading this book during the holiday season.

A Gourmet Tour of France 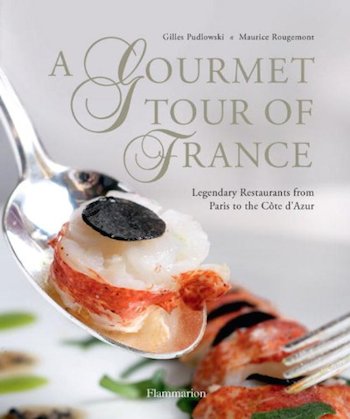 Gilles Pudlowski is a French food writer and critic who often manages to land himself in controversy with chefs and with other critics. We're not a big fan of his writing, but it's the accompanying photos that really make the book work: gorgeous in lovely full-color.

Pudlo (as he's known) takes us on a decadent journey to the elite players in French cuisine: 3-stars, luxurious, amazing. Guy Savoy, Pierre Gagnaire, La Tour Argent, the list goes on. He takes you inside the restaurants, you meet the chefs, you see the food he eats.

A Gourmet Tour of France, at amazon

Blowing Our Own Horn

How to Cook Bouillabaisse in 37 Easy Steps 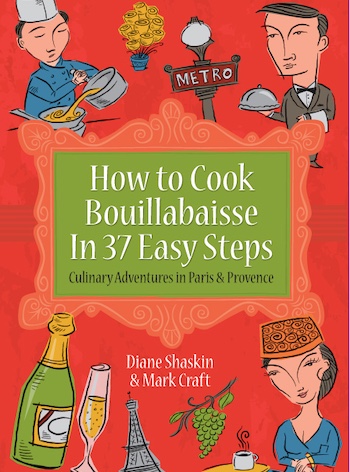 It's been some years since we wrote this book about our culinary adventures in Paris and Provence. We've done a lot of eating, drinking, and writing since then, but we still enjoy going back and remembering those heady days of discovery.

We remember how exciting it was when the book took top place among North American books at the Gourmand World Cookbook Awards held at the historic Folies Bergère theatre in Paris.

How to Cook Bouillabaisse in 37 Easy Steps — Culinary Adventures in Paris and Provence is still available at Amazon.