Where can you see 5,000 years of Asian art under one roof? If you answered the Guimet Asian Arts Museum, you're right. It's the largest of its kind in Europe and it just happens to be here in Paris. Too bad it's often overlooked by travelers to the City of Museums. It's all thanks to Émile Guimet — a sort of French Indiana Jones type, traveling the world in search of interesting stuff — who founded the museum to showcase his amazing collection.

With statues of Buddha & Zen monks, rare Indian fabrics, Khmer treasures, and Chinese fine art, the collection spans and area from Afghanistan to China, India to Southeast Asia. The Musée Guimet Paris takes you on a meditative, aesthetic journey to the heart of Asia. Let's peek inside the massive collection found in a tranquil part of the 16th Arrondissement. 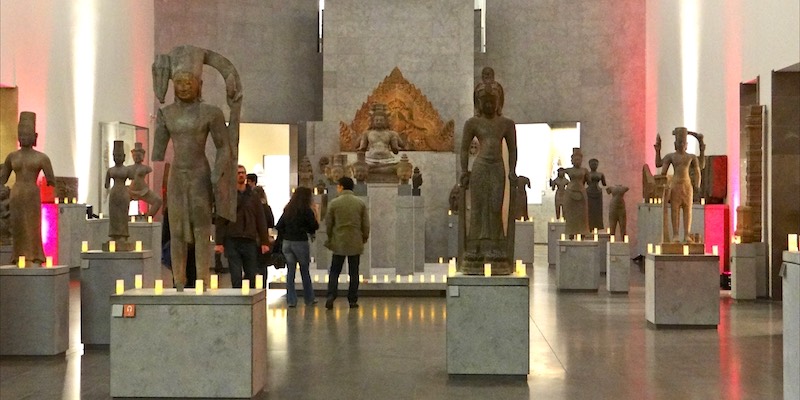 When you arrive you are welcomed by a sea of Asian statues — all under the library dome, which has been declared an historic monument. The Guimet Asian Arts Museum Paris is vast, with many collections divided into areas — Afghanistan-Pakistan, the Himalayas, Southeast Asia, Central Asia, China, Korea, India, Japan, Textiles, Photographs, and Treasures of the Library.

Located in the former mansion of a wealthy banker, the museum building was constructed in 1913 by an architect named Rene Sergent. In 1955 the mansion was bought by the Ministry of Education; the not-to-miss tea pavilion was completed in 1991. What's interesting is that the original collection — hundreds of Japanese artworks and Chinese artifacts — was gathered by one guy, Émile Guimet. The artifacts are presented as they would be in Buddhist temples.

Don't miss the Japanese Garden, AKA the Panthéon Bouddhique. This haven of peace and tranquillity is the perfect place to steal a few minutes of meditation. The Galeries du Panthéon Bouddhique is located in the wing of the Guimet Museum dedicated to Japanese and Chinese art. 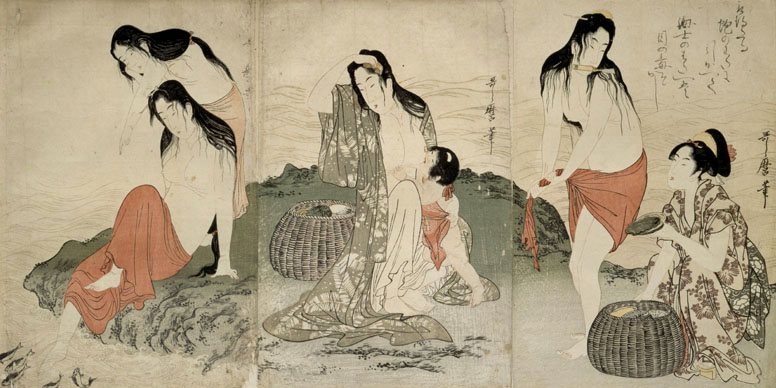 In 1876 Guimet traveled around the world with stops in Japan, China, and India. On his journey along the Silk Road, he acquired an extensive Asian art and artifact collection. At first the museum was located in his hometown of Lyon, but it was moved to Paris in 1879.

During his lifetime Musée National des Arts Asiatiques Guimet (the official name) shifted focus from the religions of Ancient Egypt to the art of Asian civilizations. Other French archeologists inspired by Guimet visited Siam (now Thailand) and Cambodia, gathering additional collections to bolster the burgeoning museum.

Over the years the Guimet Museum has decreased the number of religious relics to showcase other treasures from Asia. In 1912 religious icons were replaced with Tibetan art collections. In 1927 the Musée Guimet was placed under the management of French Museums Directorate. If was in this period that large collections from Central Asia and China were adde. Since then the collection has continued to grow and diversify. 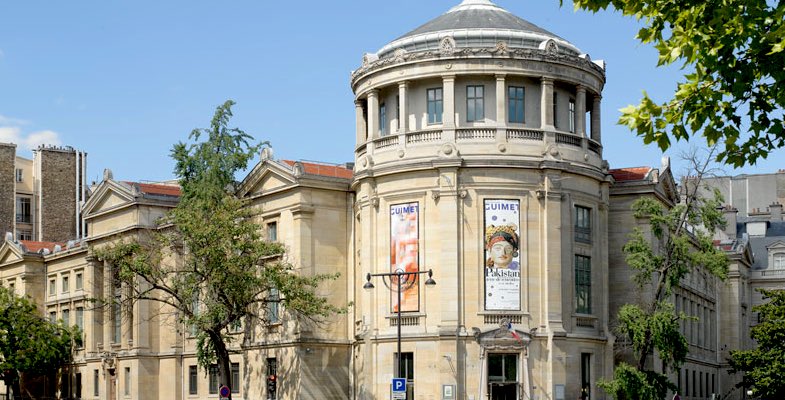