Hotel George V Paris – A Palace With a 3-Star Restaurant

Step inside the George V Hotel (or Le Cinq, as Insiders call it) and you'll be hard pressed not to be wowed by the opulence of it all. This legendary luxury hotel sits proudly on Avenue George V near the celebrated avenue, Champs Elysées. And, we might add, just a stone's throw away from the Louis Vuitton flagship store. It's one of the top-rated hotels in Paris, in fact, we rate it "Superb-Plus!". It's also one of only a handful of hotels in Paris with the prestigious Palace designation. 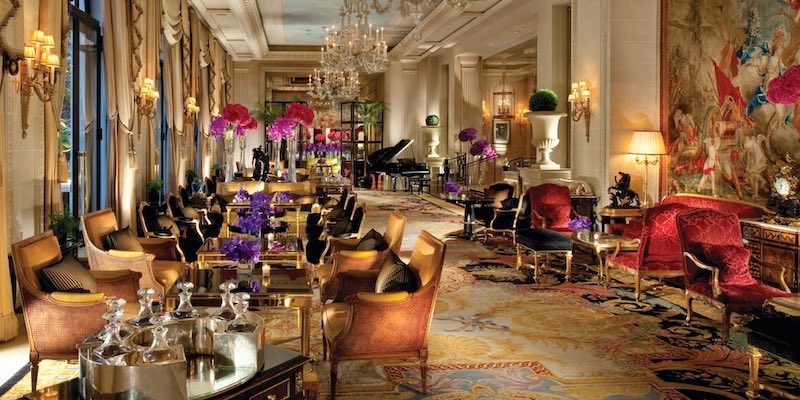 The wow factor begins in the lobby with its 18th-century tapestries, spectacular flower arrangements, fine art, and marble-and-gold finishes. The hotel restaurant, Le Cinq, has received Michelin's highest accolade of three stars. And, if you're in the mood for pampering, the spa is legendary.

What You Can Expect at the Hotel George V Paris

If you're lucky enough to stay as a guest, even the standard rooms will leave you speechless. Ask for a room with a balcony and you'll be rewarded with a private view that overlooks the grands boulevards and the Eiffel Tower.

It's luxury through and through in the 245 guest rooms and 59 suites (including 30 with a private terrace). Behind the Art Deco facade you'll find each room individually decorated with a blend of modern amenities and antique touches.

Francois Dupré, who owned the hotel from its opening in 1928 until 1968, amassed a vast collection of antique furniture, Baroque statues, Louis XIV tapestries and paintings that still decorate the public areas and private rooms.

Like most five-star & Palace hotels in Paris, the Le V has an opulent health club with a swimming pool, sauna, steam bath, and a full-service spa along with fitness instructors. If you're traveling with children, the staff goes out of their way to make your kids feel welcome with comfy bathrobes and slippers, and their own special children's menu. 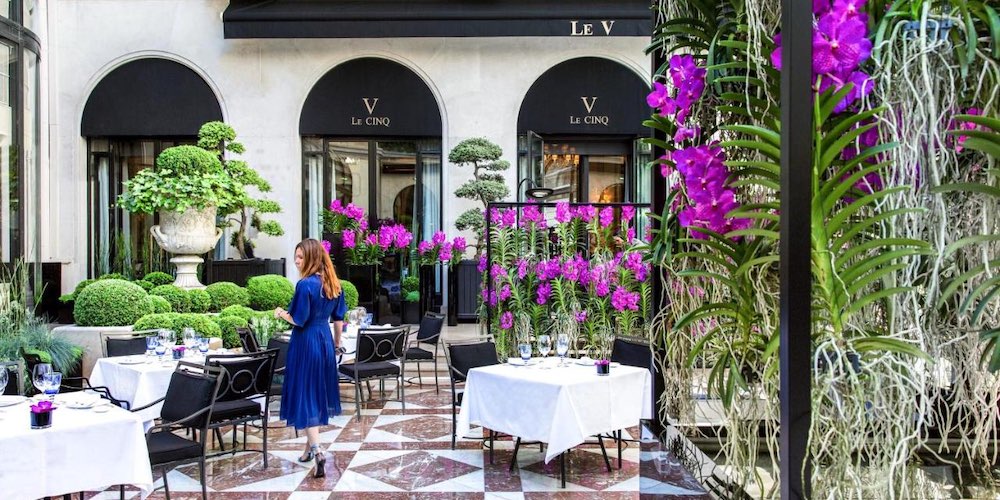