Musée du Quai Branly – Art & Artifacts From Around The Globe

A relative newcomer to the Paris museum scene, Musée du Quai Branly opened in 2006 to present 20,000 years of history and art with 370,000 works from Africa, the Near East, Asia, Oceania, and the Americas. The museum says its collections are meant to showcase the cultural diversity of non-European civilizations from the Neolithic period to the 20th century. 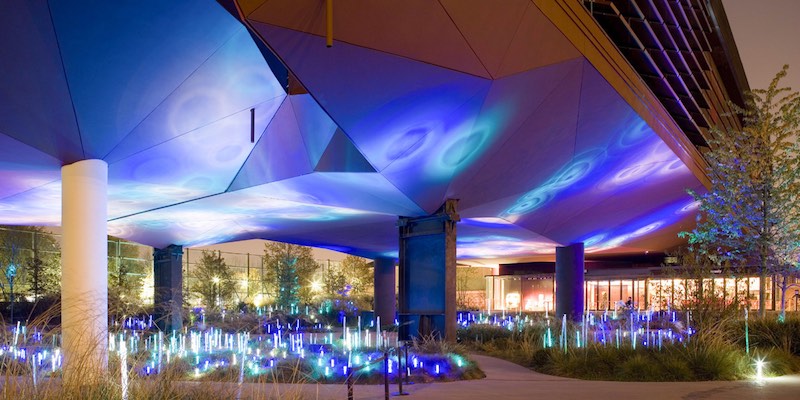 The Quai Branly is divided into four geographical areas — Oceania, Asia, Africa and the Americas. The exhibitions can be viewed in a circuit by following a central aisle built to resemble a river. Each thematic area highlights a specific region. Given the fragile nature of the art, the collections change throughout the year. Let's take a look at the regions represented. 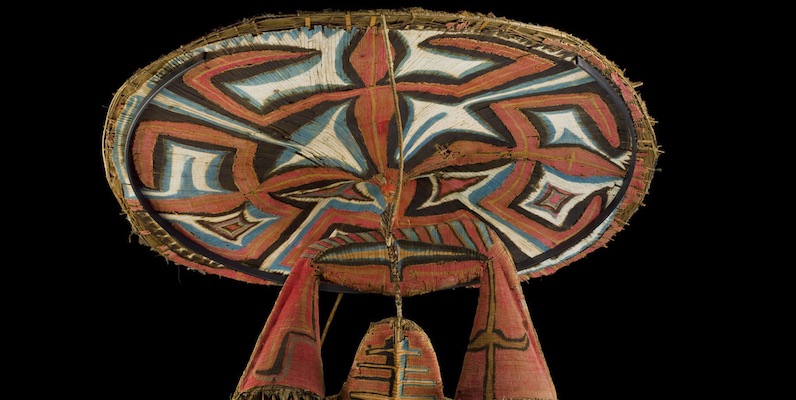 Oceania is composed of the geographic area stretching from Malaysia to the south Pacific. Connected by its shared history and culture, this department includes Insulindia — eastern Malaysia, Indonesia and the Philippines — Melanesia, Polynesia, Micronesia, and Australia. The geographical division is based on the work of French navigator J.S. Dumont d'Urville, published in 1834. It served as a framework for most future Oceanian collections.

Here you can compare cultural themes such as funerary rituals, and the relationship with ancestors and divinities. Highlights of the collection include a 20th-century anthropomorphic face mask mask from Guinea used in initiation ceremonies. You can also see the influences from Islamic art in the aluminum metal plates and mirrors. 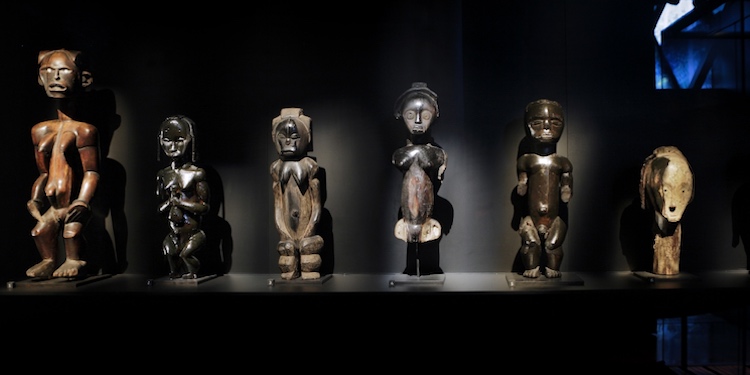 One thousand works are displayed in the African collection, organized by region. First are the archaeological masterpieces, then the walking tour begins with the art of Mali. It continues with West African masks and statues from Benin and Nigeria. Cameroon is next, followed by magical objects from the Congo.

The Kota and Fang reliquary guardians (relics that link the living to the dead) are stars of the central and southern African section. You also see funerary posts from east Africa and Christian art of Ethiopia. There are films, texts, and documents — all about African artworks and their civilizations.

North Africa & the Near East 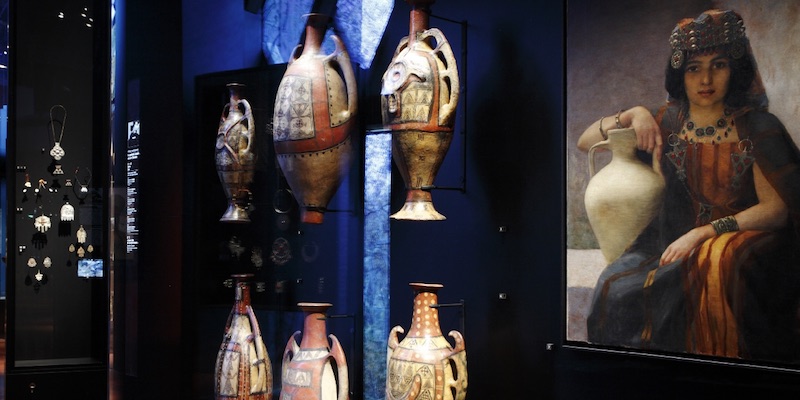 A small display case dedicated to face-veils features a piece of clothing that dates back a thousand years. Also note the imposing dromedary palanquin (luggage carriers on camels), on which nomad women rode from the steppes of Syria.

Other highlights include talismans, amulets, and ex-votos (offerings to a saint or divinity), evidence of the survival of ancient beliefs. Also of note are the collections of ceramics and of sumptuous gold and silver jewelry. A display case is dedicated to magic and agrarian rites and includes a set of traditional Moroccan punishment dolls. Ouch! 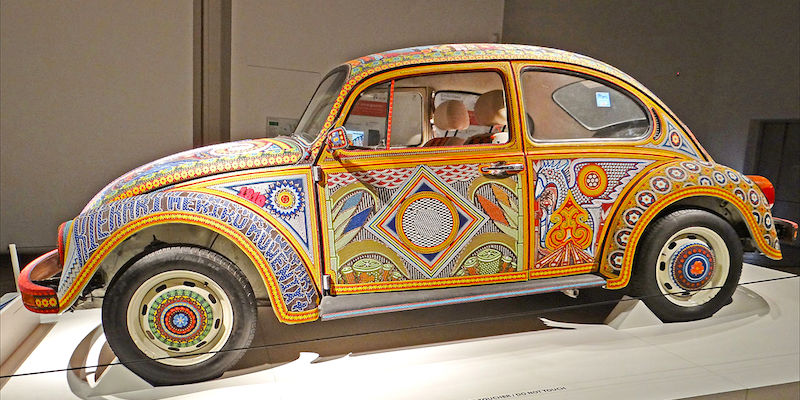 The Americas collection is divided into two major sections — the 17th century to today and the pre-Hispanic America before the European invasion. The collection kicks off with an area dedicated to Afro-American cultures. Since the museum's opening in 2006, more than 80% of the America's displays have been redesigned to shine new light on 100,000 recently acquired items. 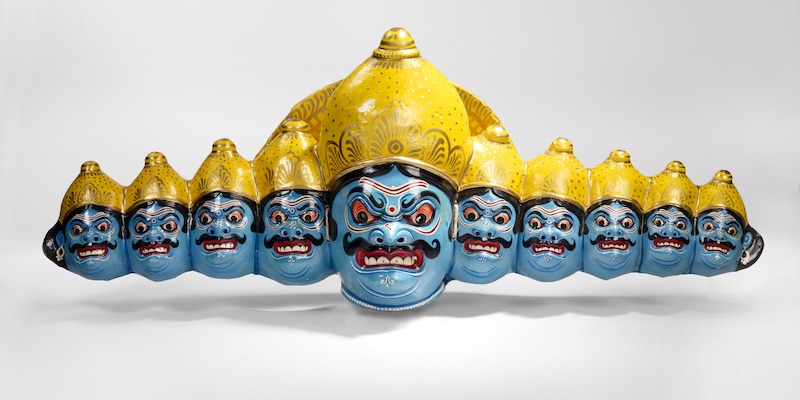 The section dedicated to Asia presents arts from the 19th century to the present day. The exhibition shows off costumes and finery with Ainu dresses from Japan, saris from India, and jewelry from southern China. There are also themed areas that feature religious arts such as the Buddhism of southeast Asia and shamanism of Siberia.

A Bit of Quai Branly At the Louvre 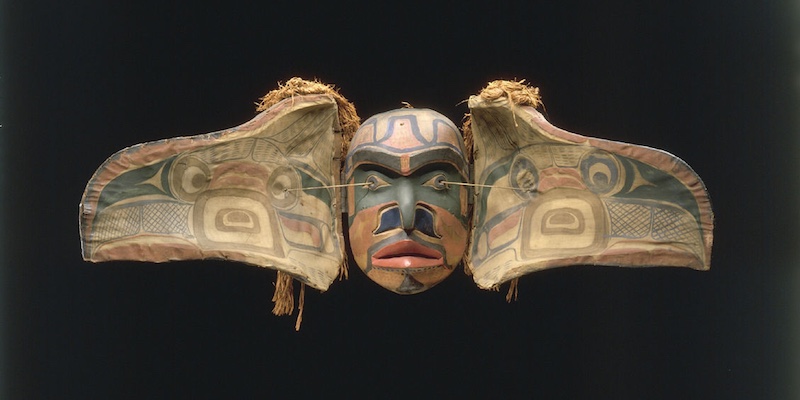 History of the Quai Branly Museum 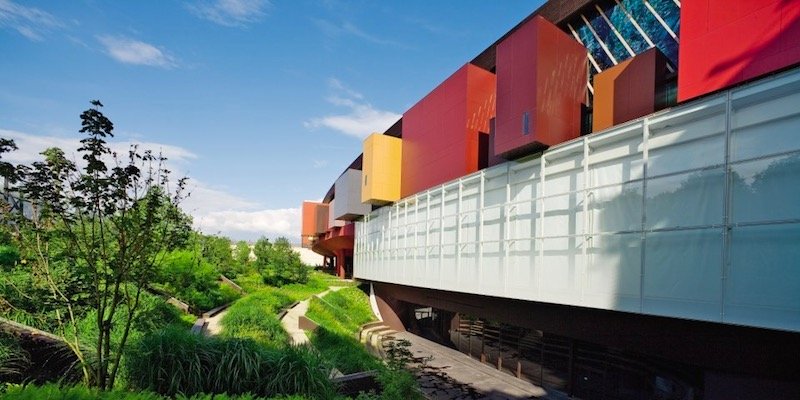 The collection now at the Branly was at one time dispersed across Paris in various museums, including the Louvre. Going was back to 1878, during the Universal Exhibition in Paris, the Musée d'Ethnographie du Trocadero was inaugurated. Then, in 1937, the Museum of Man was established to take the reins from the Musée d'Ethnographie du Trocadero. Redesigned and based on scientific principles, the museum was enhanced by expeditions aimed at creating an inventory of artifacts from cultures of the world.

Anyway, Musée du Quai Branly finally opened in 2006, taking in collections from the other museums mentioned. With more than 370,000 objects, the Quai Branly is Europe's largest center for the promotion of non-European arts and civilization.

Oh, by the way, the museum has recently attached the name of Jacques Chirac (former mayor of Paris and former president of France) to its official title, making it the very cumbersome Musée du Quai Branly – Jacques Chirac. 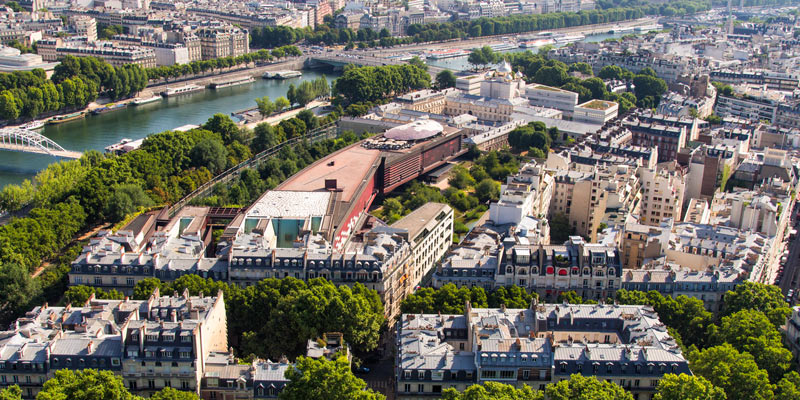 When you're at the Eiffel Tower, head towards the Seine and take a right turn — it's a short six-minute walk to the unassuming entrance of the Quai Branly Museum After your visit, relax in the outdoor cafe or head upstairs for lunch or dinner for the museum's rooftop restaurant, Les Ombres.

The museum and all its galleries are open during the hours shown below. Health and sanitary measures are in place and all visitors over 11 years of age are required to wear face masks.