The 17th Arrondissement Of Paris – The Residential Northwest

The 17th Arrondissement of Paris, holding down the northwest corner of the city, is huge — three times the size of the more-well-known 1st Arrondissement (the center of Paris, where you find the Louvre, the Jardin des Tuileries, and Palais Royal, among much else). In the 17th there is no Eiffel Tower, no Pantheon, no Musée d'Orsay. There are no tourist crowds.

What the 17th Arrondissement does have is Parisians. It's a residential district, where people live their daily lives. So, it makes sense that there are lots of shops, street markets, restaurants, and the kind of services that Parisians need. Nearly 170,000 call the 17th home, but there used to be a lot more when the quartier reached its peak population of around 235,000 in 1954. Let's take a look at what Parisians find so attractive about this vibrant area, and some of the things a visitor might want to see. 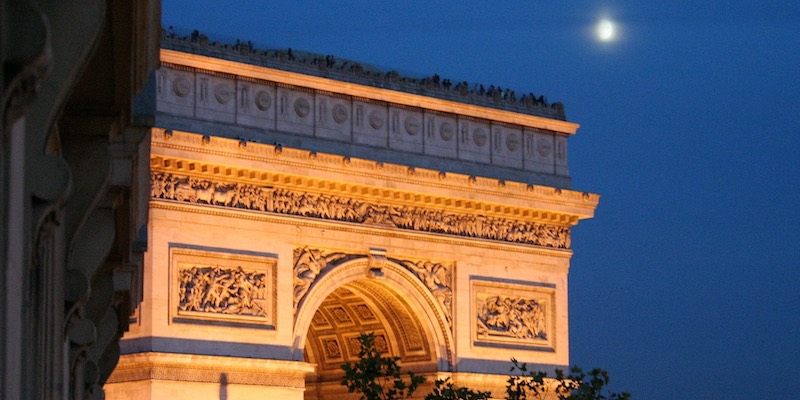 Arc de Triomphe, as seen from the 17th Arrondissement, photo by Mark Craft

You may not have thought of the Arc de Triomphe as being in northwest Paris — but the north corner of it is! Located on the large traffic circle and plaza familiarly known as L'Étoile (due to the eleven streets that lead off of it, like rays from the sun), but officially called Place Charles de Gaulle, Napoleon's monument to his foreign military victories sits directly above the point where the 8th, 16th, and 17th Arrondissements meet. It also happens to be the southernmost point of the 17th and the place where Avenue des Champs-Elysées ends. 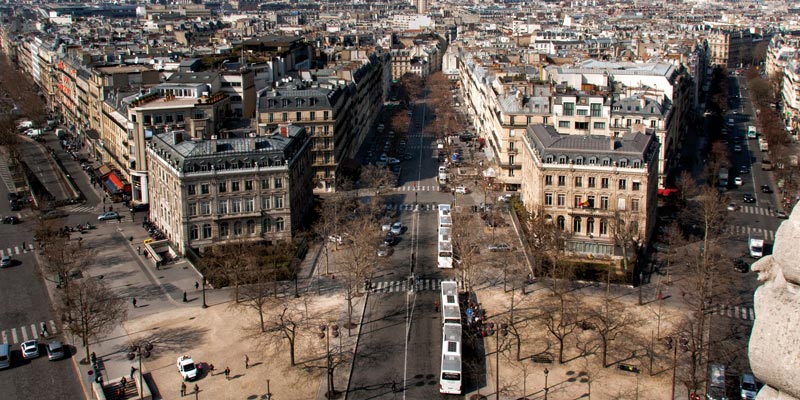 Avenue Carnot as seen from the Arc de Triomphe, photo by Mark Craft

During the second half of the 19th century, Napoleon III ordered his chief city planner, Baron Haussmann, to modernize the jumbled medieval city of Paris. And so, in 1854, a massive rebuilding began. Thousands of old buildings were torn down; wide, straight boulevards were plowed through the ancient neighborhoods of Paris. Parks were built, sewers were constructed, thousands of new five-story buildings were placed side by side along the new thoroughfares. This was also when Paris doubled in size by annexing surrounding towns and villages — including bringing in the rural enclave of Batignolles-Monceau to create the new 17th Arrondissement.

At L'Etoile a number of new wide, straight streets were created,radiating out from the center. Among them were the avenues Wagram, Kleber, Monceau, and Mac-Mahon. Avenue Carnot was to be the eleventh radial, heading to the northwest from Etoile to cross Avenue de Ternes on its way to the new boundaries of the city. However, when only the first block of Carnot was completed, Haussmann fell from power (followed soon after by Napoleon III himself) and work was abandoned, so that today the wide Avenue Carnot, with its side boulevards and its 5-story buildings, abruptly halts after one block and dumps all of its traffic into the narrow and ancient Rue de Armaillé.

3. The Market on Rue Poncelet 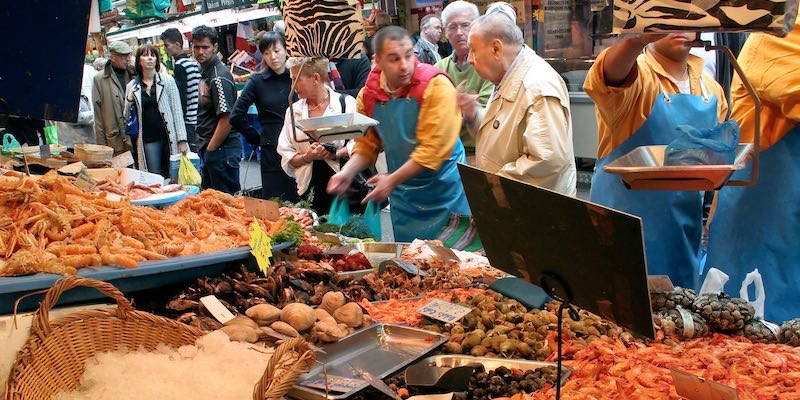 This vibrant market street serves Parisians who live around Place de Ternes. It's a very busy place where you can find great vegetable stalls, boucheries, boulangeries, chicken rotisseries, flower stalls, and one of the best fishmongers in the city. (So busy is Rue Poncelet that there is a competing fish market directly across from the first.)

Now renamed simply Restaurant Jacques Faussat, tis Michelin one-star restaurant is tucked away on a residential street not too far from Parc Monceau and not too far from Place des Ternes. It's not a place you're likely to stumble upon while visiting the sights of Paris, but what a find it is! Chef Faussat hails from the Gers region in southwestern France, near to the Basque country, and the flavors of his youth are evident in his cooking. As we say in our review, his flavor combinations are not to be missed. 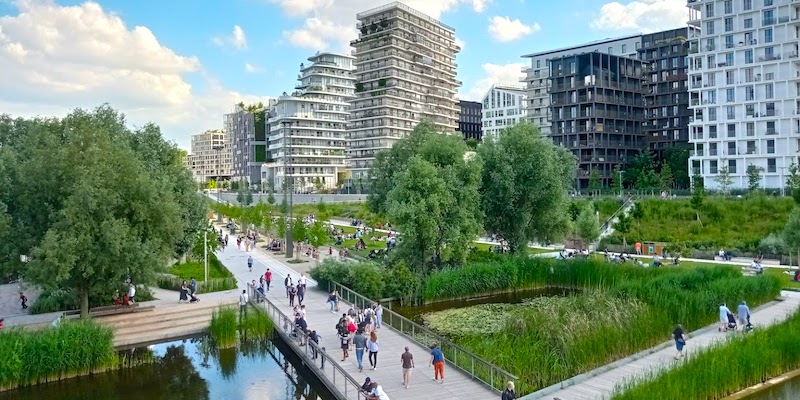 This lovely 25-acre green space was first developed as part of the Paris bid for the 2012 Olympics. The city wasn't awarded those games, but the park and the surrounding development went ahead. Built on land formerly owned by SNCF (The French national train company), Parc Clichy Batignolles – Martin Luther King (to give the park its full name) was designed to achieve a close-to-zero carbon footprint by including things like wind turbines and solar panels, rainwater harvesting, and waste management. The plants in the park consume little water and require minimal fertilizer.

If you've never heard of the artist Jean-Jacques Henner (and that wouldn't be unusual) you might be surprised to find that there's an entire museum dedicated to his work and life. However, it's unexpectedly interesting and even delightful. It's housed in a 19th-century mansion that features, among the artist's work, a charming winter garden.

By the way, the reason Jean-Jacques Henner is remembered is because he was an expert in two painterly techniques. "Sfumato" is a way of creating a smooth transition between parts of the painting, to achieve greater realism. Think Leonardo da Vinci, who may have invented the technique, and used it in Mona Lisa. Another technique, "Chiaroscuro", is the use of strong contrasts between light and dark sections to create depth and drama. Think Rembrandt and all those Dutch guys. 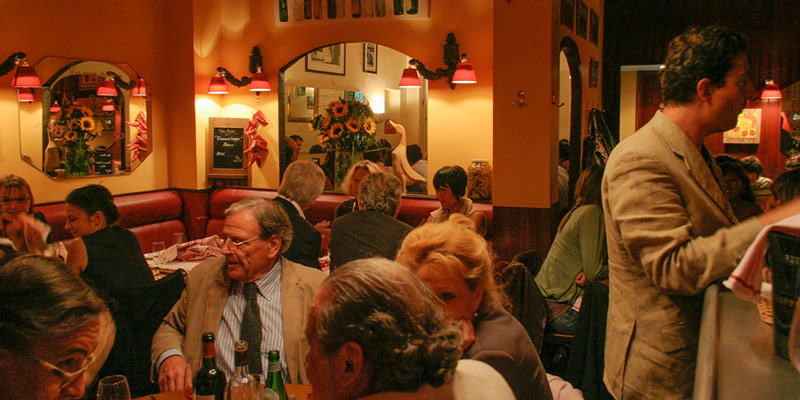 There's a reason why this small bistro is always packed — it serves up good, traditional French fare at reasonable prices. And we do mean "packed". You may have to squeeze past other diners to get to your seat, and servers will be passing dishes over your head. But, that's all part of the charm. Our favorite seat is the corner table at the back left, between the chalkboard and the mirror.

Update — In the years since we first wrote about L'Entregeu (and took the photo) the restaurant has changed hands. Nonetheless, reviews are good, the room is charming, and the location is great.

The Best Places to Stay in the 17th

The 17th starts at the foot of the Arc de Triomphe and fans out northwesterly to the boundary of Paris. We enjoying staying in the Ternes quartier of the 17th near to the Arc — you're living la vie Parisien among the locals, yet you're very close to the Champs Elysées and other attractions and sights of the city. Here are some of the hotels we like. 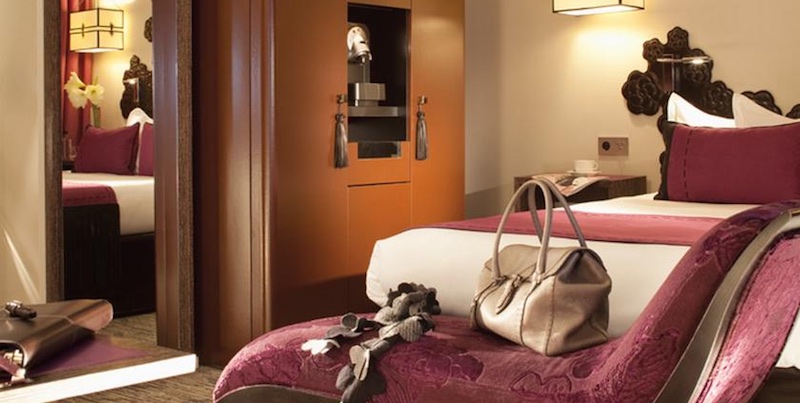 The winter garden and the library are two wonderful places to relax at this chic hotel. Located in the 17th on a tiny one-way street next to Le Palais des Congrès de Paris, Les Jardins de la Villa is an oasis of calm in this busy part of Paris. This is a Traveler's Choice winner and our top choice in the 17th. 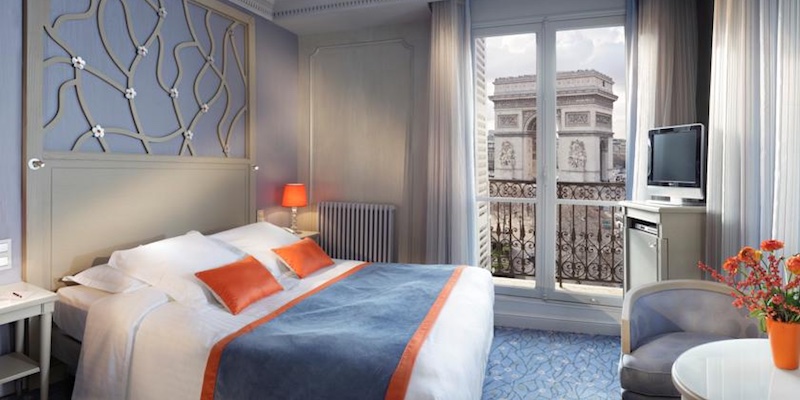 A near runner-up is the Splendid Etoile, close to the Metro, the Arc de Triomphe and Champs Elysées. The rooms are spacious and bright, many with balconies and, as a bonus, the hotel is also located on a quiet side street. Like one traveler put it, "As the name says… it's splendid" 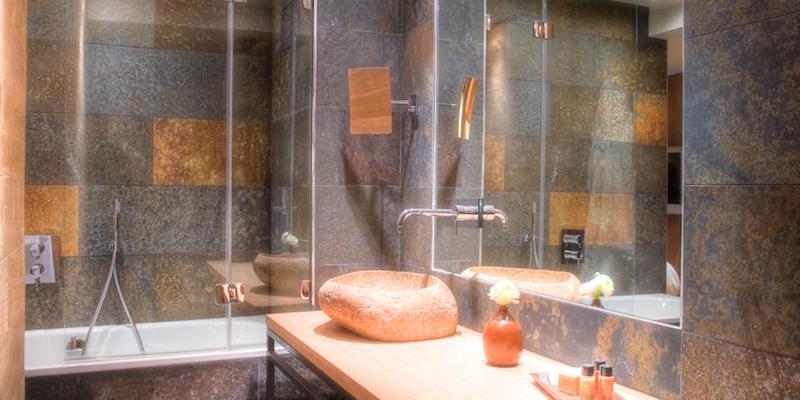 Located on a small street between Avenue Carnot and Avenue des Ternes, this fresh, environmentally-friendly hotel is an antithesis to those stuffy, Louis-XIV-style hotels. All the rooms have a modern decor with a blend of natural materials. "Superb cozy, feel-at-home hotel," a visitor opines, and we concur. 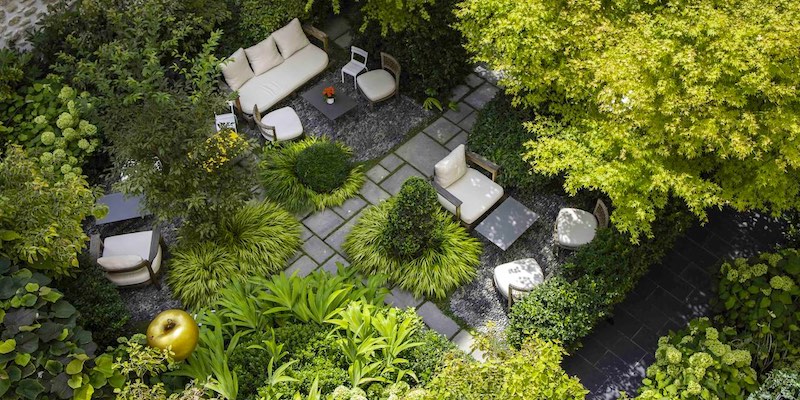 We know we said that Les Jardins de la Villa was our top choice in the 17th Arrondissement, but, really, it's hard to choose between these four hotels — we would stay at any of them at the drop of a hat. We rate them all as "Superb" and the locations are really good.

The Regent's Garden is set in an historic mansion and is stylishly decorated with an artful fusion of old and new. Rooms look out onto a large, manicured garden. Just off Ternes, close to Rue Poncelet, in a quiet area. 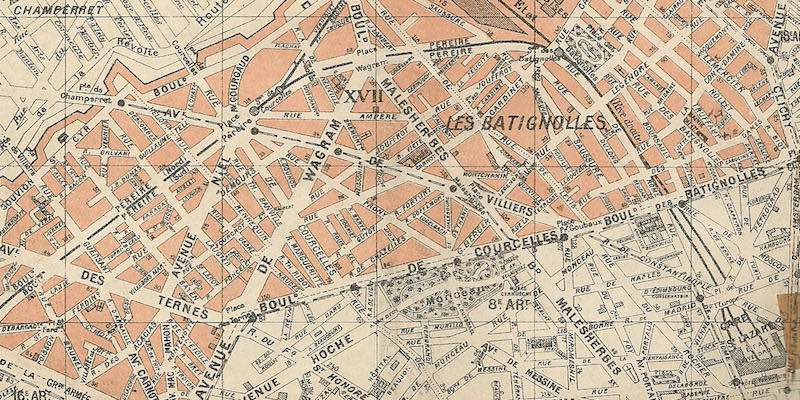