Delacroix Museum In Paris – Visit The Apartment Of The Painter

In the heart of the trendy Left Bank neighborhood of Saint-Germain-des-Prés is a hidden museum dedicated to the great French painter, Eugene Delacroix. The Musée National Eugène Delacroix in Paris is housed in the painter's final apartment and studio before his death in 1863. You may be surprised by the tranquility of the small place where the apartment is located in the middle of this very busy quartier.

As you climb the narrow staircase off Rue de Fürstenberg, you feel like you are stepping into a living artist's private home and studio. In this intimate setting you will see the influences that shaped his art and his life — through paintings, drawings, watercolors, pastels, and sketches. Be prepared, for you will gasp when you come upon his private, secret garden tucked in behind the apartment & studio. Let's explore the museum dedicated to the artist considered the father of the Romantic painting movement.

From Apartment + Studio to Museum

Eugene Delacroix spent the last six years of his life in this tranquil apartment. He had moved from his studio on Rue Notre-Dame-de-Lorette to be closer to Église Saint-Sulpice where he was completing his final works — the magnificent murals of Jacob Wrestling with the Angel and Heliodorus Driven from the Temple. Although he was very ill, Delacroix was determined to finish these projects. Unable to make the long daily trek across Paris, he found this calm, bright apartment and studio near the church.

Delacroix expressed his happiness about his new surroundings in his journal on December 28, 1857 — "My lodgings are decidedly charming. Woke up the next day to see the most delightful sunshine on the houses opposite my window. The view of my little garden and the cheerful appearance of my studio always fill me with pleasure."

It was a long road from his death in 1863 to the establishment of an artist museum. In the early 20th century there were plans to destroy the studio and to replace it with a garage. In 1929, admirers of Delacroix created the Société des Amis to prevent its destruction and to preserve Delacroix's legacy. In 1954 the building was donated to France with the aim of opening a museum dedicated to Delacroix. It took another 17 years before it was declared a national museum in 1971. Those amis sure had perseverance.

At the Delacroix Museum in Paris 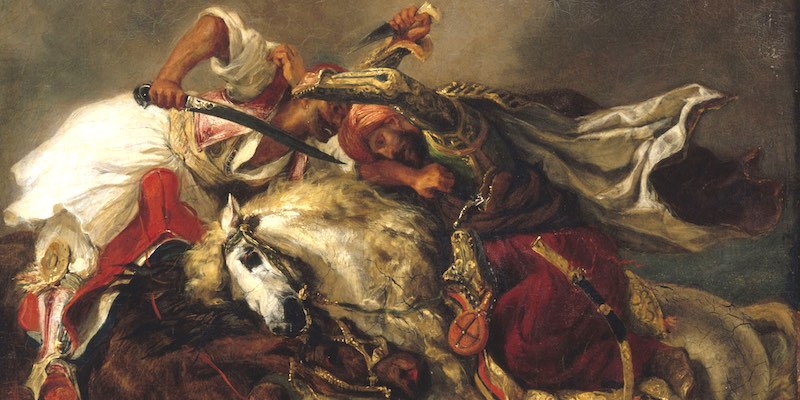 The intimate setting of Delacroix's final home is a perfect setting for the collection. Here you see paintings and drawings by Delacroix and others, as well as personal objects, including mementos of Delacroix's trip to Morocco as a young man in 1832. Among the collection are personal letters and photos of his fellow friends and artists such as Charles Baudelaire, George Sand, and Léon Riesener.

The collection continues to grow with new works acquired by the Louvre Museum (on display at the Delacroix Museum, which is managed by the Louvre) and the Société des Amis du Musée Eugène-Delacroix. In addition to special exhibitions, the museum has created a website devoted to Delacroix and contributes to Sorbonne university programs as well as the French National Research Agency.

Who Was Eugene Delacroix? 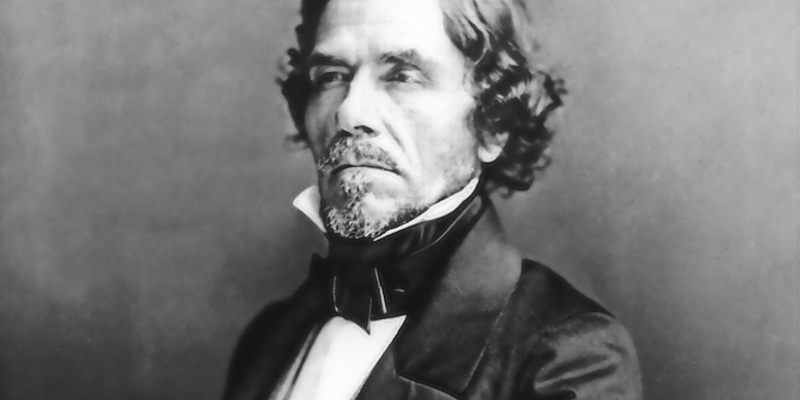 Delacroix lived from 1798 to 1863 and, as a painter, is known as main contributor to and inspiration for Romanticism in painting during the first half of the 19th century. Delacroix's masterpiece is Liberty Leading the People. Most people think it was to commemorate the French Revolution but, in fact, the panting depicts events from the July Revolution of 1830, which ended the reign of Charles X.

In the massive painting, which can be seen at the Louvre (and at the top of this page), a bare-chested woman, usually referred to as Marianne, leads a rag-tag group over dead bodies and across a barricade. In one hand, she holds the flag of the French Revolution — the red, white and blue banner, which remains France's national flag. In her other hand she is brandishes a bayonetted musket. Today, Marianne is considered the symbol of liberty and of the French Republic.

Delacroix's impact on future artists can be seen in his fluid brushstrokes. He rejected the idea of precise drawing favored by academic art of his time. Instead, he used a free brush style with flowing strokes combined with the use of shading with light and dark colors. You can also see his influence on Impressionists like Manet.

He was a highly prolific painter, completing more than 9,000 paintings, pastels, watercolors, and drawings. For many years, Delacroix lived in La Nouvelle-Athènes, a district in the 9th arrondissement considered the official neighborhood of the artistic movement of 19th-century France. 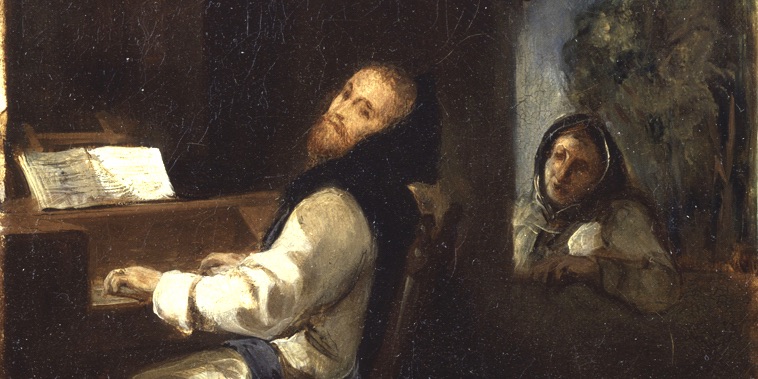