In any other city it might be surprising to find a secluded green area right in the middle of one of its busiest districts. But in Paris, with green space accounting for 25% of the city's area, it's what we've come to expect. On the western point of bustling Île de la Cité (home to Notre Dame Cathedral, La Sainte Chapelle, the Conciergerie, and the Palais de Justice) is leafy and relaxing Place Dauphine, still one of our favorite places in Paris. 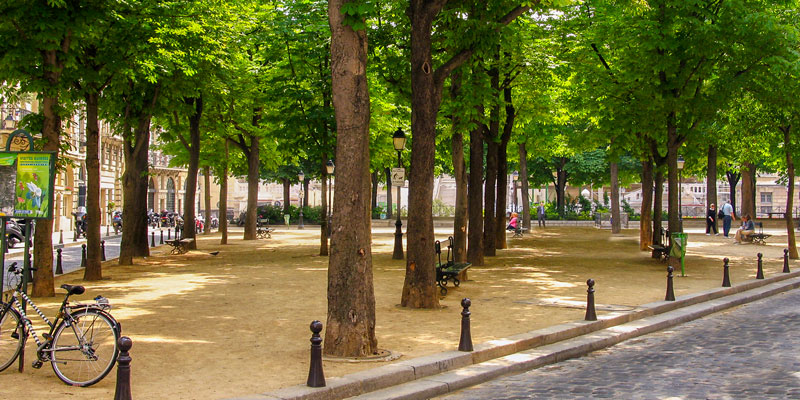 This 3-sided place on Île de la Cité is filled with trees and benches and provides the perfect spot for a break from sightseeing. Surprisingly, Place Dauphine is never really crowded, probably because it's sort of tucked away from the main visitors' routes. The crowded we've ever seen it was during a local art show held here years ago. At that time, the entire place was shaded by a canopy of twenty-four mature chestnut trees.

Unfortunately, those trees were attacked by an insect-borne disease and had to be removed in 2009. A more resistant tree, the red chestnut, was planted in their stead. Ten years later the new trees have grown enough to start to provide shade themselves. (The photo above shows the old chestnut trees in 2005.)

The Perfect Place for a Petite Pause 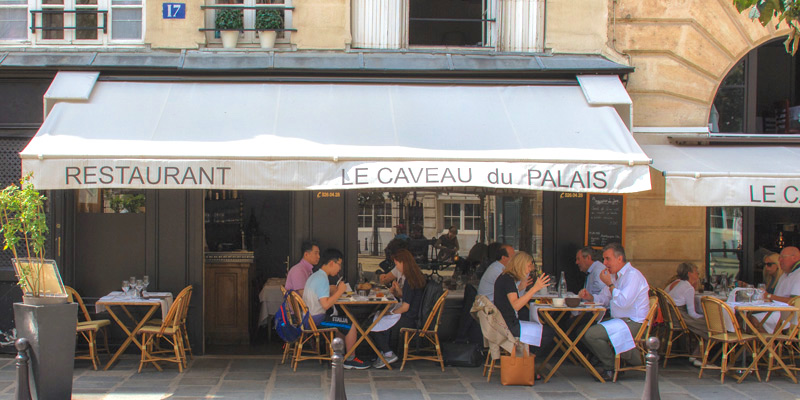 Place Dauphine is lined with a number of small restaurants and cafes, and is perfect for a petite pause — a small bite with a drink, or lunch. Our usual stopping place is Le Caveau du Palais (photo) or its bar next door, and it's a real pleasure sitting at one of the outdoor tables for a bit of lunch or a restorative glass of wine. Also around the square you can find restaurants Rose de France and Restaurant Paul. 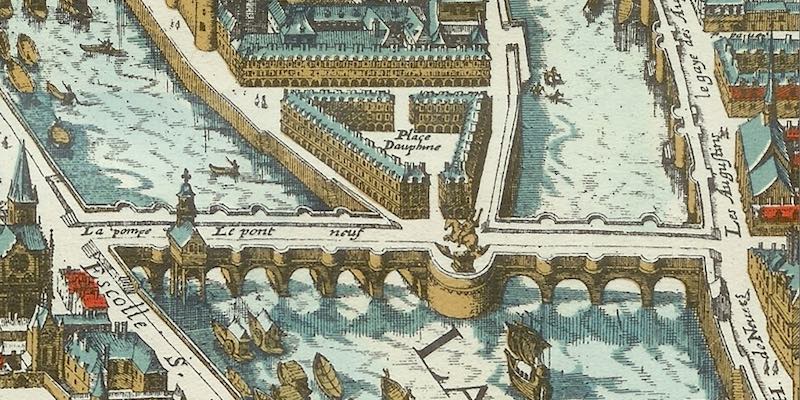 Place Dauphine on a map from 1615, north is to the left

During his reign from from 1589 to 1610, Henry IV applied himself to improving Paris. As the follow up to one of his greatest urban hits — Place Royale (today Place des Vosges), the prototype of all European squares — Henry set about improving the muddy banks of the west end of Île de la Cité.

The project had started earlier, under Henry's predecessor kings, Henry III and Charles IX, who started by filling in this end of the island to create a base for a planned new bridge. But it was Henry IV who completed that bridge, Pont Neuf, at the same time Place Dauphine was created, back in the heady days of urban development at the beginning of the 17th century, with the bridge completed in 1606 and the place in 1615. 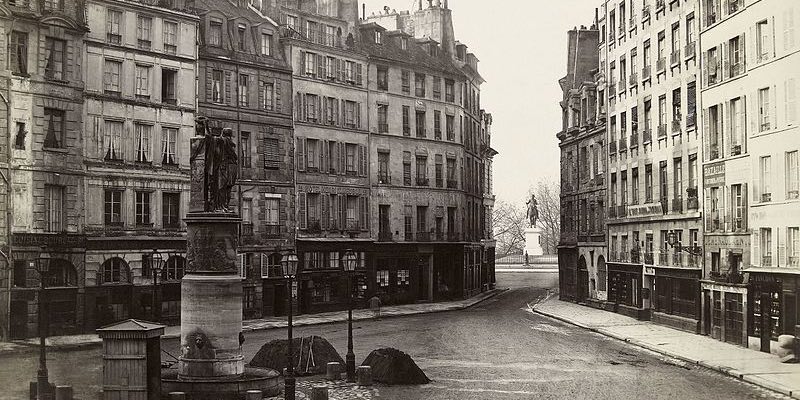 Inspired and informed by the uniform brick facades at Place Royale, the buildings surrounding the new place were designed to effect a similar look. Houses were built to the same height and with the same roof line to convey an impression of one continuous structure.

Conforming to the shape of the island it is on, Place Dauphin was laid out as a triangle, with the pointy end opening onto the Pont Neuf. Entrances to the place were located at Pont Neuf and in the middle of the opposite side of the triangle, as seen in the above photo and the one below, both from 1865. 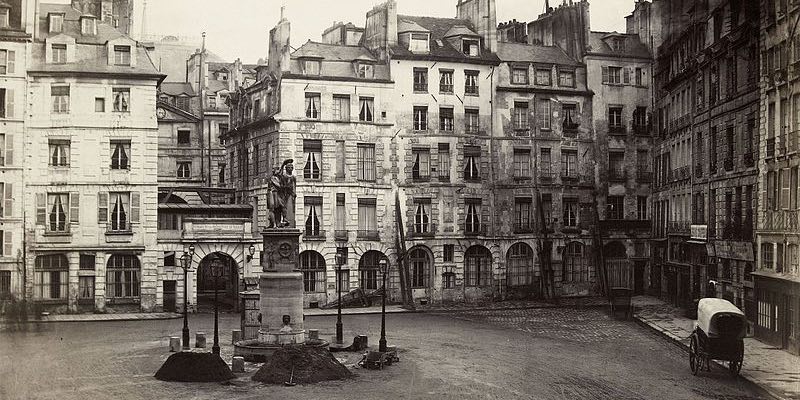 Today, virtually all of the original building have been replaced, increased in height, or remodeled with faux-period facades. In fact, the only original buildings (from 1615) are those facing onto Pont Neuf, that today house boutiques catering to the tourist trade.

The buildings that originally formed the base, or third side of the triangle (you can see them in the previous photo) were damaged during the turbulent Paris Commune in 1871. They were then razed to open up the view of the then-new Palais de Justice, that was built in 1868 during the Haussmannian renovation of Paris. This little-recognized law building was awarded the emperor's Grand Prix as the greatest work of art of the decade. It's interesting that the emperor in question, Napoleon III, was gone from France, and from history, the following year. 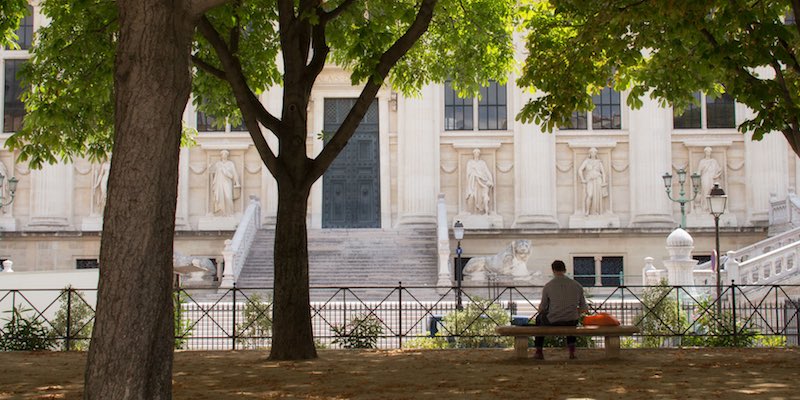