Get off the usual Paris tourist trail and explore uncharted territory in the 15th Arrondissement at L'Adresse — Musée de la Poste. Although it sounds quirky and maybe even boring, the Postal Museum is filled with vintage mailboxes, historic uniforms, valuable postage stamps, artworks relating to postal memorabilia, and compelling artifacts relating to communication in France.

The museum's world-class collections date back centuries and cover fifteen rooms with a wealth of historical exhibitions. Let's take a look at ten specific items in the museum, and ten good reasons you might want to visit the Musée de la Poste on your next trip to Paris. 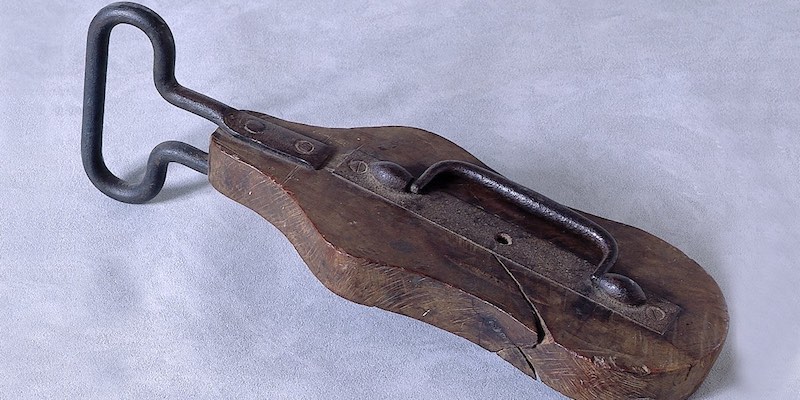 Postmen would use this instrument to announce their arrival with a loud clapping noise. Residents would open their windows, hear their names called and then would pick up their mail. The clapper was used until 1850.

Fun Fact – before 1760, there was no postal service within Paris. In order to write a friend, letters were carried by servants or by tradesmen like chimney sweeps, who offered their courier service for a small fee. In 1760, the Paris postal service was created and named the "petite poste". Soon other French cities followed and created their own postal services. 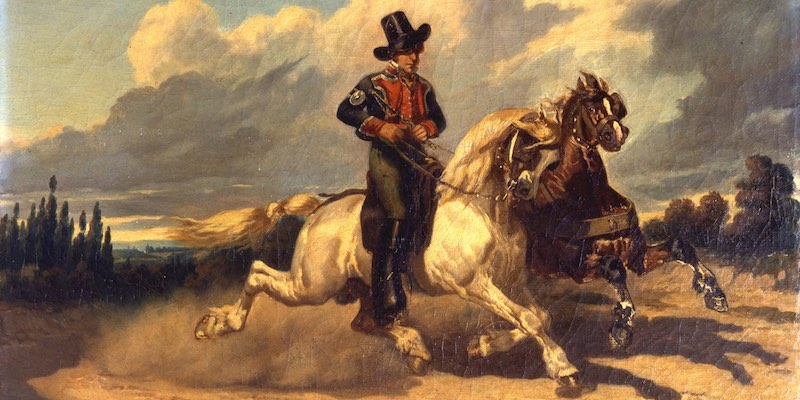 These rigid leather, iron-reinforced boots weigh in at more than three kilograms each! They were fastened to the saddle and the postman wore them with his ordinary shoes stuffed into the bottoms with straw. The boots protected him in the event of a fall or a violent accident when steering a team of horses in a horse-drawn vehicle. 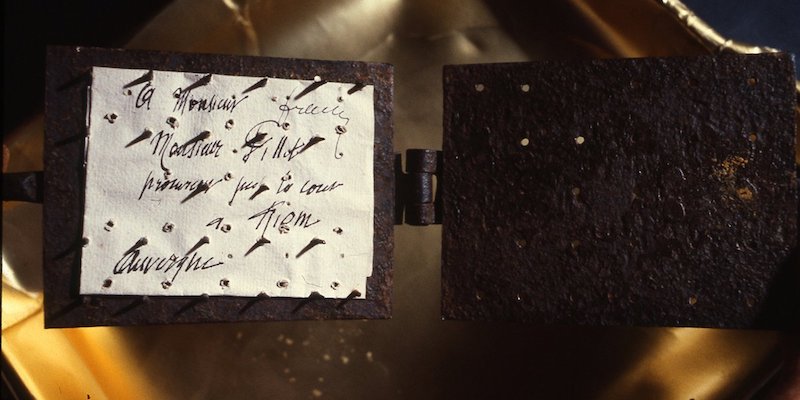 This device was used to purify letters that came from countries where cholera was raging, especially in the years 1820 to 1830. Arriving at the port, letters were perforated in the pince before they were opened, and then fumigated or dipped in vinegar before being sent on to the post office for sorting and delivery. 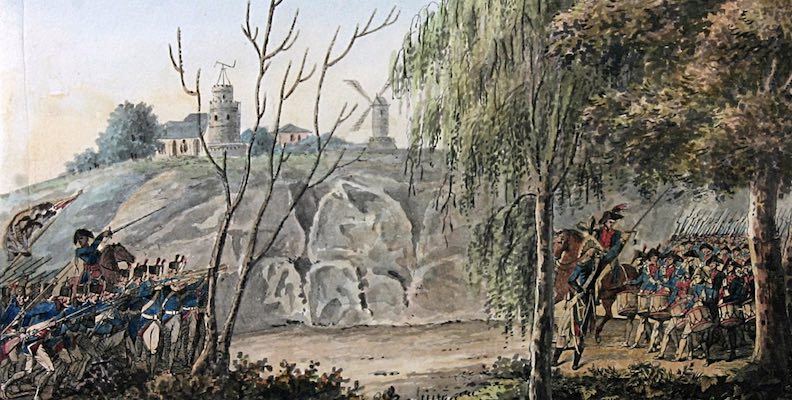 In 1792, Claude Chappe, along with his brother Ignace, invented the semaphore system — Chappe's Telegraph — that would eventually span all of France. This revolutionary, practical telecommunications system made them the first telecom moguls with their "mechanical internet."

Receptor machines were placed 14 miles apart on on high points, such as the roofs of churches or the tops of towers (as shown above). The device required the use of a signal code and glasses with strong lens. Message transmission could take place only on clear days and only by trained telegraph operators who had the knowledge for coding and decoding the dispatches.

It took 90 minutes for a message to be transmitted from Paris to Strasbourg and three hours from Paris to Toulon. The optical telegraph was very useful in wartime and quickly informed the movement of troops at the borders. 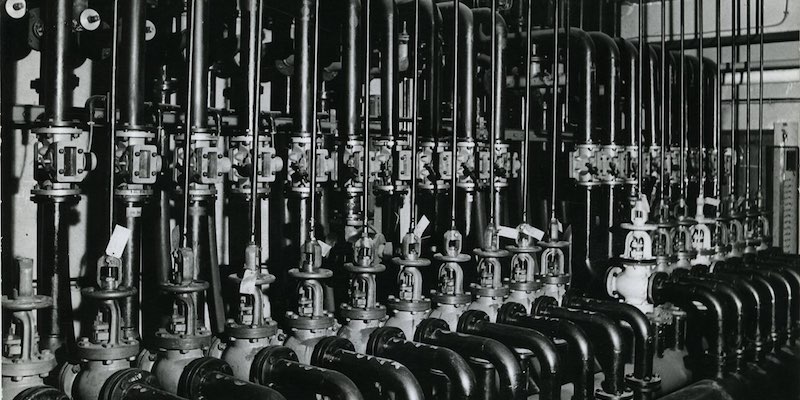 These are our favorite! It was in 1866 that the tube made its appearance in Paris. This network of nearly 300 miles of metal pipes, most of which were installed in sewers, carried urgent letters by compressed air. The first line was between the Place de la Bourse and the Grand Hotel. Like a fax machine of its day, le pneu became an important form of communication in the business world.

The principle of the tube, also called atmospheric telegraph is simple — it consists of underground carrier tubes that connect various distribution stations. Cylindrical boxes called sliders could hold 20 to 30 letters. With a powerful stream of compressed air, the slider propelled at a speed of about 35 kilometres per hour. As the final step in the communication journey, telegraphists or "tubistes" would be in charge of delivering the letter to the recipient.

By 1885, almost all the post offices in Paris were connected by le pneumatique. The pneumatic tubes were in use right up until 1984. 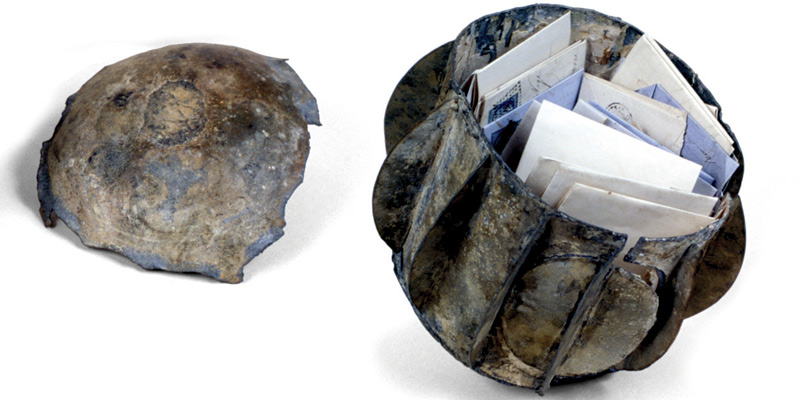 This invention was a vital communication tool during the Siege of Paris (1870 to 1871). During that period Paris was cut off from the provinces when the Prussians blocked roads, railroad tracks and interrupted the telegraph.

However, someone had the the idea of placing letters in waterproof zinc balls that would be thrown into the Seine river. The balls were fitted with fins to take advantage of the force of the current. They would be recovered in a net stretched across the Seine downriver. The waterproof ball could hold more than 600 letters. The most recent ball was found on April 14, 1982 and contained 306 letters.

7. The First French Letter with a Stamp 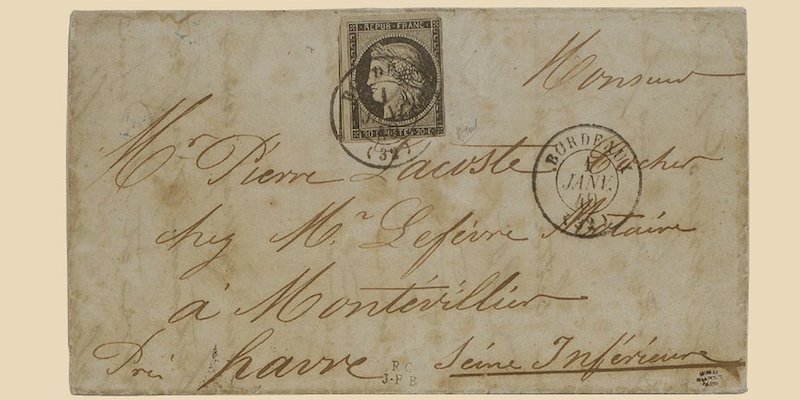 It was a monumental day, on January 1, 1849, when a postage stamp was used in France for the first time. France adopted the postage stamp system nine years after it debuted in England. 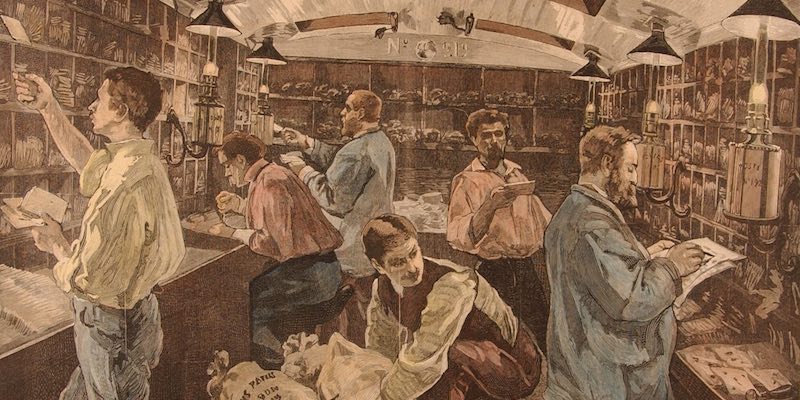 In France, the railroad had been transporting passengers since 1832. In 1845, the inspector of the Post Office had a bright idea of using the trains as a moving post office. Letters were sorted during the journey and then dropped off at various train stations along the way. The local office would then deliver the mail at a considerable savings of time. 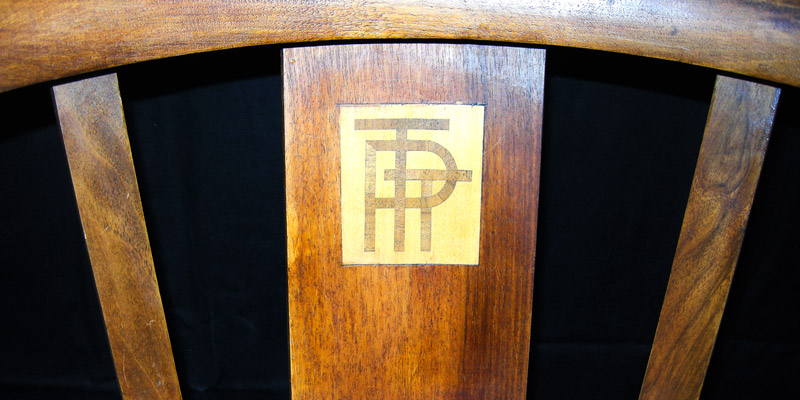 It may not be the most exciting item in the Postal Museum, but this sturdy, well-worn Art Déco armchair was created for, and used by, the Director of Postal Services in the 1930s. It's one of the historic pieces of furniture kept in the collection dating from the mid-nineteenth century to present day. 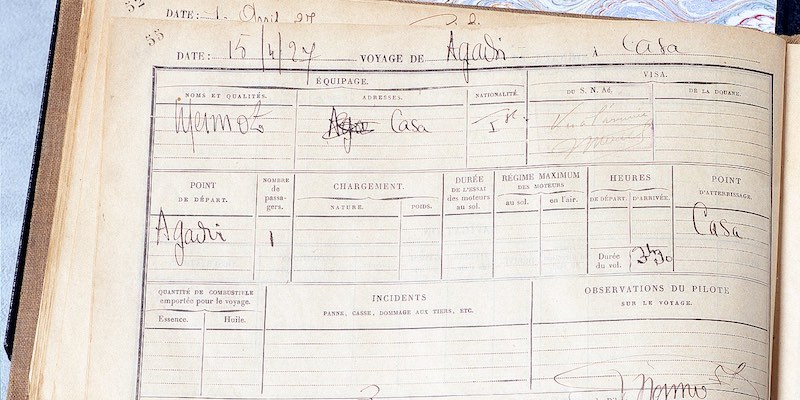 Pierre-Georges Latécoère's (1883-1943) dream was to create an air-and-sea line between France and South America. In 1918, his dream was launched. Latécoère Airlines, with their fleet of Bréguet XIV, would take the first step — connecting Toulouse to Senegal.

In 1927, industrialist Marcel Bouilloux-Lafont continued the work of Latécoère when he founded the Compagnie Générale Aéropostale, known more briefly as Aéropostale. The following year, Jean Mermoz flew the Buenos Aires-Rio de Janeiro line. In 1929, the legendary pilot crossed the Andes Cordillera and connected to all of South America. But, in 1936, the handsome, young, and dashing Jean Mermoz disappeared on a flight over the Atlantic Ocean, only thirty-five years old. 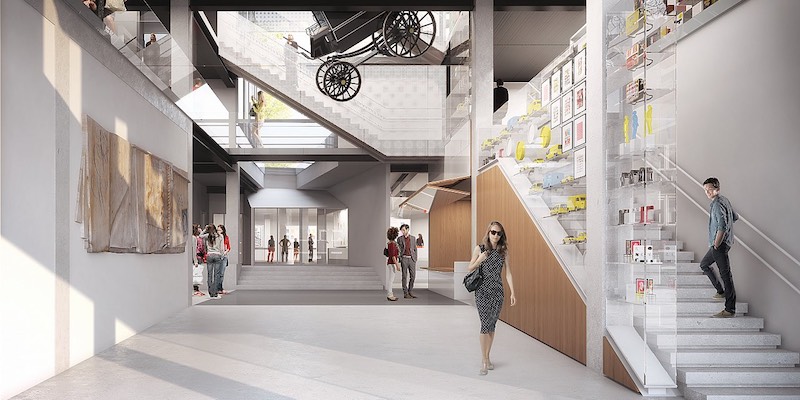 Although the Postal Museum was inaugurated in 1946, the idea of creating a museum to bring together stamp collections from around the globe goes way back to 1864 and Arthur Maury, an influential philatelist (stamp collector).

Maury's idea languished until the 1889 Paris Universal Exhibition. At that time, Arthur Maury revived the plan and suggested a museum be installed in the Hotel des Poste on the Rue du Louvre. Again, nothing happened and the years passed by. At the beginning of the 20th century, the Postal Minister's projects, including a postal museum, were interrupted by World War I.

After the war, Eugene Vaille, the librarian of the Ministry of the Post, took up the torch. His own vast historic postal and stamp collection and campaigns would be the beginnings of the museum. Finally, in 1936, the Postal Minister of the day gave the project a green light — just in time for the Musée de la Poste to be put on hold again because of World War II.