More a secret garden than burial ground, the Montmartre cemetery is a surprisingly popular destination for history lovers since it's the final resting place of famous French and expat artists, scientists, authors, dancers, poets, captains of industry and executioners. Often compared to (and confused with) Le Père-Lachaise cemetery — both are praised for their romantic layouts and rambling landscape.

By the 18th century, overcrowding in Paris cemeteries was a serious problem and contributed to unsanitary living conditions. Starting in 1780s, burials within the city limits were banned and new cemeteries were built outside the boundaries of Paris — Père Lachaise in the east, Passy in the west, Montparnasse in the south, and to the north, Montmartre. Let's wander amongst the legends of France in one of the hidden treasures of Paris, the Montmartre Cemetery. 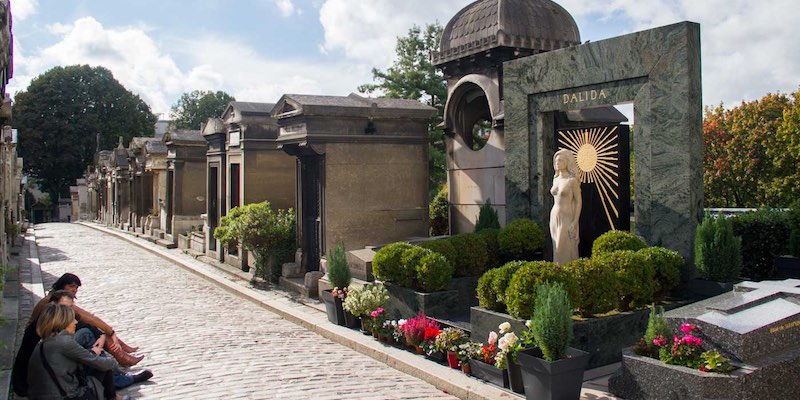 Find a peaceful repose in the hustle of the city.Lying at the foot of Montmartre, called the butte, the secluded cemetery has a park-like feel and is filled with meandering pathways, fountains, trees, hills, stairs and romantic statues.

Montmartre Cemetery is a secret hideaway. Officially known as the Cimitière du Nord, it's the third largest in Paris, after Père Lachaise and Montparnasse. The cemetery is built below street level, in the hollow of the abandoned gypsum quarry near Rue Caulaincourt (close to Place de Clichy). There's only one secret entrance, found on Avenue Rachel.

Ever wonder where they put the bodies of royals executed during the Revolution? Since the Montmartre Cemetery developed from old limestone quarries it turned out to be a convenient location for a mass grave site during that upheaval. During the Reign of Terror (1793-94) 40,000 lost their heads at the guillotine or were otherwise murdered. They had to be put someplace.

4. A Bridge Crosses It 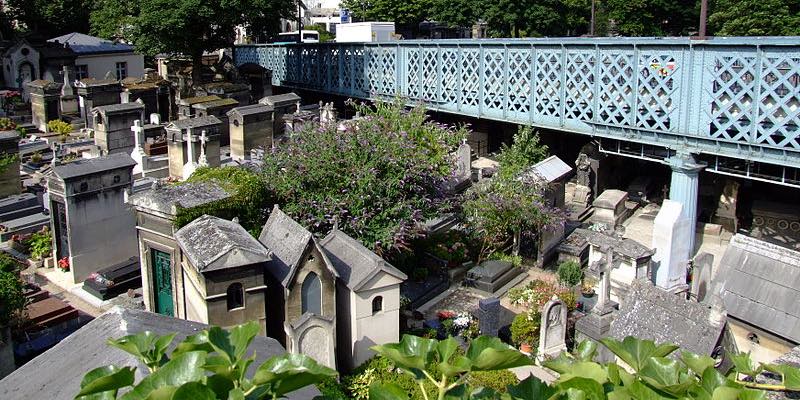 A metal bridge runs over it. The Montmartre Cemetery opened on January 1, 1825 and was initially called the Cemetery of the Large Quarries, due to its location. Since it's in a former quarry, and some of it is below street level, the road that was later built through it, Rue Caulaincourt, crosses a 19th-century metal lattice bridge looking down on the cemetery.

Montmartre Cemetery contains a veritable who's who of French historical figures. Here are just a few of the famous residents —

The cemetery has connections with the Pantheon. Emile Zola's beautiful Art Nouveau tomb is here, but his body rests at the Pantheon. The man with the pendulum, Léon Foucault (1819 – 1868) is buried here in Montmartre, and it was at the Pantheon that he conducted his famous pendulum experiment, demonstrating the rotation of the Earth.

Our Guide to the Pantheon 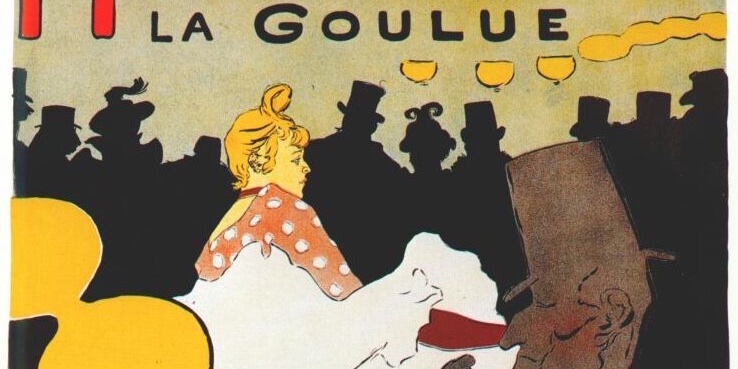 Visit the woman who invented the French cancan — La Goulue AKA Louise Weber (1866-1929). The lively Moulin Rouge muse of Henri de Toulouse-Lautrec was immortalized in his many posters and paintings. Another dancer buried here is Vaslav Nijinsky (1890 – 1950) the world's best loved Ukrainian ballet dancer.

Our Guide to the Moulin Rouge

Know all that famous French food that we all adore? Marie-Antoine Carême (1784-1833), the godfather of classical cuisine, is buried here. He is considered the founder of haute cuisine and even cooked for Napoleon. Carême died at the young age of 48, due to the years he spent inhaling toxic fumes from charcoal in the era when professional kitchens lacked proper ventilation.

It's one of Paris' saddest stories. Moïse de Camondo (1860 – 1935), French Jewish banker and art collector, and his son Nissim de Camondo (1892 – 1917), a World War I pilot, are both buried here. They would never know that their entire remaining family was to perish at the hands of the Vichy France and the Nazi hoodlums in 1943. Visit the Nissim de Camondo museum up by Parc Monceau for the whole story. 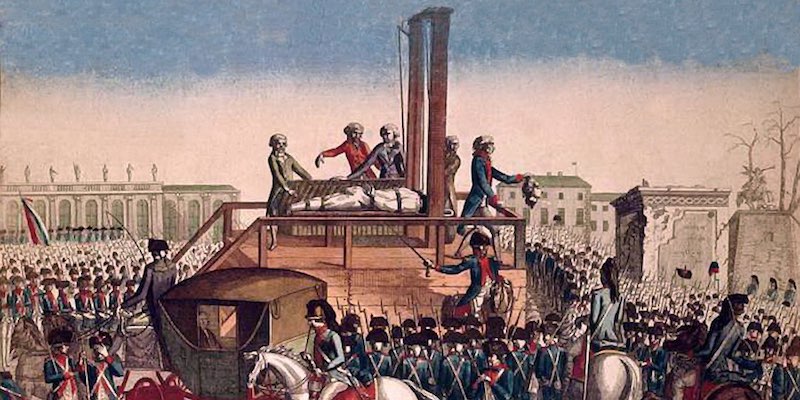 Remember all those guillotine executions during the Reign of Terror? In a weird twist of fate their executioner is also buried in the Montmartre Cemetery.

Charles Henri Sanson (1739-1806) was the Royal Executioner of France who beheaded Louis XVI in 1793 and as many as 3,000 people during his forty-year tenure. It was a family business, he was the fourth of a six-generation dynasty of executioners. His eldest son apprenticed with him for twenty years and was sworn into office in 1778. It was his son who executed Marie Antoinette. Sanson Senior's hobbies included dissecting the bodies he executed. 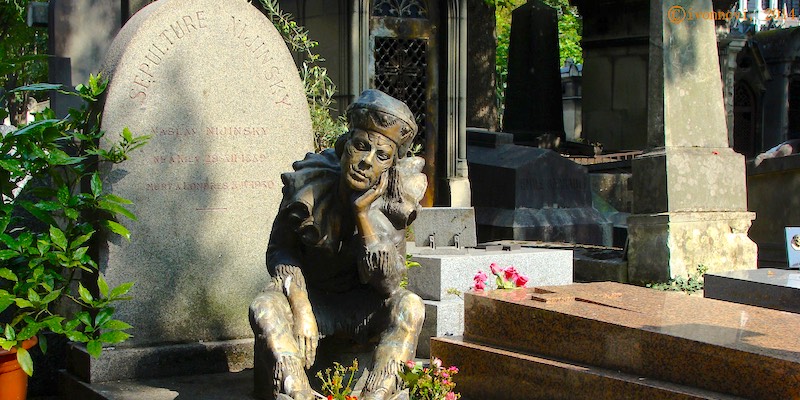