The Louvre's Egyptian Antiquities Collection – 10 Pieces Not To Miss

The Louvre's Egyptian Antiquities collection is the largest of its kind, with masterpieces spanning thirty dynasties over three millennia. Art is only one aspect; highlights range from ancient games, sarcophagi (limestone coffins), papyrus scrolls, sculptures, steles (marker slabs), stone statues to bronzes. There are eight curatorial departments in the Louvre, however, Egypt is the only country to have a fully dedicated department. The collection spans Egyptian history, from the the Old Kingdom (2055 BCE) up to the Byzantine era (to 1453).

Come with us on an exciting journey along the Nile Valley from Egypt to the Sudan with sculptures, paintings, tombs and temples, religious and everyday objects. Here are ten good reasons to walk like an Egyptian. 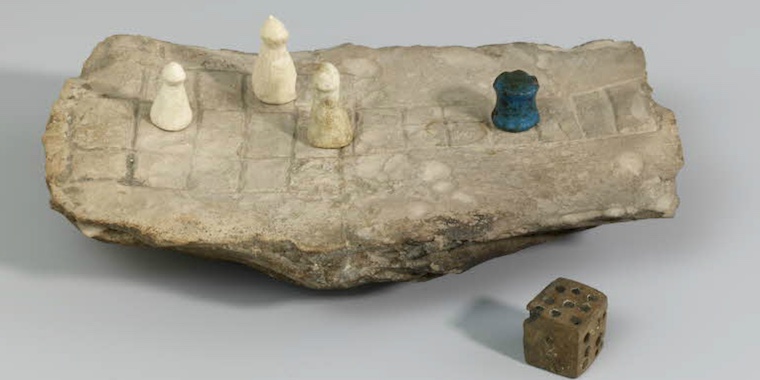 Called "Twenty Squares", it was one of ancient Egyptians' favorite pastimes. Examples of the game, including all the playing pieces, have been found in villages, fortresses, and even in burial grounds as part of the deceased's funeral package prepared for a fun afterlife. 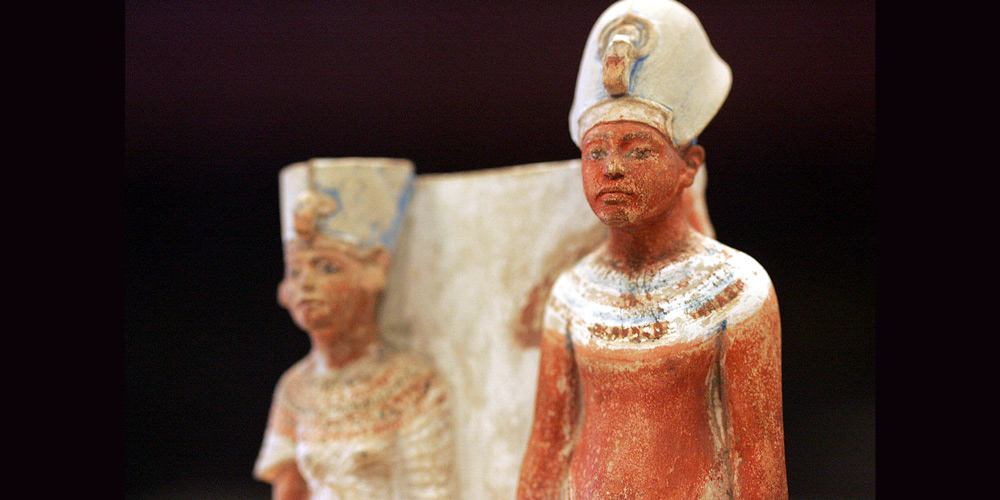 This small sculpture shows Akhenaton and his wife, Nefertiti, holding hands, looking straight ahead. The statue represents the king and queen, many of its kind were discovered in homes where families would offer their devotion to the royal couple in small shrines. After all, the royal couple were seen as the sole living, earthly manifestation of the Sun God. 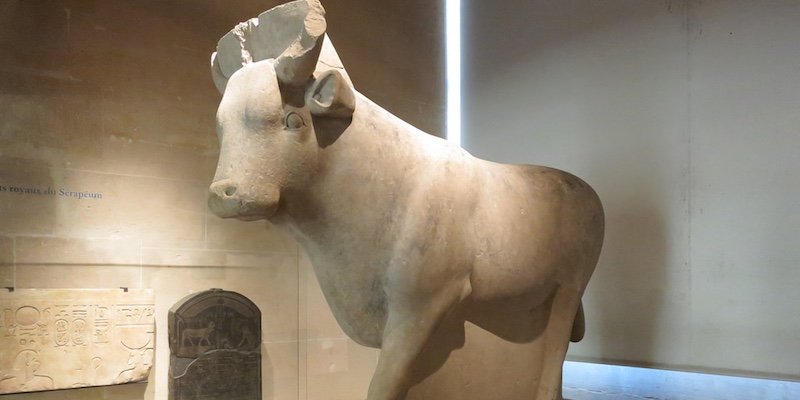 The large limestone statue of the Apis bull represents one of the most sacred animals in Egypt. Apis was considered the earthly form of the god Ptah who was worshiped as the creator and the patron of crafts, sculpture and metalworking. Its black and white coat has distinctive markings. The sculpture used to be entirely painted. 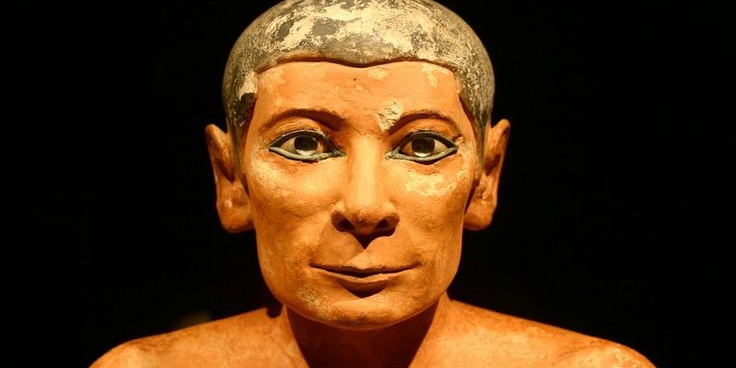 The painted limestone statue shows an anonymous scribe sitting cross-legged, his hands in writing mode. His papyrus is balanced on his lap and his right hand is holding a brush. It's another fine example of painted sculpture from ancient times. 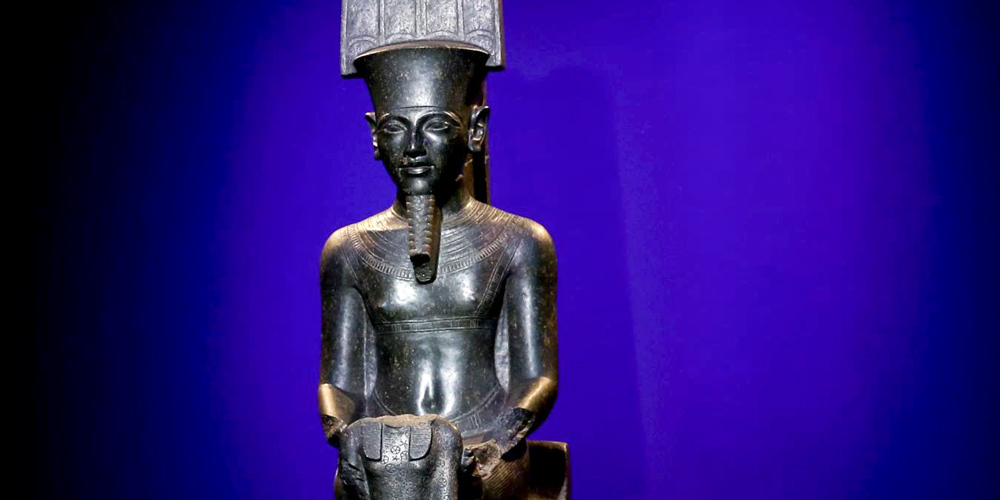 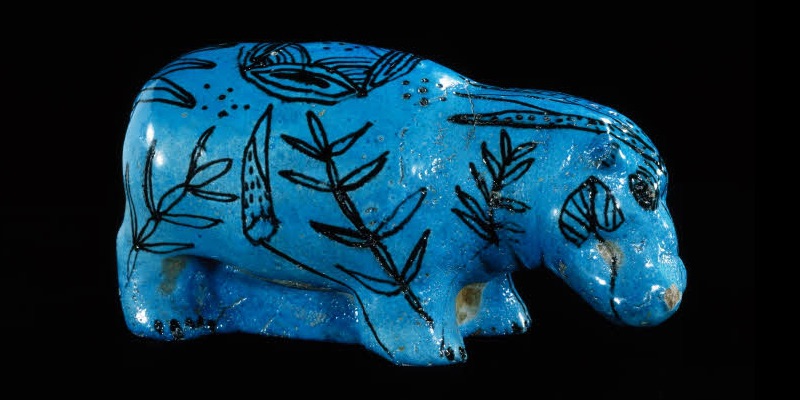 This unusual mummy mask shows a man with grey hair (not common), dressed in white, with a ring on his left hand pinky finger. On his head is a wreath of myrtle leaves. The dead man is painted as Osiris — god of the afterlife — with Isis, goddess of health, marriage, and wisdom. 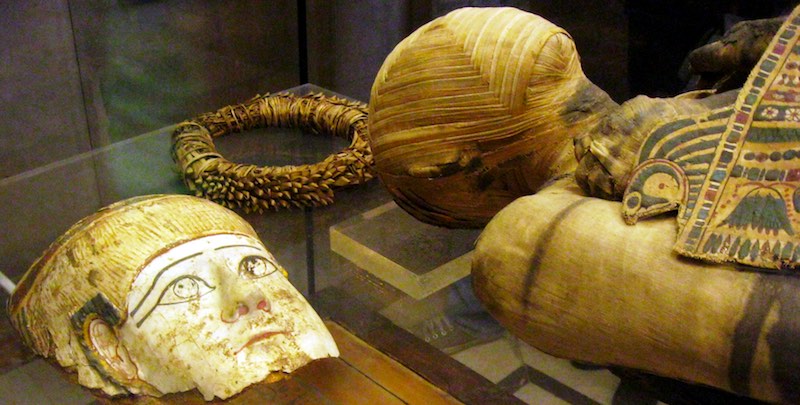 It's the only mummy in all of the Louvre. Although many mummies were discovered, it proved very difficult to transport them without damage. This well-preserved mummy is of a man who lived during the Ptolemaic Period (305 BCE). According to custom, the body of the deceased was wrapped in strips of linen with a mask that covered the head. Other details on Mummy Man are his wide collar with an apron across his legs and a casing over his feet. 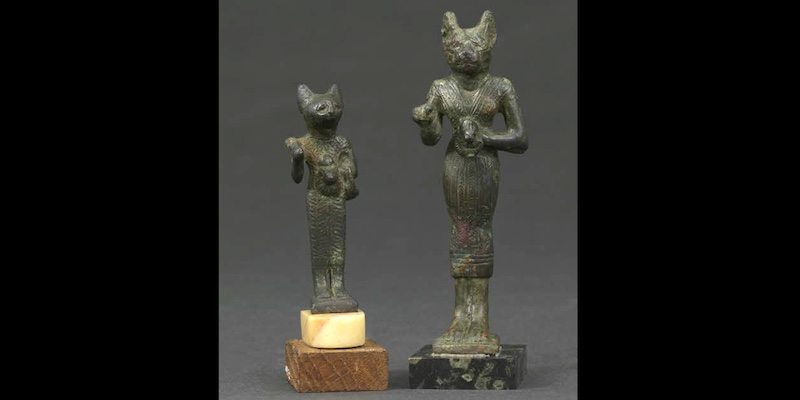 She's not a comic book superhero. The elegant bronze statuette is the image of the goddess Bastet. It combines the body of a woman in a form-fitting dress with a delightful head of a cat with pricked ears. She holds a sistrum, a musical instrument and a basket. These figurines would have been placed as an offering in the goddess' temples.

10. Chapel of the Tomb of Akhethotep 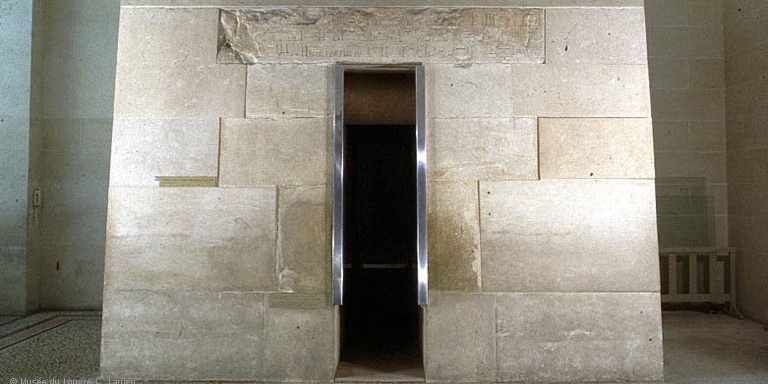 It was a sacred place for loved ones to make offerings to their deceased. The chapel dates from around 2400 BCE, towards the end of the 5th Dynasty. You can actually enter the chapel, just like the ancient Egyptians did. (Make sure you walk like one.) It was discovered in 1903 by the Louvre's then curator, Georges Benedite. Eerie fact: Benedite died in Luxor after visiting the tomb of Tutankhamen, adding fuel to the legendary "Curse of the Pharaoh".

History of the Louvre's Egyptian Antiquities

Contrary to what you may have thought, the Egyptian collection is not the result of Napoleon Bonaparte's military expedition to Egypt, 1798 to 1801. It was in actually, Jean-François Champollion (who was only 10 years old at the time of the campaign) a talented linguist who solved the enigma of the Rosetta Stone, who helped to champion an Egyptian museum in Turin, Italy. He then convinced Charles X to buy three of the major collections from Turin and bring them to the Louvre. By royal decree in 1826, Champollion was appointed the first curator of the new Egyptian department in the Louvre.

However, Champollion's life was cut short. Exhausted by the laborious work from his expedition to Egypt, Champollion died of a stroke in Paris in 1832 at the young age of 41 years. He is buried in Père Lachaise Cemetery.

French archaeologist and famous egyptologist, Auguste Mariette(1821 – 1881) discovered the burial sites of Serapeum at Saqqara in Egypt. In a single year, between 1852 to 1853, Mariette sent almost 6,000 works to the Louvre, including the famous Seated Scribe. He was the director of Egyptian Antiquities and helped to protect the archeological sites from thieves, pillagers, and other ne'er do wells.

The years that followed were the era of Egypt-mania. Extensive excavations by western museums were conducted throughout Egypt and added substantially to the collection of the Louvre. And in case you're wondering, the Rosetta stone is not part of the Louvre collection, even though it was cracked by a French scientist. You'll find it in the British Museum.