Many households have one — a special cabinet where precious items like family heirlooms, fine china and silver cutlery are kept. The Louvre, though, has an entire department of such decorative arts and it's home to a wide-ranging collection that includes the French crown jewels, silverware, bronzes, ceramics, stained glass, tapestries and furniture from the Middle Ages to the early 19th century. 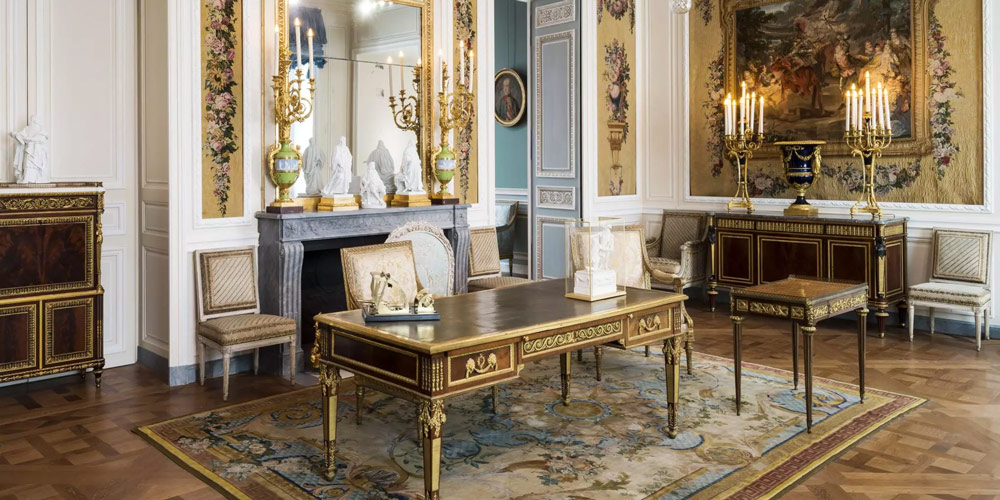 Now, thanks to a recent dazzling renovation, there are even more reasons to visit the Louvre's Decorative Arts department. The $33 million renovation has injected new life and added 23,000 square feet of display space to the formerly dusty department. It's now an extravaganza of dazzling art that takes you through history — from the rise to power of the Sun King to the French Revolution.

Skip-the-Lines Guided Tour of the Louvre 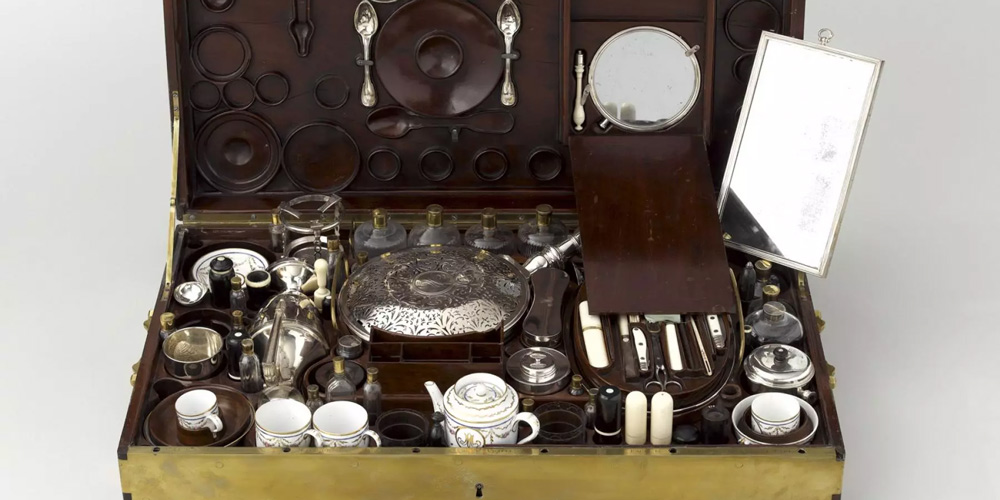 The renovation took a decade to complete and was the first major change to happen in the department since 1966. Thirty-five of the galleries in the Cour Carrée's north wing were restored as well as some new, recreated interiors. A highlight is the entire restored drawing room of Hôtel Dangé-Villemaré. The mansion was originally located on the Place Vendôme and was purchased by François-Balthazar Dangé in 1750. The drawing room with intricate paneling and gilded mirrors has been restored by trained artisans under the watchful eye of French interior designer Jacques Garcia.

Careful attention has been paid to the arrangement of the furniture and objets in the museum to give a sense of context within the presentation. Much of the furniture comes from royal residences — Versailles, Tuileries, St-Cloud, and Fontainebleau. The new galleries also place a special emphasis on the artisans who created the original works of art, like legendary André Charles Boulle, cabinetmaker to the king. 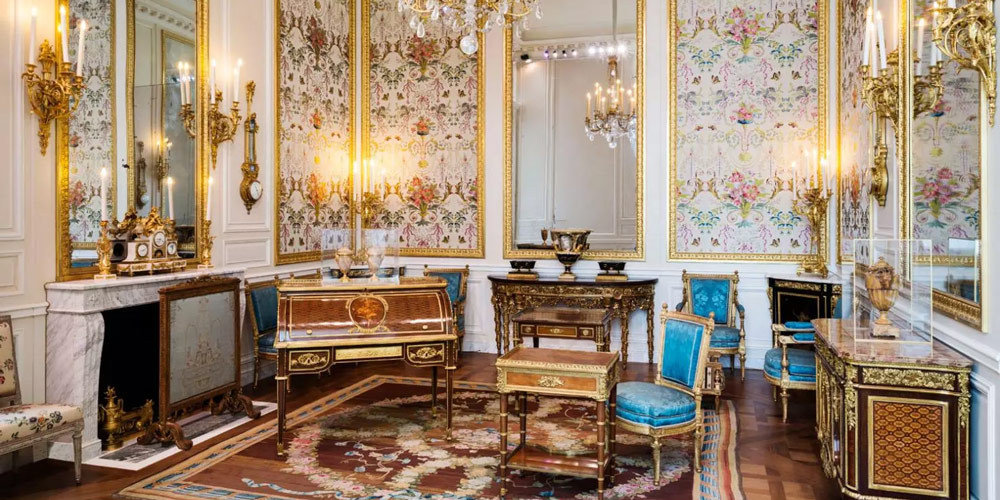 Another must-see are the French Crown Jewels. Once the symbol of France's ultimate power, the monarchy's coronation crowns were custom made for each king; each decorated with an array of precious jewels. The Couronne de Louis XV — the crown of Louis XV — features pearls, emeralds, sapphires, rubies, and diamonds. The Duchesse of Angouleme's Tiara, a dazzling crown, is decorated with diamonds and emeralds. And the Couronne de l'Impératrice Eugénie outshines them all with 2,000 diamonds and 50 emeralds. 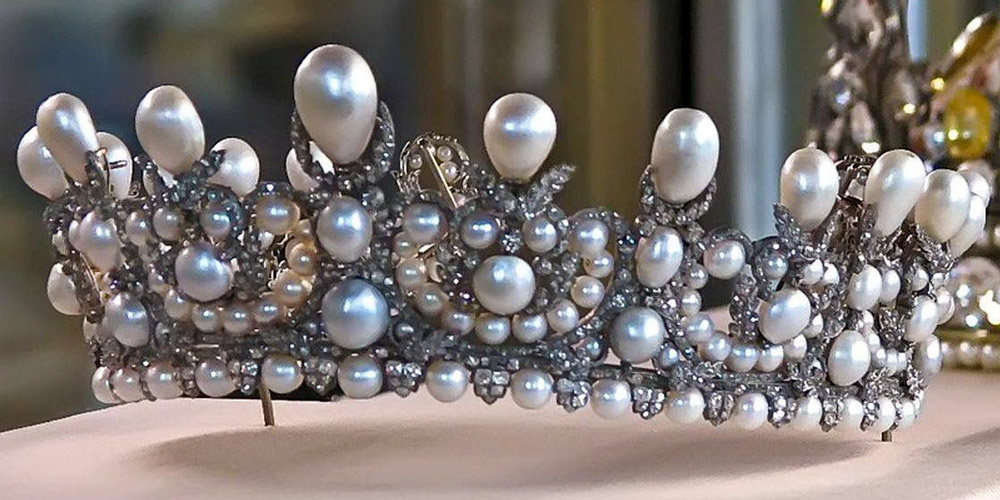 When the Louvre Museum was founded by decree on July 27, 1793, it was agreed that exhibits would include decorative art objets from the royal collection. The bronze statuettes and the royal gem collection came to the department in 1796, with treasures from Sainte Chapelle and the abbey of Saint-Denis, including coronation regalia of the kings of France. The initial collection was enriched during the French Revolution from confiscated artworks from aristocrats and pivotal purchases like the shield and helmet of Charles IX.

But it wasn't all about growth. In 1798, sixteen objects from Saint-Denis were sold and many items were taken by Napoleon I to decorate his imperial palaces. By 1815, Napoleon was defeated and many of the spoils of his conquests were returned to their rightful owners, including pieces back to the Louvre. 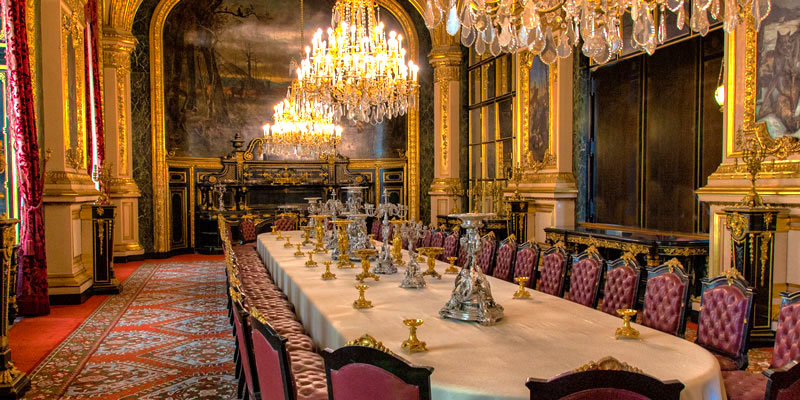 During the Restoration period (1815 to 1830), an active acquisitions policy was in place with important purchases of medieval and Renaissance works. From 1870 on the collection gradually expanded to include 17th and 18th century works from the Mobilier National (state collection), including furniture and objets salvaged from the destroyed palaces at the Tuileries and at Saint-Cloud. It wasn't until 1893 that decorative arts officially became the Louvre's seventh department.

Throughout the 19th and 20th centuries, the department grew by donations from the Friends of the Louvre and wealthy collectors. In 1908, Isaac de Camondo donated his 18th-century collection and, in 1922, the baroness Salomon de Rothschild donated her Renaissance artworks and 18th-century jewelry and porcelain collection.

In 1999, the collection moved to new premises in the Richelieu Wing of the Louvre. New galleries were devoted to the Middle Ages and Renaissance and a gallery of 19th-century artworks, adjoining Napoleon III's apartments (photo above) opened to the public. And now, the 2014 renovation has breathed new life into the department again.

It's a Big Department 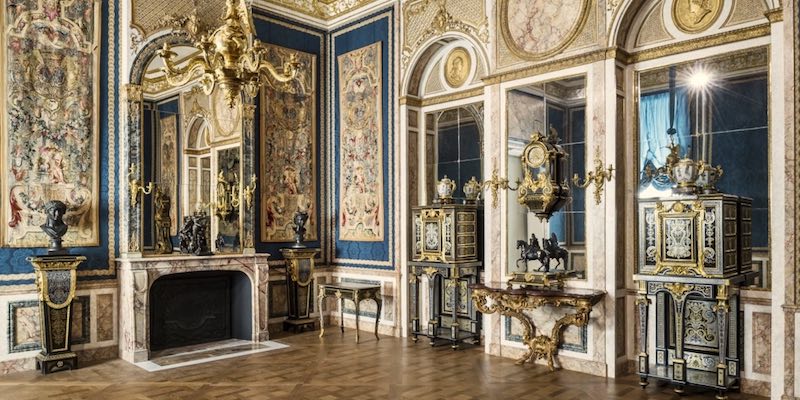