The city is filled with historic churches — they make you feel like a stroll in Paris is a walk through history. In every quartier of every arrondissement the spires and towers of churches are like beacons guiding you on your promenade.

Most people know about the Notre Dame Cathedral and maybe even Basilica Sacre-Coeur, with the big white dome on top of Montmartre. But these just scratch the surface of the fascinating & historic religious structures of Paris. We've selected a few our favorites to bring to your attention. They are all worth a visit.

The church of Saint-Germain-des-Prés was once the richest in France; it's also the oldest church in Paris. The roots of the place go back to Clovis I, the first king of all the Franks, whose son Childebert built an abbey in what were then fields outside the gates of the medieval city, in about the year 550.

This was back in the days when French rulers had all the great names. None of that Nicolas or Jacques or François, but kingly monikers like Chlothar the Old, Chlodio the Longhair, and Clovis the Lazy. The abbey is long gone, replaced by the current church, parts of which dates from the 12th century.

It remains a prominent landmark today as it towers above the 6th Arrondissement. In the church you'll find the tomb of Descartes. Saint-Germain today is also the venue for the occasional classical music concert. If there is a performance while you're in Paris, it's well worth attending.
• Place Saint-Germain-des-Prés, 75006 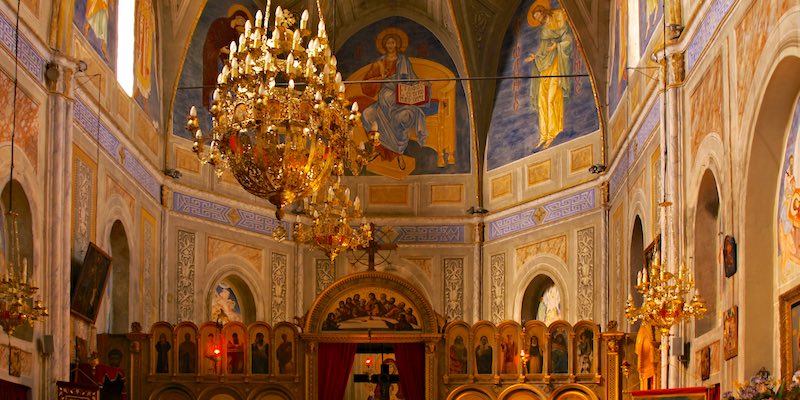 Église Saint-Ephrem-le-Syriaque is the third church built on this site. The first one arose here around 1335, built by the Bishop of Arras, for Italian students at the nearby College of the Lombards. The college changed hands in 1677 and Irish priests built a second church on the site.

The present church was built in 1733, but ceased religious activities in 1825. It was finally purchased by the City of Paris one hundred years later and granted to the Syrian Catholic Church. Today it is also the site of many classical music concerts, and it's easy to buy tickets online.
• Rue des Carmes, 75005

Search for Concerts at Saint Ephrem 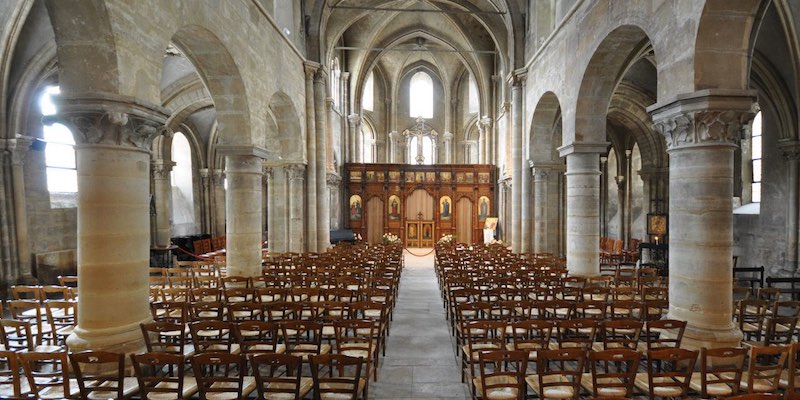 Saint-Julien-le-Pauvre shares a similar story with other Paris churches — construction started, stopped, and then, over the centuries, modifications were made. It was begun in about 1167 but construction halted about 70 years later. It wasn't until the mid 17th century that more work was undertaken. Some parts were demolished, a new facade was built.

The building was almost razed during the French Revolutionary, but underwent considerable renovation in the mid-1800s. Hence, the church is a mix of styles and periods, including the use of materials taken from other churches.
• Rue Galande, 75005 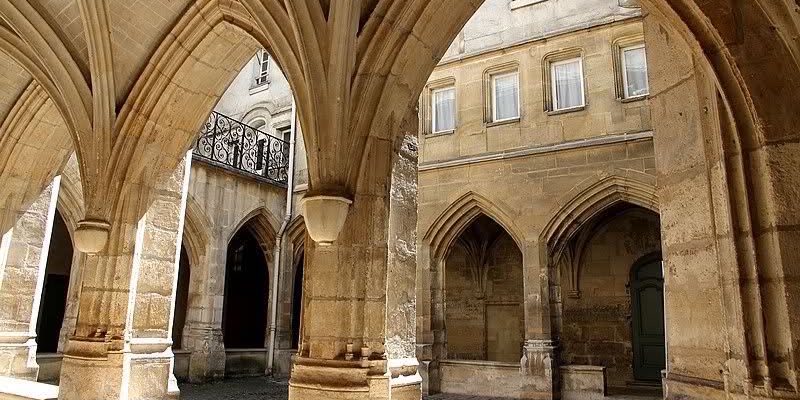 First built in 1294, Église des Billettes also ranks among the oldest Paris churches. In 1299, Philip IV of France turned the church over to the Brothers of Notre Dame Charity Hospital and the church became a place of pilgrimage.

With money from the donations of pilgrims, the Brothers rebuilt the church in 1405 and added a monastery twenty years later. Today, only that monastery remains. The current church was built in the mid-18th century, just in time, it seems, for the French Revolution!

Though the church was sold to private individuals by the Revolutionaires, it was acquired by the City of Paris in 1808, under orders of Napoleon. At that time it was given to the Lutheran church, who still owns the building today. Most of the interior is the result of mid-19th century renovations.
• 24 Rue des Archives, 75004