If you ask us, Église St-Eustache in Paris is a highly unappreciated asset on the city's church scene. Gothic flying buttresses, rose windows, flamboyant vaulting, and a Renaissance facade rivaling that of Notre Dame — St-Eustache is truly a masterpiece of late Gothic architecture. It's also been considered a Mecca for sacred music, with composers like Verdi, Liszt, and Berlioz choosing to play their compositions here, in order to benefit from the spectacular acoustics. 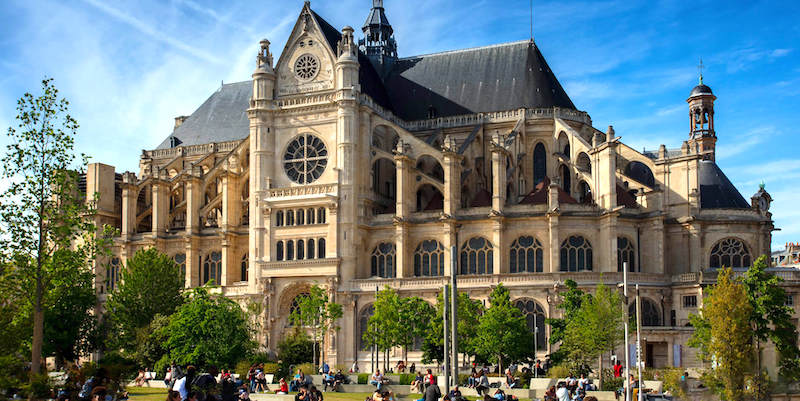 Like many Paris churches, it took a long time to complete. St-Eustache was built over a hundred-year period, between 1532 and 1632. Its enormous dimensions, 346 feet long with a 112-foot-high nave, make it more cathedral than church. And the cherry on top (so to speak) is its gigantic church organ. With 8,000 pipes, it's the largest organ in France. Let's take a look at even more reasons to visit this historic Paris church. 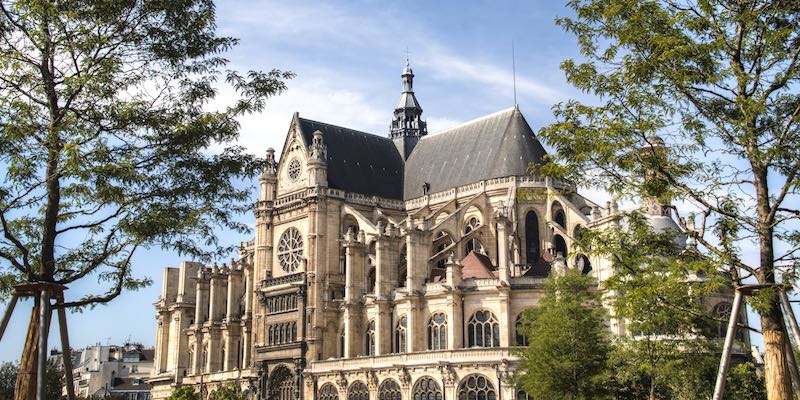 One of the best reasons to visit St-Eustace is the neighborhood. Located at Les Halles, St-Eustache was the gateway to the famous food market that flourished for 800 years. Today its neighbor is the Forum Les Halles, the modern shopping center with its modernistic makeover and a brand-new park space. Just around the corner is Rue Montorgueil, the semi-pedestrian food-lover's market street — another place you don't want to miss.

Instead of waiting in line, like you had to do at Notre Dame, those in the know head to St-Eustache for midnight Mass on Christmas Eve. The pipe organ and the church choir may well be the best Christmas show in town. With St-Eustache boasting the best pipes in the city, French Romantic composer Hector Berlioz (1803-1869) chose to premiere Te Deum here. Liszt's Grand Mass was also first played here.

For centuries, St-Eustache was the the parish church for the merchants of Les Halles and the nobility from the nearby Louvre and Palais Royal. St-Eustache was the venue of choice for society-hosted baptisms like Cardinal Richelieu, Jean-Baptiste Poquelin (aka Moliere), and Madame de Pompadour. It was where Louis XIV received communion. 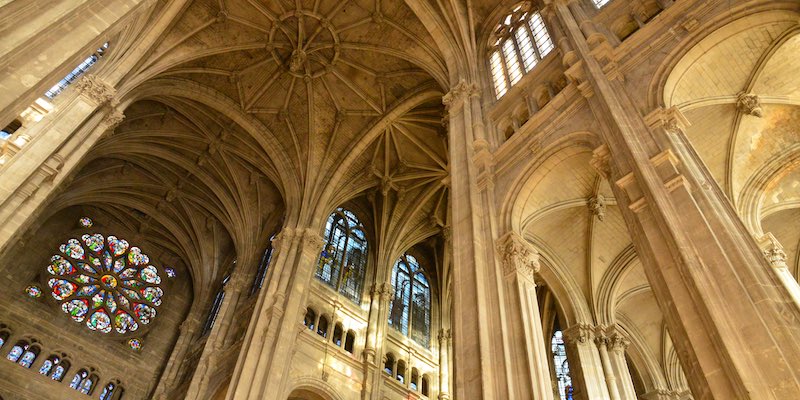 The church is dedicated to Saint Eustache (of course), a second-century Roman general who converted to Christianity when, like Saint Hubert, he saw a vision of the cross poised between the antlers of a stag. A sculpted stag's head and cross are beneath the gable in the church's Renaissance transept facade. Saint Eustache, the story goes, was martyred; burned alive with his wife and children. Nasty. 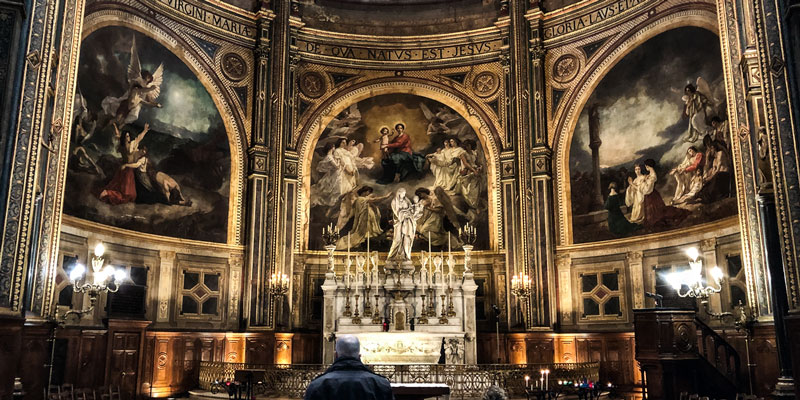 Notable artistic treasures found in St-Eustache are the Rubens painting, Pilgrims at Emmanus, the Pigalle statue of the Virgin, and a colorful sculpted scene honoring the vegetable vendors forced out of Les Halles market in 1969, when the city's commercial food markets were moved to the edges of Paris at Rungis.

8. Tapestry in the Attic

The south transept (the rectangular area that cuts across the main axis of the basilica) is decorated with a tapestry from the chapel of Versailles. It was discovered in the attic of the church in 1926. Once rediscovered, it was restored at the historic tapestry workshops of the Gobelins factory.

St-Eustache was the last Gothic church to be built in Paris. Step outside the church to see Henri de Miller's famous Écoute, a modern sculpture of a giant 70-ton sandstone man's head resting on his hand. Kids love trying to climb it.