The beginning of this major terminus project goes back to 2007 and has already resulted in transformations at Gare de l'Est and Saint-Lazare, improving the user experience and introducing more shops and shopping centers. Let's take a look at the changes and improvements coming to the other four stations, with the biggest changes happening at Gare du Nord. 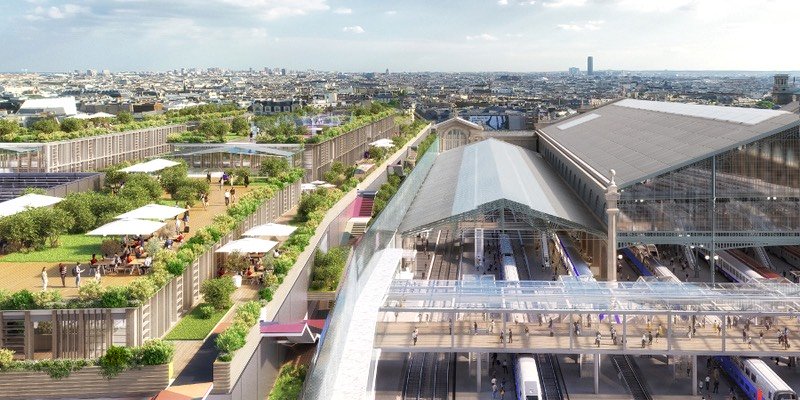 The busiest railway station in Europe is seeing a complete renovation as well as an expansion. The goal is to "transform the station into an urban complex" and turn it into a leading example of "a new type of gare for the 21st century".

The biggest change is that the station will triple in size, to better receive the thousands of visitors coming to Paris for the 2024 Olympic Games. Already the largest European train station, it will go from 36,000 square metres to 110,000. Interestingly — oddly — the new construction will include a one-kilometre-long trail for use by athletes. The original hall will remain visually identical, but the main entrance will move to a new building on the east side of the historic station, giving access to an inner street, 300 meters long, covered by a glass roof. (Illustrated below.) 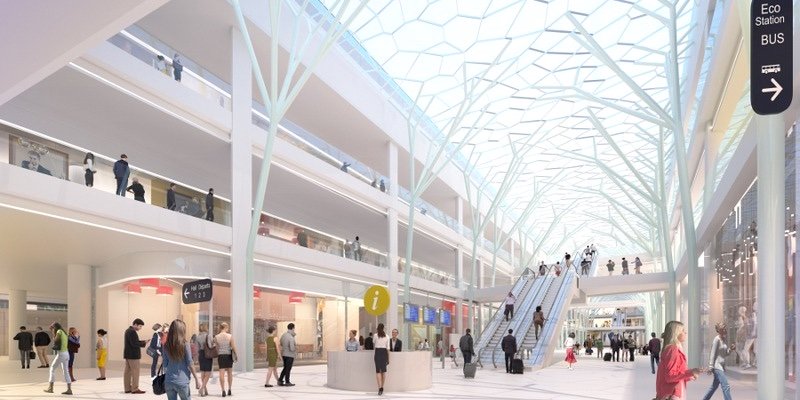 Departures and arrivals will be in two separate areas of the stations thanks to a new departure terminal that's being built. The design should also greatly improve passenger flow, making it more like an airport so that those arriving and those departing will not have to dodge each other. To facilitate two-wheel commuting a huge bicycle garage with 1,200 parking spots is also planned. 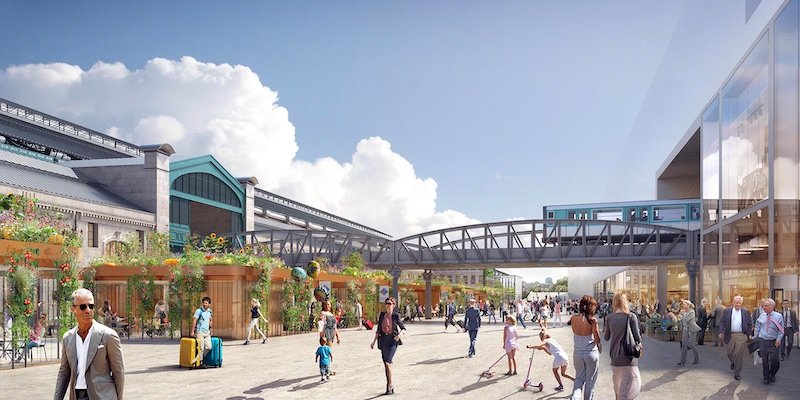 What has been up to now the least used of the six major Parisian stations is also undergoing spectacular changes that will double its capacity. A new, large central hall is being created (La Grande Hall Voyageurs) with a shopping area under the station's original 280-meter long glass roof, which will also be completely restored. Passenger navigation within the station will be vastly improved, and there will be better connections to the Metro.

New tracks and four new platforms are being added at Gare d'Austerlitz to take some of the passenger load from Gare Montparnasse and Gare de Lyon. In fact, Gare d'Austerlitz will be the Paris terminus for a new high-speed direct train to Lyon. Austerlitz will also be the Paris home of TGV Atlantique and TGV Sud-Est, but we don't know if the trains to Avignon (for instance) will run from here or continue to run from Gare de Lyon. 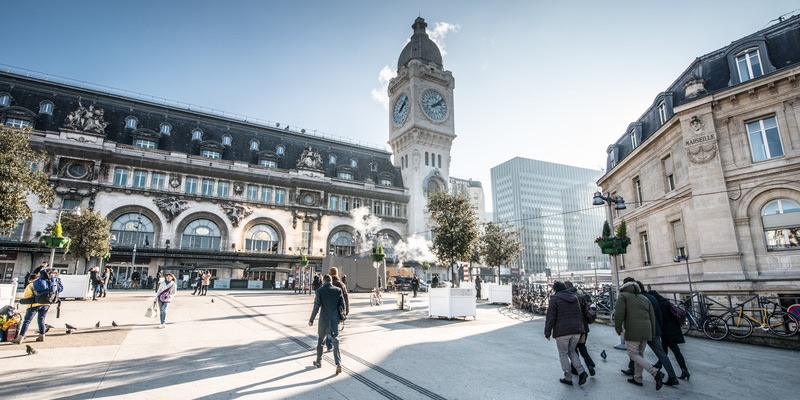 Gare de Lyon has always been our favourite train station in Paris; it's the gateway to Provence and we've caught many a TGV to Avignon here. The historic clock tower has already been restored. Next up is renovation of the station's facades and the refurbishing of floors, roofs, and frescoes. One of the changes will be a new facade on the Bercy side, the back side, of the station. The interior halls are being updated (that work has been underway for a couple of years).

We mentioned that some of the traffic load from Gare de Lyon is going to be shifted to the renovated Gare d'Austerlitz and this should make passenger traffic in the main halls a bit less hectic and, we hope, ameliorate the crazy car traffic in the plaza in front of the station. (To look more like the illustrated concept above.) Roadways around Gare de Lyon and access to the station are also being improved. 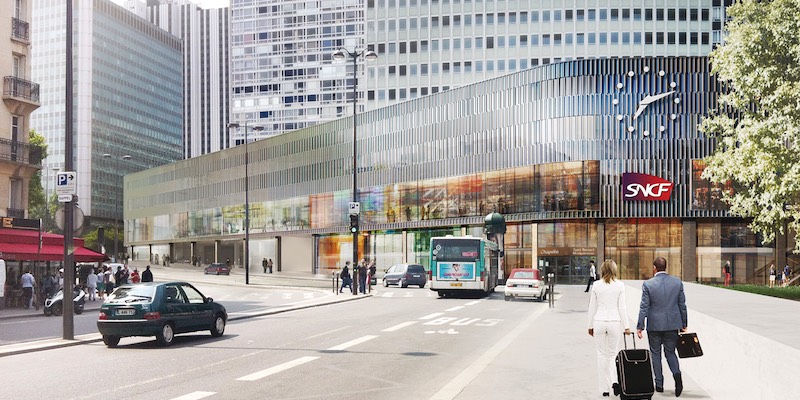 Gare Montparnasse also expects a heavy increase in travelers for the 2024 Olympics and into the future, so a vast renovation project is planned in and around the station. Like the other Paris gares, a brighter, more modern commercial space is being created, featuring more comfortable waiting areas for train passengers. Outside, the station facade is being completely made over with a glass curtain wall decorated with shapes of anodized aluminum in the colors of the frescoes that are found in the main hall of the station.

Tour Montparnasse, the skyscraper part of the the station complex, is undergoing a huge renovation and energy upgrade in an attempt to make the building more attractive and to give it a "green" edge. The building will be crowned by a multi-story rooftop conservatory, sitting above the current observation terrace. The area around the tour is also getting a makeover, with a new open plaza between the skyscraper and Gare Montparnasse.

How to buy train tickets in France