Gare d'Austerlitz, one of the six train stations of Paris, is located at the northernmost tip of the 13th Arrondissement, right across from the Jardin des Plantes (which is in the 5th Arrondissement) on the banks of the Seine. The station has traditionally served the central part of France located due south from Paris, right down to the Spanish border — Orléans, Limoges, Cahors. 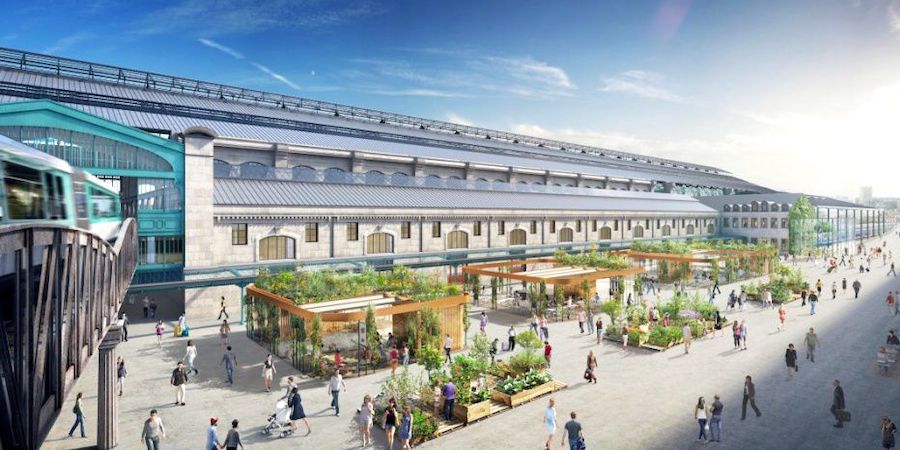 Gare d'Austerlitz and environs after the renovation

A €290 million expansion and restoration of the station (2016-2022) added four new platforms and refurbished all the existing tracks. The station now has room for the high-speed trains that service the Lyons region (LGV Sud-Est) and trains that go southwest to Le Mans and Tours (LGV Atlantique), taking some of the rail burden from the busier Gare de Lyon and Gare Montparnasse. The number of travellers passing through Gare d'Austerlitz will grow from 23 million pre-renovation to 53 million in 2030. 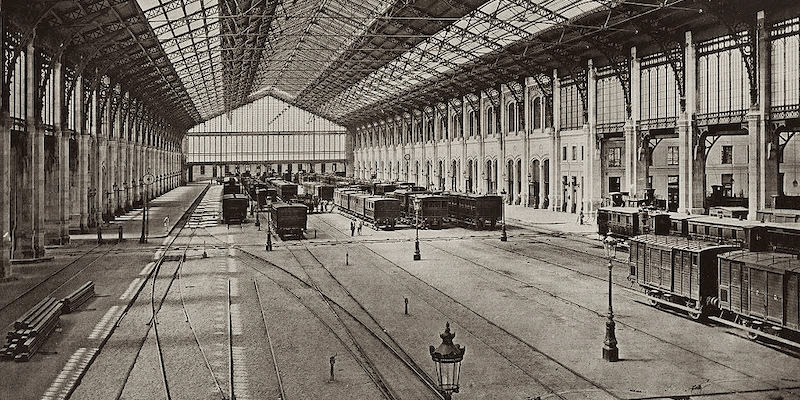 The main hall at Gare d'Austerlitz in 1883

Gare d'Austerlitz began life as main station for the Paris-to-Orléans Railway Company and was therefore originally called Gare d'Orléans. The current name comes from Napoleon Bonaparte's 1805 victory in the Battle of Austerlitz over Alexandre I of Russian and Francis II of the Holy Roman Empire. (The gare is only indirectly named for the battle. It's named for the bridge that was named for the battle.)

Here in the 13th Arrondissement, the 19th-century train mania began in 1838 when the first rail platform was built just behind the current location. Train travel was so quickly taken up by the French that, as with all the other Paris stations, Gare d'Austerlitz proved to be too small within a few years and by 1846 it had already been expanded. Then once again, between 1862 and 1869, the station was demolished and rebuilt. That new station, the bones of today's Gare d'Austerlitz, included an arrival and departure pavilion, a restaurant pavilion, as well as the offices for the Paris-Orléans railway.

At the time, the massive iron hall, 51 metres(168 ft) wide and 280 metres (920 ft) long, was the second largest in France. Historical tidbit — during the siege of Paris (Franco-Prussian War of 1870), when no trains were running, the vast space was converted into a factory making gas balloons that could carry people and cargo over the besieging Prussian army.

Reaching Out to the Southwest 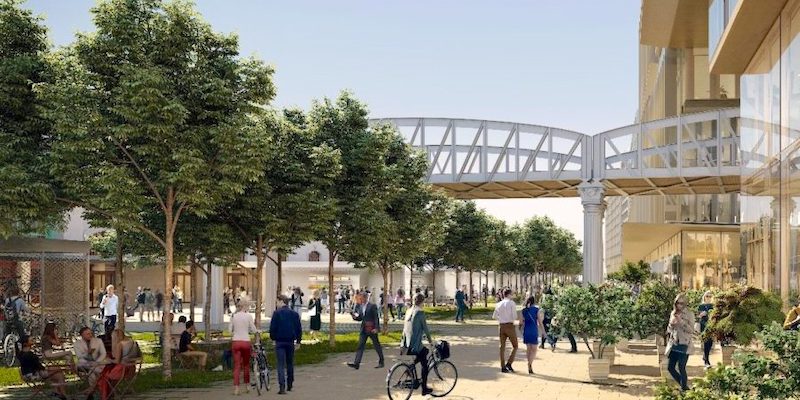 A massive rehabilitation of Gare d'Austerlitz also profoundly transformed the face of its neighborhood. Over the decades the station and the surrounding area slumped into a certain shabbiness. At the same time, an increased demand for rail service in France caused not only Austerlitz but other Paris gares to become overcrowded.

In addition to renovating the station itself and passenger access, the unattractive surrounding area is being transformed, creating green space, housing, a student residence, offices and shops. Public areas — for travelers and residents alike — are doubling in size and there will be an 8,000 square-meter extension of a garden at Square Marie Curie, next door. As we said, it's massive! 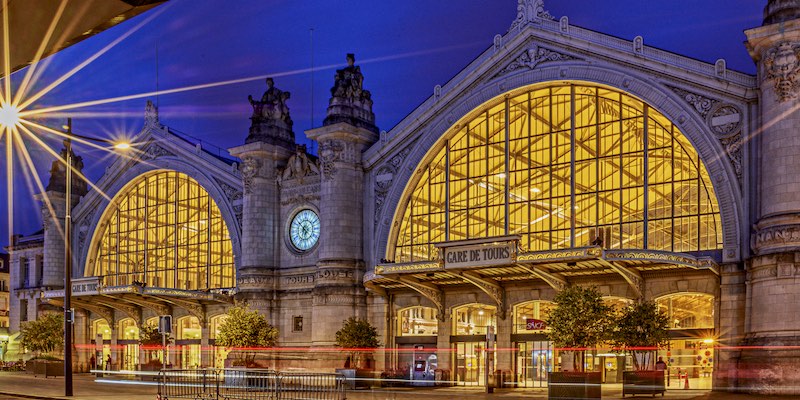 Gare de Tours in the city of Tours

With the expansion and addition of extra tracks, Gare d'Austerlitz will become a terminus for high-speed trains running to southwest France serving centers such as Le Mans and the Loire Region, Tours in the region of Centre-Val de Loire and (we hear) Royan on the Atlantic Coast.

Gare d'Austerlitz will continue to be the gare you'll depart from if you're heading south from Paris, to places like Limoges, Orleans, Bourges, Tours, the Vendôme, Briançon, Brive, Cahors, and Cerbère on the Mediterranean. The gare is also connected to the Paris Metro lines 5 and 10, RER line C, and numerous Intercité lines serving Île de France commuters.

How to buy Train Tickets For France

Nighttime in Paris – Romantic Things To Do

Gare d'Austerlitz in the Arts 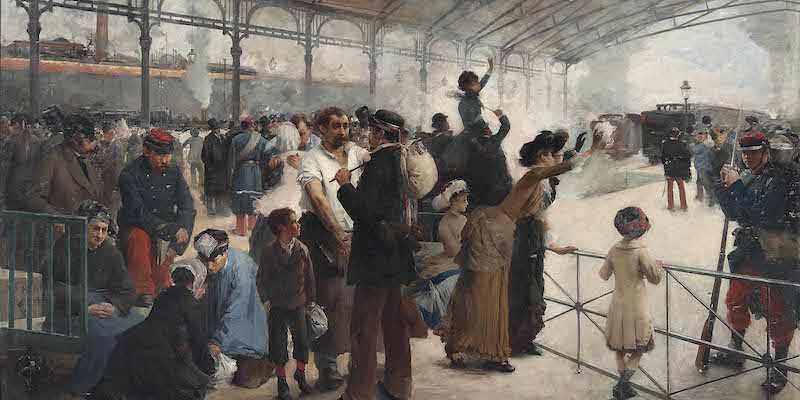 While Impressionist master Claude Monet captured the monumental proportions of Gare Saint Lazare in a famous series of paintings, French artist Paul-Louis Delance (1848-1924) focused his attention on the human aspect of Gare Saint Lazare. Here he shows a family saying their goodbyes at the station. 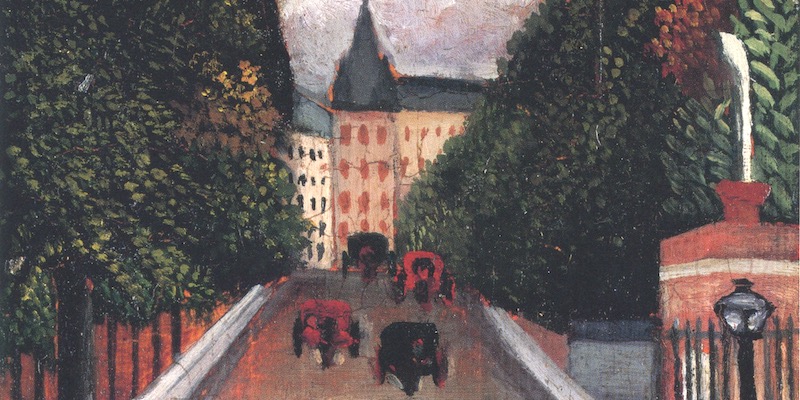 View from the Left of La Gare d'Austerlitz, Henri Rousseau

To turn to something completely different — before he devoted himself to painting jungles and tigers, Henri Rousseau produced View from the Left of La Gare d'Austerlitz, a childlike impression of Gare d'Austerlitz at the turn of the 20th century. Even the carriages look like lumbering elephants. Or something. 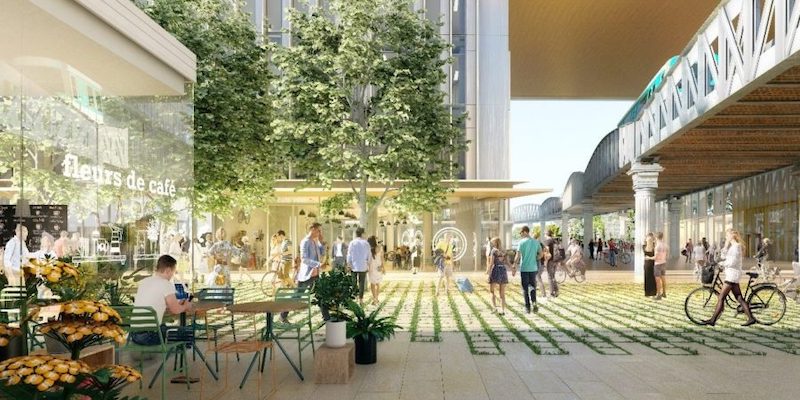