It's not often Paris sees a brand-new, new five-star hotel burst onto the scene. But, Paris being Paris, there's always a story behind the headline. Hotel Alfred Sommier, with its remarkable history, is the newest luxury hotel on the Right Bank. Neatly tucked away in a private courtyard in the chic 8th Arrondissement, it's just a short walk from everywhere you want to be in Paris, including Place de la Madeleine. 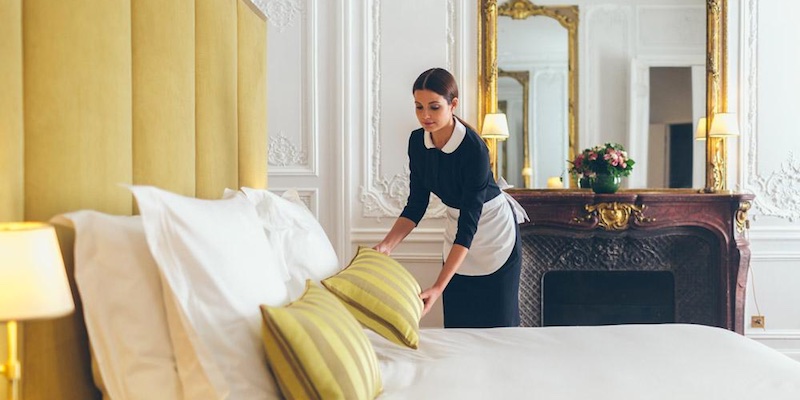 The new hotel was once an incredible family mansion (called a hôtel particulier) built in the 19th century for Alfred Sommier, a wealthy businessman who made his fortune in sugar. Surprisingly, the mansion has stayed in the family and Richard de Warren, a direct descendant, has now transformed it into a luxury hotel.

What You Can Expect at Hotel Alfred Sommier

One of the major stars of the show is the majestic, central marble staircase that takes you to the eighty rooms and twenty-two suites, some with connecting rooms and private terraces. As you would expect, the decor is elegant and understated with a cream-color palette to accentuate the original marble features.

The most spacious suite, the Vaux-le-Vicomte, pays tribute to the castle, which was purchased and restored by Sommier in the 19th century. Located on the first floor, this majestic suite overlooks the garden and can connect to a junior suite to create a large apartment.

The classic double rooms have a more modern feel with simple white walls to highlight the bold blue accents. Each room is equipped with its own Nespresso machine and Guerlain bath products. Of course, the mansion's original design details, like the wood floors, exposed beams, painted pillars, and ornate decorative fireplaces have all been maintained.

The restaurant, Les Caryatides, is named for the two Louis XV Greek-inspired statues that guard the entrance. Guests can dine under the glass covered conservatory, enjoy a drink in the bar, or take to the large private courtyard. Once the l'ancien fumoir or smokehouse, the bar also opens onto the garden.

The Story of Alfred Sommier 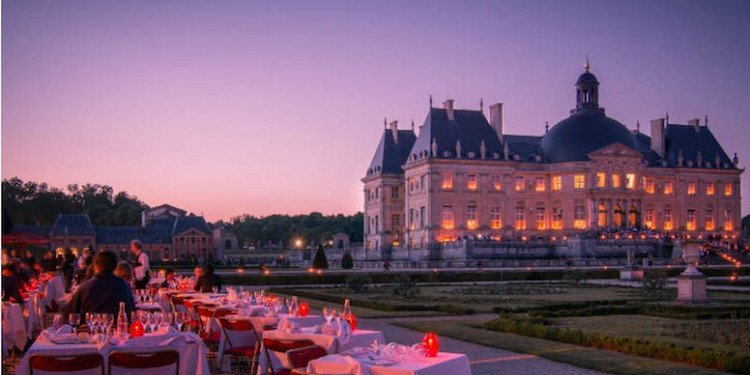 In 1860, Alfred Sommier (1835-1908) and his wife Jeanne de Barante built a Parisian mansion in which to raise their three children — Edme, Lucie, and Alexandre. Although he was a dynamic businessman, Sommier also gave back to his community. For example, in 1867 he founded a hospital for the homeless.

Sommier also purchased the historic Vaux-le-Vicomte castle In 1875, which had been abandoned and under threat of demolition. Built by Louis XIV's Finance Minister, Nicolas Fouquet, over a twenty-year period Vaux-le-Vicomte was completed in 1661. Unfortunately, Fouquet was arrested the day after he hosted the king at a dazzling reception. Fouquet spent the rest of his life in prison. It's never a good idea to outdo the king.

During the last years of the 19th century, Sommier enthusiastically took over the task of returning the estate to its original splendour. His children continued the project and today his descendants, Patrice and Cristina de Vogüé, and their three sons carry on the stewardship started 140 years ago.

Vaux-le-Vicomte – The Tragic Inspiration for Versailles