Tucked behind the Grands Boulevards in the 9th Arrondissement is Hotel de Nell, a sophisticated five-star luxury hotel with an airy, clean design that creates an overall feeling of straightforward elegance. 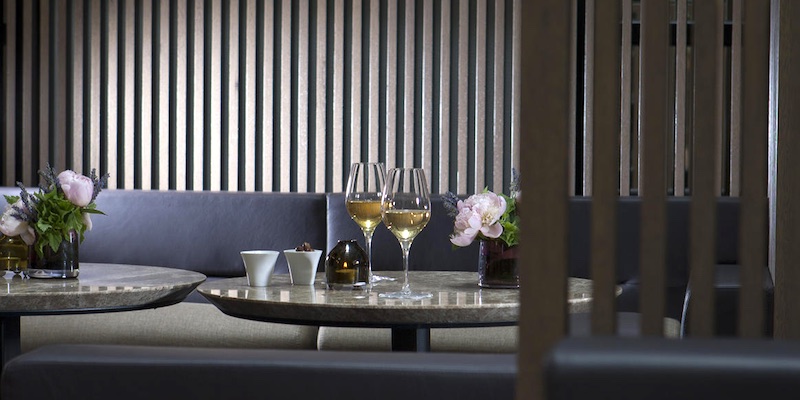 Although located near the buzzing Grands Boulevards, the Hotel de Nell is set on a secluded street away from the bustle of the Grand Magasins. Here you get the best of both worlds — you're close to the city sights, historic department stores, and the Palais Garnier opera house but in a quiet, postcard-worthy location.

What You Can Expect at Hotel de Nell

The striking facade of the 19th-century, six-level, Haussmannian building has been restored to its former glory using a white palette that carries on from the exterior to the rooms and common areas. Hotel de Nell is now a striking, renovated boutique hotel located in the Opera district near Palais Garnier and both the Galeries Lafayette and Printemps department stores on Boulevard Haussmann.

Here minimalism is done right. Architect Jean-Michel Wilmotte (he also designed Hotel Lutetia) has achieved a stellar hotel filled with the best details — heated parquet floors, organic wool carpets, stone-walled showers, and, in some rooms, massive Japanese bathtubs carved from a single block of marble and fitted with wood accents. With the use of natural wood paneling, fireplaces, and white marble Wilmotte has created a hotel with understated elegance.

Hotel de Nell is set on a narrow lane overlooking the 19th-century Sainte-Cécile church. Most rooms have views of the church, framed by large picture windows and with plenty of natural light.

The thirty-three rooms and suites feature a palette of bright and dark colors, with natural materials like organic wool carpets, parquet flooring and marble. The sleek interior, showcased in the ground-floor hotel restaurant La Régalade Conservatoire, has an eye-catching black-and-white-checkered floors. Here you are served upscale bistro fare from chef Bruno Doucet.

The hotel's junior suites clock in at a spacious 55m², with a bedroom and separate living room. The balconies look over the quiet square of Sainte-Cécile. As you would expect, all the rooms are equipped with the latest technologies — bluetooth speakers, flat-screen TV, free WIFI access, Nespresso coffee machines, and an unlimited selection of teas and coffees.

Book a beauty treatment or a massage at the in-house spa, where a sauna and Japanese bath treatments are available. The lobby bar features comfortable Japanese-style deep armchairs and a glass roof over the area for extra charm. Or you can find refuge in the Cellar Library, a glass-enclosed wine cellar filled with books selected by the owners. And Paris being Paris, you can order your pillow from a pillow menu.