The Paris Zoological Park Is Looking Better Than Ever

This is no ordinary zoo. First opened in 1934, the Paris Zoological Park (Parc Zoologique de Paris) has undergone a multi-year, 200 million Euro renovation in the 21st century, taking it to a new standard in modern animal care. It's bigger and better and the good news is that two main features from the original zoo layout — the pretty artificial lagoon and high rock mountain (called Great Rock) — have been integrated into the modern design.

Besides the sparkling renovation and the thousands of animals, another reason to visit is that not many tourists make it out to Vincennes where the zoo is located, giving you a chance to study both the animals and les Parisiens in their natural habitat. The zoo is is divided into five major natural environments, called biozones. Each zone is designed to help to preserve and protect endangered animal species. We love the fresh, expansive non-zoo look and feel. Let's take a closer look. 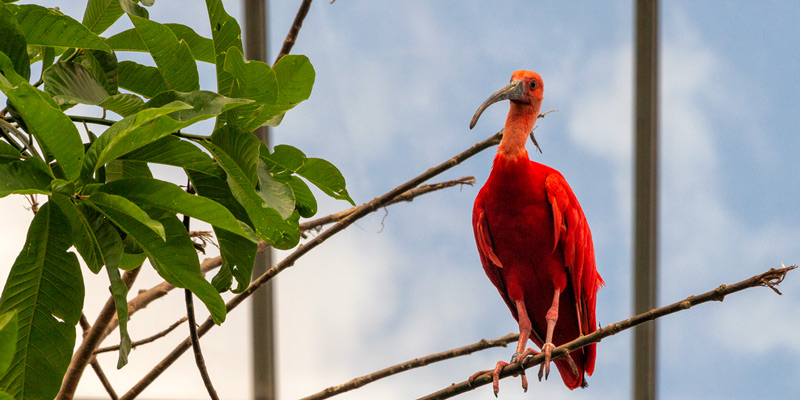 Immerse yourself in the wild surroundings of an endangered rainforest. You are transported to an equatorial land to discover a wide variety of Amazonian animals — tapirs, jaguars, manatees.

See small primates, like white-faced sakis and tamarins, romp in the branches overhead. Around the corner, sloths and giant anteaters lumber while colorful birds fly freely in the lush environment. At the foot of the waterfall, manatees, an endangered species from Guyana, swim with their friends the arapaima, the world's largest freshwater fish, as well as the fish of paradise, the arowana.

2. Europe – A Fresh Look at the Old Continent 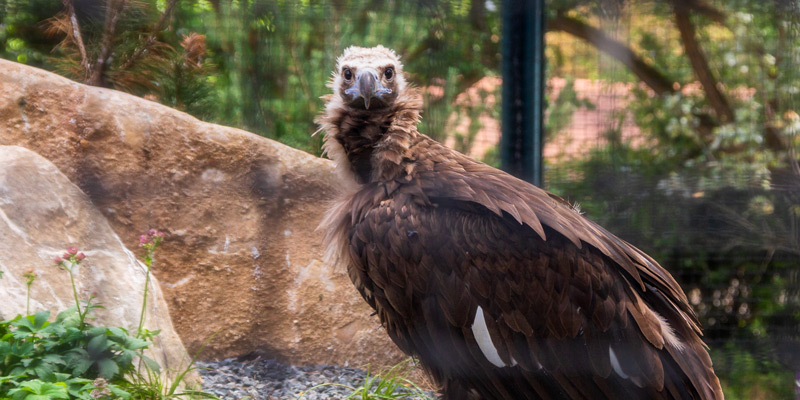 Explore the European biozone at the foot of the Great Rock, the artificial mountain central to the zoo. Flanking the famous rock is the otters' waterfall and an aviary with a plethora of threatened birds of prey — the black vulture, the Egyptian vulture, and the Red Kite. (Kids love feeding time here, when massive chunks of raw meat are thrown to the vultures.) 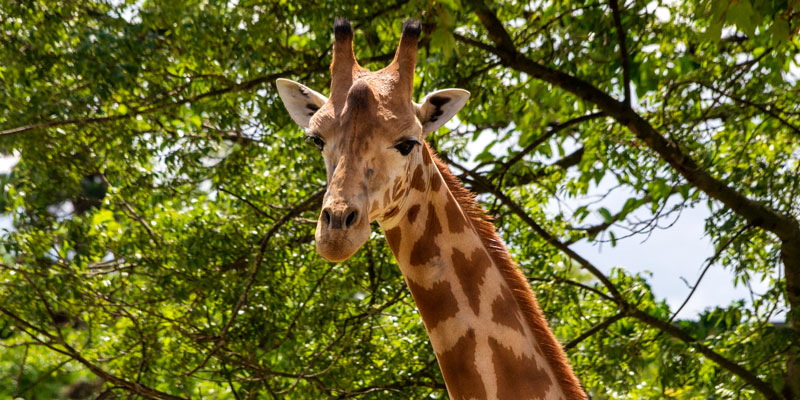 At almost five hectares, the African Biozone is the largest at the Paris zoo. This is the place to see white rhinoceros, zebras, giraffes, and west African lions romp, play, and herd. Travel from wooded savanna to the delta, from shrub lands to open grassland in a wonderful recreation of the African plain.

The mammals in this zoo biozone play an important role in conservation. The two antelopes that live here, the scimitar-horned oryx and the addax are either extinct in the wild or critically endangered. The huge aviary (2,000 square metres) takes you along a wooden pontoon where you admire pink flamingos, white spoonbills, storks and hundreds of free-flying birds.

This golden landscape is the perfect setting for the largest herd of giraffes in Europe. The sixteen giraffes lived at the zoo during the long renovation process. Meet Benny the giraffe and his many giraffe girlfriends, Guenièvre, Aurore, Adeline, Ariane, Adège, and Lady, to name just a few. They love their new living space — it's twice as big as before. 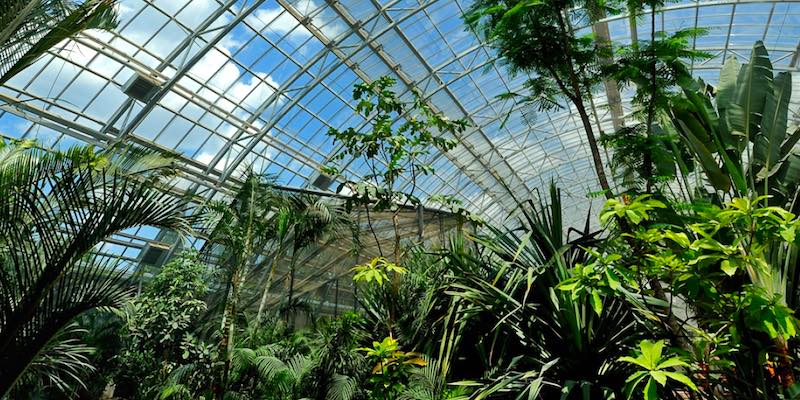 Did you know that Madagascar is the fourth largest island on the planet? That eighty percent of its species are endemic, however most are endangered? The tropical rainforest in the Great Glasshouse is filled with lovebirds, Madagascar pigeons, and lemurs, including the most endangered, the greater bamboo lemur.

Lemurs scamper on the biozone islands while the fossa, the largest carnivore on Madagascar, wanders in the dense vegetation. As you round a little hill, you move from rainforest to desert in the the dry Madagascan forest. The small valley, covered in sparse plants, grasses and thorny shrubs, is home to the radiated tortoise, the crowned sifaka, and the lemur of Madagascar. 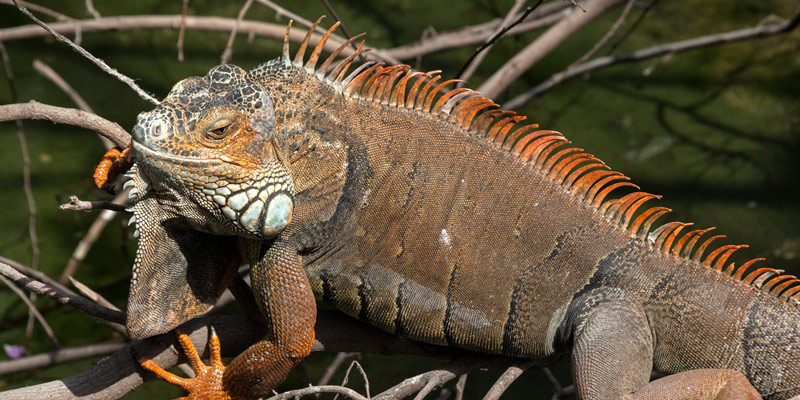 South American sea-lions bask on the rocks while Humboldt penguins dive into the pool. Get even closer to see their underwater antics through glass walls.

Patagonia, the southernmost part of South America, straddles the border of Argentina and Chile and its vast landscapes offer a rich biodiversity — from rocky coasts, to forests, to vast deserts and plains. The Patagonian steppe, with barren vegetation and bleak hues, is home to otherworldly creatures like Darwin's rhea, a relative of the ostrich; the mara, or Patagonian hare; and the guanaco, a cousin to the llama.

The Andean forest has been recreated with stunning detail. Pumas and pudus roam freely. What the heck is a pudu, you ask? The Andean pudu is the smallest member of the deer family with a shoulder height of barely fifteen inches. Its petite stature allows it to weave deftly through the dense forest vegetation floor. 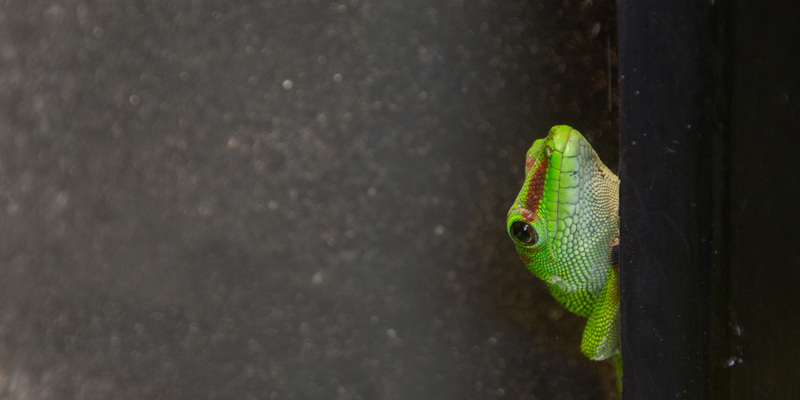 GETTING THERE
The Paris Zoo doesn't have any parking facilities. "In the interests of sustainable development and convenience," they write, "we recommend that our visitors use public transport." Luckily, it's easy to get to the zoo from almost anywhere in Paris.

Take Metro Line 1 or RER A to Vincennes station from whence it's a pleasant stroll to the zoo.

SERVICES AT THE PARIS ZOO
There are two restaurants and several snack stands dotted along the zoo's traila. Don't miss the baguette hot dogs sold at the snack bars. There are two picnic areas, a gift shop, and plenty of benches to rest on between exhibits. Wheelchairs are available on loan. The restrooms are found close to the entrance.

TWO ZOOS: ONE TICKET
If you're planning to to the Paris Zoo as well as the Natural History Museum (Musée National d'Histoire Naturelle), you can buy one ticket that saves you money and lets you skip the line. Simply keep the two-zoos-combo-ticket purchased at the first zoo you visit, and then show the ticket at the entrance to the second zoo and skip the line. You save about 25%.