Spring is in the air and in May, Paris events explode. The month starts out with Fête du Travail, Labour Day, one of the most important holidays of the year, and follows with the St Germain Jazz Festival, the French Open, and two of our favorites — the Fête du Pain, celebrating the best baguette in Paris, and Taste of Paris at the Grand Palais. If you're into home decoration you'll want to make your way to the Porte de Versailles for spring edition of giant home show, Foire de Paris, continuing into May.

Discover The Best Things To Do In Paris When You're Here 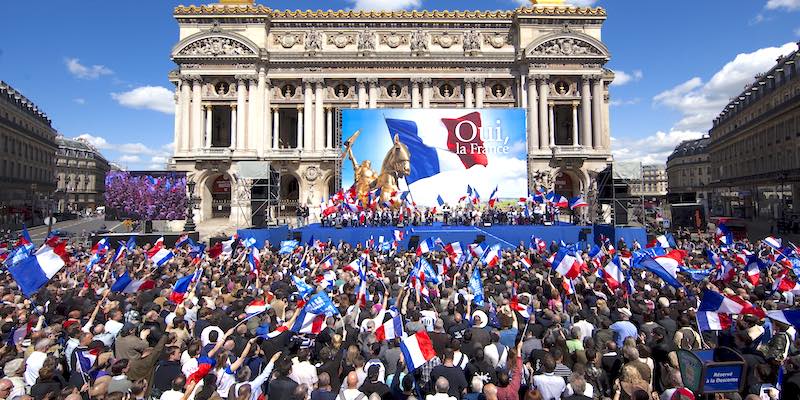 This is one of the most important national holidays in France and it is taken very seriously. Ever since the French Revolution workers have taken measures to protect their rights. La Fête du Travail is celebrated in Paris with a handful of peaceful rallies along with a big parade at Bastille.

In 1886, socialists celebrated the anniversary of the French Revolution by declaring May 1 International Workers Day. Their original symbol, a red triangle, symbolized eight hours of work, eight hours of sleep. and eight hours of leisure. In 1907 it was replaced by the Lily of the Valley (called muguet in French). May 1 was officially declared Fête du Travail in 1941 and is now a national holiday in France.

May 1 is also celebrated as the real arrival of spring. You'll see many pop-up sidewalk stalls selling muguets, since it's the only day when flowers can be sold on the street without a permit. In France, muguets have long been a symbol of good luck; it's said that the tradition started with Charles IX in 1561, when he was given the flower as a gift. He was such a fan that he started giving them to all the ladies of his court on the same day each year. Expect many restaurants, museums, and services to be closed.

During this World War II Victory Day ceremony the President of France lays flowers on the Tomb of the Unknown Soldier at the Arc de Triomphe to honor the liberation of France. It was May 7, 1945 when the Nazis officially surrendered to the Allies, with the the last battle taking place on May 8th, marking the end of the World War II. Although it was celebrated for decades, it was 1981 when President Francois Mitterrand declared Victory Day a French National Holiday. 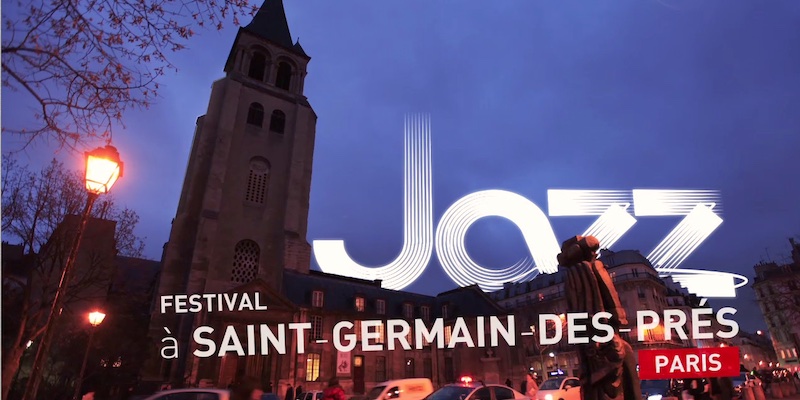 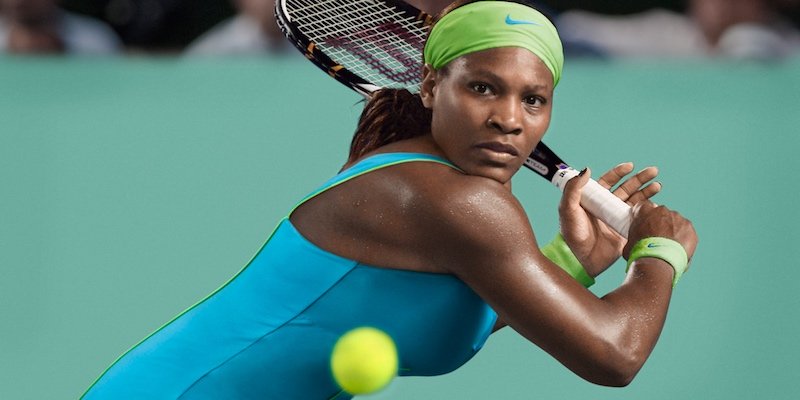 The French Open, or Championnats Internationaux de France de Tennis, is held at Stade Roland-Garros in Paris every year between late May and early June. (The stadium is named after the famous French aviator Roland Garros). The two-week tournament is the second of the four tennis Grand Slams; the others are the Australian Open, Wimbledon, and the US Open. The French Open is the only Grand Slam event held on clay, famous for its slow-playing surface, and is considered the most physically demanding tennis tournament in the world. 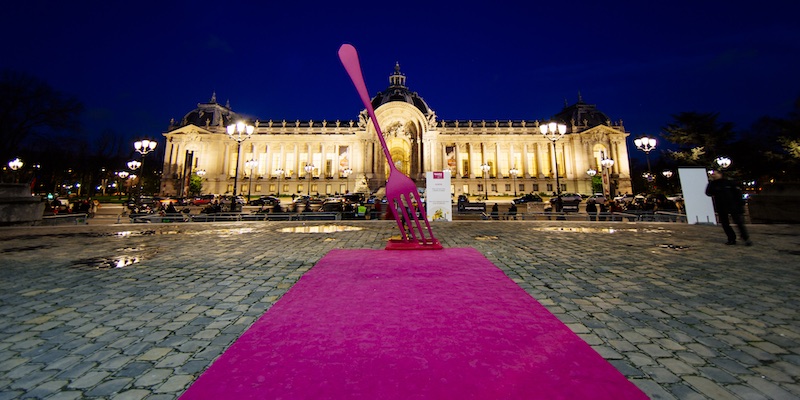 The Grand Palais will be transformed into a showcase for the best restaurants and artisan food producers during four days of gourmet food tastings, cooking shows, and meet-and-greets with the top chefs of France. Sample signature dishes in taster-size portions, served by young, emerging chefs as well as Michelin-starred chefs at pop-up restaurants under the iconic glass dome of the Grand Palais.

Famous chefs like Anne-Sophie Pic, Cristophe Michalak, Bruno Doucet, Frederic Anton, Gregory Marchand, and Kei Kobayashi will be on hand at the Theatre des Chefs to deliver masterclasses and special workshops. Taste of Paris also features 100 artisan food & wine producers along with the very popular Laurent-Perrier champagne bar where glasses of bubbles will be poured all day long. You know where you can find us.

The biggest home show in France, held in Paris, takes place two times a year, once in the fall and again in the spring. Just like Fashion Week, the Foire de Paris spring edition will showcase the latest trends in home and garden. This is the place to learn about Arts & Crafts, Fashion, Leisure and Wine & Gastronomy. There are hundreds of exhibitors plus many cooking classes and events. 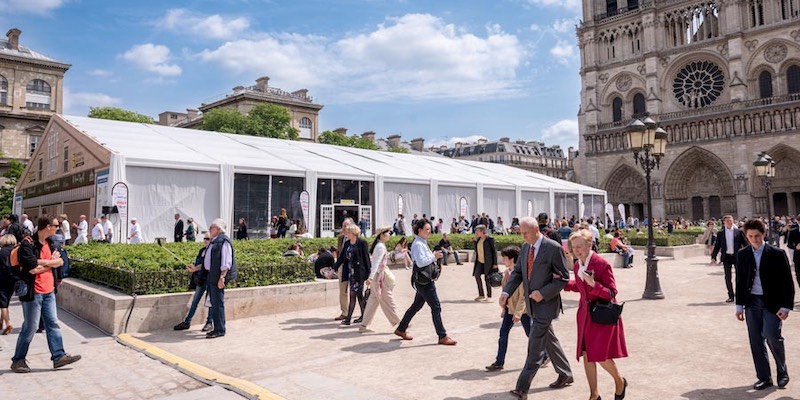 As they say: only in France, folks. The Festival of Bread is held across France; in Paris, the hub of activity has usually been in front of the Notre Dame Cathedral, but after the recent fire, we're not sure where the festival will be held. Be on the lookout for the huge tent, outfitted with a bevy of ovens and a hundred bakers churning out 3,000 traditional baguettes each day. The ten-day festival also holds workshops and cooking classes to teach you how to make everything from bread to pastry.

The top prize in the national championship for the best baguette is also awarded. This is not a lightweight competition. Candidates have six hours to prepare and bake (in front of the audience) forty baguettes meeting the requirements from the baguette decree of September 13, 1993. The jury includes six professionals, including winning bakers from past competitions. The baguettes are graded according on several factors — the look, the crust, the flavor, the crumb (the interior), and the overall taste. Check the website for the 2021 dates. 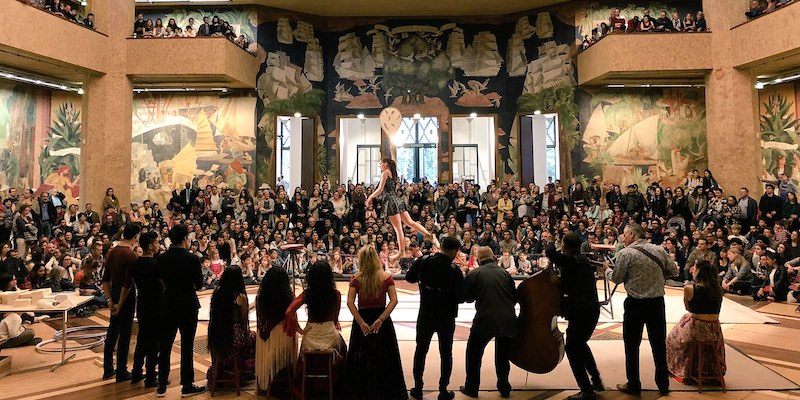 Art lovers unite! Two million visitors, 1,200 museums and 3,000 events make this free night at the museums a sensational success across Europe. During one night in May, Paris museums fling open their doors for a free late-night experience. Paris Museum Night is held on the third Saturday in May — a great time to stay up and catch some art action. The idea started in Berlin in 1997; in Paris we have the former mayor Bertrand Delanoe to thank for grabbing the idea and making it even bigger with guided tours, workshops, screenings, tastings, and live entertainment.

The Yoga Festival Paris is an annual event and one of biggest of its kind in France. For four days, visitors will be able to meet experts in yoga, Ayurveda, and similar disciplines. Ninety free yoga classes will be offered in three studios. Also on the agenda are conferences focusing on self-care and nutrition. There are also healing workshops and master yoga classes. The complete program will be unveiled in June.