You Asked – Is It Possible To Visit Paris On A Budget?

I lean towards budget travel (flights & hotels) because I want to have travel money left over for food and fun and any little splurges that might come along. My overall travel budget is around $5,000 to $6,000 for three people. I have found a number of airfare/hotel combos in the $3,000 to $4,000 range. The hardest thing about these combination packages is knowing which area of Paris is really going to serve us best.

"If I look at booking hotels separately I would still like to pay 100€ to 200€ per night for a hotel. I hope I don't sound too cheap! I would like to travel to Paris on a budget, but still reap the rewards of the sights and activities! I certainly look forward to your ideas and suggestions! Thanks for your help."
– Pinching Pennies in Pennsylvania

We Answer – How to do Paris on a Budget

Dear Penny,
You'll be happy to know that there are several good Paris hotels in that price range of 100€ to 200€. Don't expect lavish extras, but you can find decent, clean, even nice accommodations for that price. Especially since it is your first time to Paris, we would recommend that you stay close to the center. There are some areas that we wouldn't recommend for your first time in Paris. 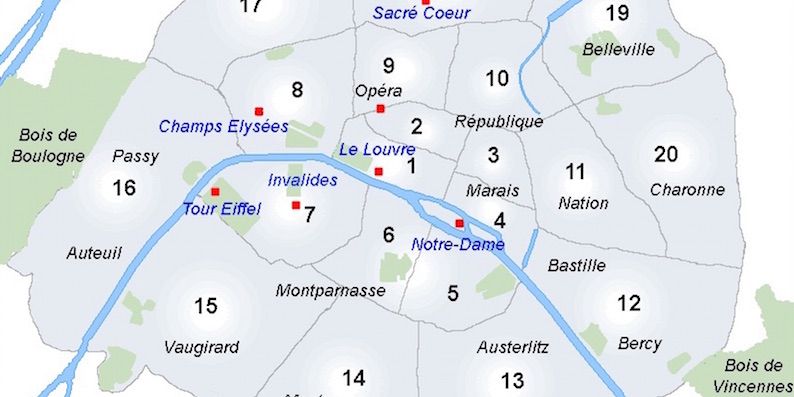 The part of the 9th Arrondissement,north of Palais Garnier and the grands magasins , has several budget hotels, but we're not really fond of staying there. Although it's perfectly safe, it is very busy and doesn't have the charming Paris neighborhood feeling. (However, we do like the south area of the 9th, around Metro Opera.)

Although we love Montmartre, we don't recommend it to first time visitors for a couple of reasons. First, it's not close to the center of Paris — the Metro ride is 20 to 30 minutes long. Also, unless you're staying close to Rue des Abbesses, you can end up in a heavily-touristed part of the neighborhood.

Now let's get to the good stuff, the areas we like to stay in! It's nice to know that there are good budget hotels to be found in all areas of Paris. We especially like the neighborhoods around the Eiffel Tower in the 7th and the 15th. As you go south from the Tower into the 15th the area is not as touristed, it's more local and a great place to make your base.

Another new favourite area for us is in the 3rd and 11th Arrondissements, on the border of Bastille and the Marais. There are a lot of good Paris on a budget hotels in the area. Before we get to some specific recommendations, here are some things to keep in mind — 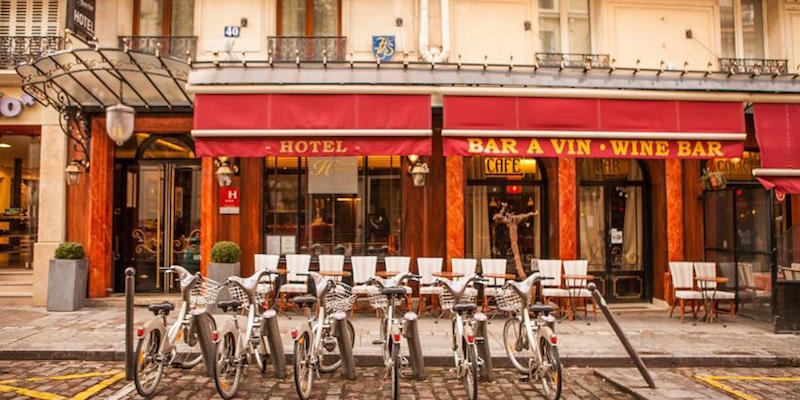 At this charming hotel found in the 5th Arrondissement, in the Latin Quarter, you'll be close to everything. The last time we checked, an executive triple room was about 230€ per night.
• 40, Rue Saint Severin 75005 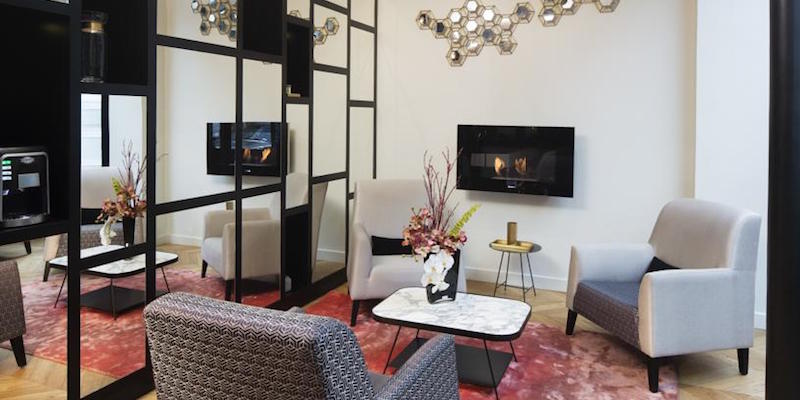 This centrally located Paris hotel is just on the edge of the Marais. Guests rave about the nice touches in the hotel, like the friendly staff and cute decor.
• 76, rue de Turbigo 75003

More Paris on a Budget Tips