From AOC To Beurre – A Beginners Guide to French Butter

So delicious, so many to choose from. Even with all the other great French foods available, the butter we buy in Paris is pretty much top of our list of the best foods of France. That's because French butters are so different from the butter we were used to. It takes a bit of training to get to know the choices in French butter and to learn about the butters that have their own AOC, the official designation.

Butter is the main cooking ingredient for most of France until you get to Provence (south of Valence, they say, is where olive oil cooking starts), and is used for baking, to slather on a baguette, to sauté foods, and in many sauces. Our French friends take their butter seriously — from unsalted to slightly salted with sea salt, to special butter just for baking. Most of the best French butter hails from Normandy, where cows roam and feed in grassy fields. We wrote about beurre in our book, How to Cook Bouillabaisse in 37 Easy Steps: Culinary Adventures in Paris and Provence. We'll share an excerpt below —

The A-O-Cs of French Butter 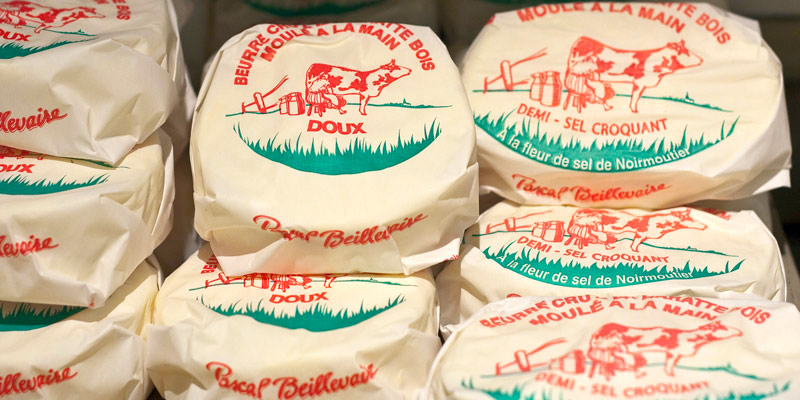 Butter is the not-so-secret ingredient of French cooking. The biggest difference between French butter and others is the higher butterfat content. Yes, that's right, French butter has more fat and that's why it tastes better! And, of course, butter in France has an AOC — that's Appellation d'Origine Contrôlée (controlled designation of origin) — the systems of standards that ensures both quality and origin. In fact, buter has two AOCs.

The most famous AOC butter is from Isigny-sur-Mer on the northwest coast of France, at the D-Day beaches. Isigny, by the way, is also famous for other dairy products — its Mimolette and Camembert cheeses.

According to the Isigny Sainte-Mère Dairy Co-operative, producer of the butter, "It is yellow like buttercups, with a faint taste of hazelnuts. Our terroir has the advantage of a mild, damp climate, is near to the sea and enjoys the benefits of the Bessin and Cotentin marshes. The cows which graze there feed on grass rich in iodine, beta carotene and trace elements. It is impossible to confuse with any other butter." This is what we love — poetry and produce. 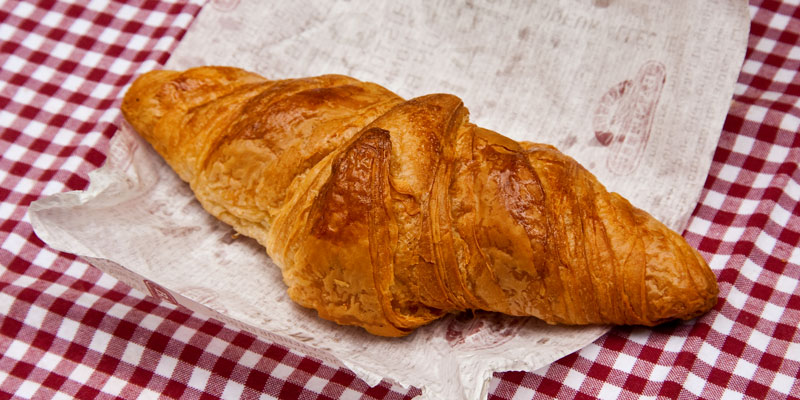 At eight kilograms per person, the French are, hands down, the biggest butter eaters in the world. On a trip to a French supermarket you might find a dozen brands with varieties including unsalted, lightly salted, fully salted; beurre pasteurisé, made with pasteurized cream; and artisanal butter made on the dairy farm from raw cream. For bakeries there's beurre pâtissier, with an even higher fat content, 99.8% ! It's no wonder French croissants taste so good.