No longer are they hunted by pigs in oak forests at night. Yet, French truffles remain among the most famous, and most mysterious, foods of France. Despite the legends and stories we've heard, French truffles do not grow wild, except in rare cases.

Nowadays truffles are a cultivated tuber that take an incredibly long time to grow and harvest. Le Diamant Noir, or black truffle, is the most highly sought after truffle in the world. In Provence, near Carpentras, we had a chance to visit Joël, a truffle grower (called a trufficulteur) to discover first-hand how truffles are grown. 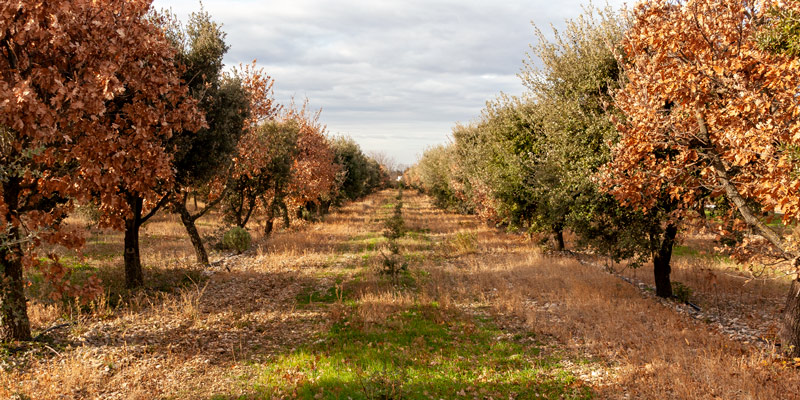 In the 1970s truffles began to be studied by agricultural scientists with a view towards restoring the harvest, which had dropped dramatically during the preceding decades. What they discovered is surprising and complicated. Truffles, as they knew, grew among the roots of certain oak trees. But, the oak trees need to be planted between five and seven metres apart. The soil needs to be aerated and then covered with mulch.

Joël's detailed explanation was interrupted when a couple entered the shed that served as office, truffle storage, and retail point. Joël asked if they had an appointment. "No," they said, looking down at the floor, "They told us at the truffle market to come to see you." 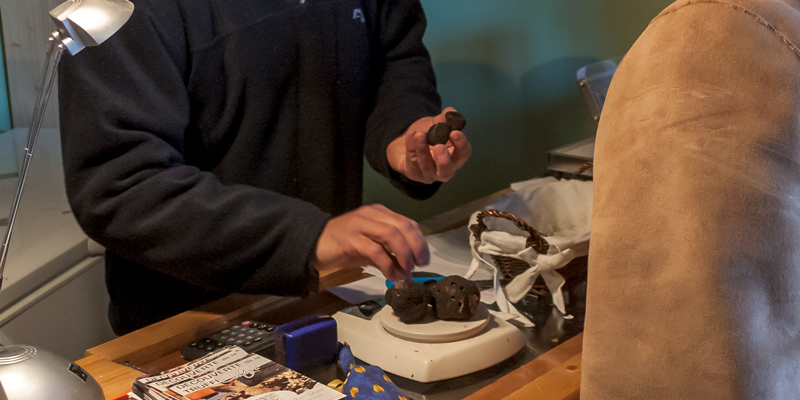 We had heard that it was a secretive business — we were asked not to reveal last names or location — and the transaction we were witnessing confirmed the conspiratorial quality of the trade.

Joël disappeared into the back room and emerged a few momenta later with a tiny sack of three or four jet-black truffles. Weighing them on a kitchen scale he said, "200 grams, 180 Euros, s'il vous plait." At 900 Euros per kilogram he's giving them the wholesale price. In a gourmet shop they would fetch two or three times that. 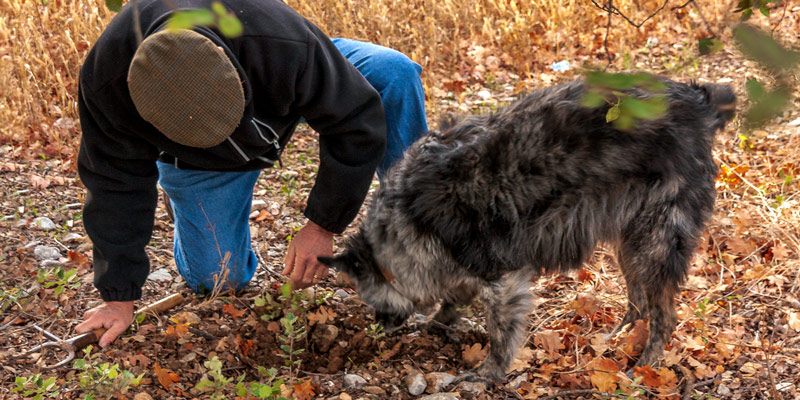 After the anonymous couple left, it was time for us to visit the oak grove to hunt for truffles. The mistral had arrived the previous night and now, at eleven in the morning, the cold wind was biting. Scarves and hair were flapping in the wind as Joël drove off to get Lisette, one of the three truffle dogs he had working for him.

When we arrived at the grove Lisette barreled out from the back of the small truck and began circling and yelping in excitement. Joël yelled instructions for Lisette, "Allez, allez, cherches-la." The strong wind made picking up a scent difficult for Lisette, but she persevered and, in only a few seconds, began digging up the soil near one of the trees. Two and three times more Lisette picked up a scent and found a prize, which the dog handler would dig up. 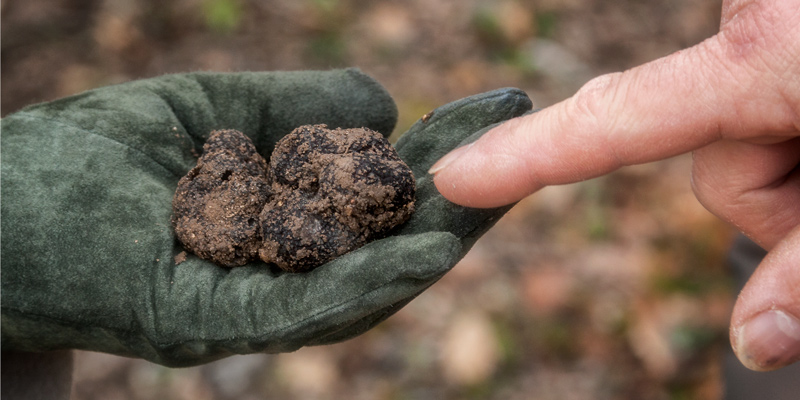 Joël put the nuggets in our hands. Four truffles, a handful. "It's only second-grade," he shrugged. "You can keep them."