The Sun King was absolutely infatuated with fountains and water has always been a key element of Versailles. It fills the fountains, it flows from the waterfalls in the groves, and it reflects the sky and sun. As you walk through the geometric gardens and network of fountains it's pretty hard to imagine that all the construction work at Versailles was done by hand.

At Versailles' peak, there were 2,400 fountains in use, including the fabulously complicated Machine de Marly that pumped water from the Seine. Today there are only fifty fountains still functioning and the mile-long Grand Canal supplies the never-ending supply of water required. At one point, the water bill for the fountains was one-third of the total operating budget of Versailles ! Let's take a look at the some of the fountains and other water features at this most luxurious of royal estates. 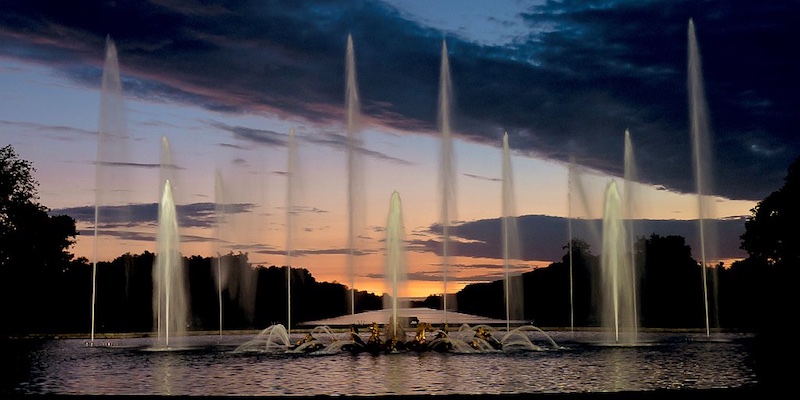 View a Large Map of the Gardens of Versailles…

When Louis XV officially christened the new fountain in 1736, it was to much fanfare and praise for the abundant number of water jets. The Neptune Fountain (#24 on the map) has ninety-nine jets in total, making it an hydraulic engineering feat. Ange-Jacques Gabriel gave the fountain its sculpted features — Neptune, Proteus, and Oceanus. 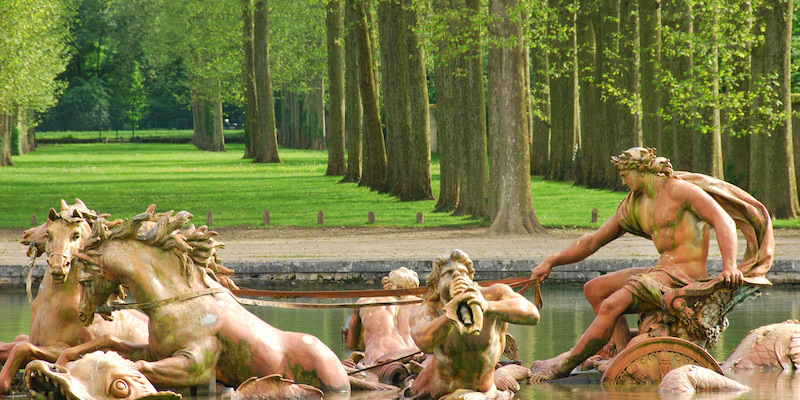 The original water feature at Versailles was built during the reign of Louis XIII and was called the Lake of the Swans. Louis XIV later added the gilded fountain of Apollo riding his chariot, designed by Charles Le Brun, that features Apollo bursting from the water in his daily flight from earth.

Speaking of Apollo, the inspiration for the Dragon Fountain (#25) is from the legend of Apollo in which the serpent Python was killed by an arrow shot by the young god. In the fountain the reptile is surrounded by dolphins armed with bows and arrows, riding swans. The water reaches a height of 88 feet (27 metres) and is the tallest fountain at Versailles. 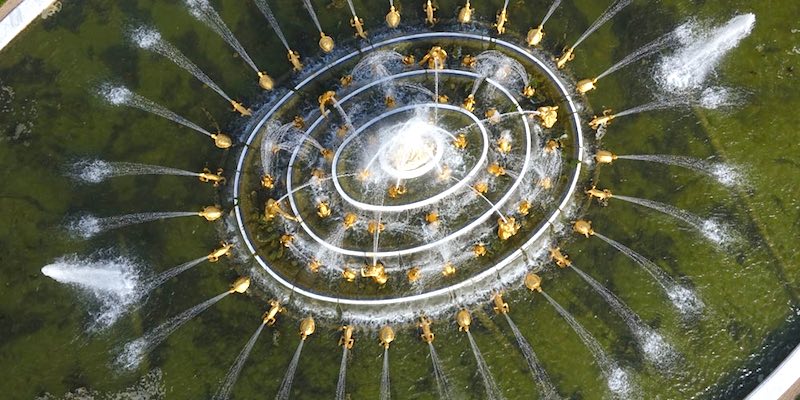 Also called Latona Fountain (#19), this tiered Versailles fountain was inspired by The Metamorphoses of Ovid. It illustrates the story of Leto, mother of Apollo and Diana. Protecting her children from the insults of locals Leto pleaded with Jupiter to avenge her. The god heard her pleas and turned the peasants into frogs and lizards.

Fountains of the Fight of the Animals

The Water Supply for the Fountains of Versailles 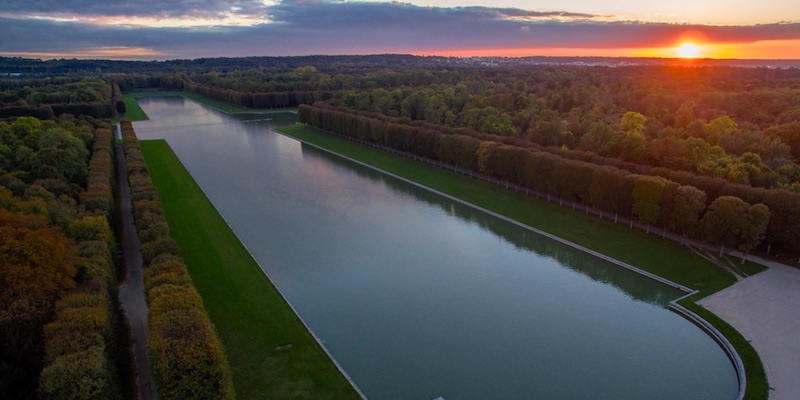 The mile-long waterway (1.67 km) waterway is filled with light as far as the eye can see. The work started in 1668 and took eleven years to complete; all the digging was done by hand. Although the Grand Canal was a perfect location for the legendary royal fêtes, it had a practical purpose. As it's at the lowest point in the garden, the Grand Canal collects water drained from the fountains and then pumps it back to the reservoir.

Imagine gondolas gliding along the Grand Canal manned by Venetian gondoliers. In 1674, the Doges of Venice sent Louis XIV a pair of gondolas, along with a team of trained gondoliers. Louis ordered the construction of the Petite Venise to house the gondolas as well as yachts and other boats received as gifts. (Today the Petite Venise is a popular restaurant at Versailles.) During the summer the king sailed and hosted lakeside garden parties; in the winter, the frozen canal was used for skating and sledding.

Lake of the Swiss Guards

Named for the Swiss Guard who built the lake (no surprise there !), it previously had been a series of mosquito-filled marshes and ponds. The Guards transformed it into a peaceful lake that is another water supply for the fountains. The lake's surface area is 37 acres (15 hectares), and is the second largest water feature in Versailles, after the Grand Canal 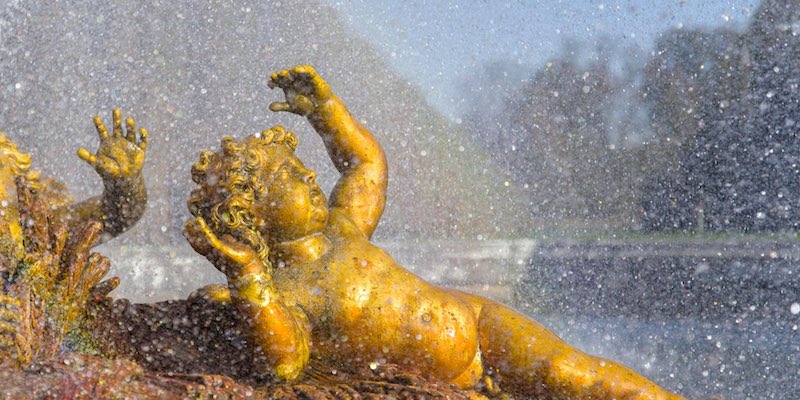 On weekends in summer the gardens are transformed into a visual and musical treat. The fountains come alive with the waterworks turned on, looking like they did in the time of Louis XIV. THere's a tour dedicated to just that. Of course, your visit also includes a tour of the chateau and the rest of the gardens. But, check for post-Cvid availability.