Cookin' At The Ritz – Learning To Make Bistro Classics

You're in Paris. You adore luxury and you love to cook. If that describes you (as well as us), then you're going to love the combination of all three passions that comes in the form of a day of cooking at the fabled Ritz Hotel. That's exactly what we did and loved every minute of it. 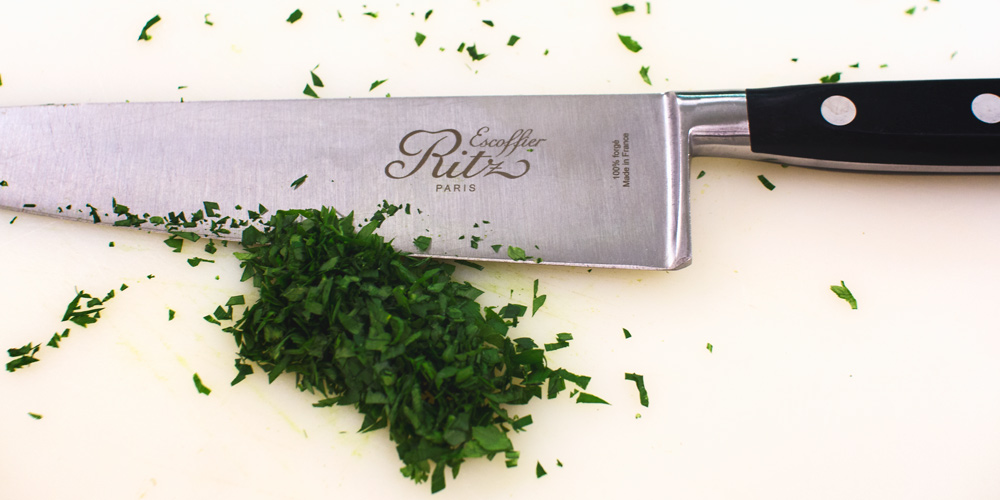 Auguste Escoffier was the first executive chef at the Ritz Hotel Paris and a culinary trailblazer with his Belle Epoque menus; the techniques he created would set the stage of modern cooking and dining for the next century. Today, the cooking school at the Ritz Hotel is named for this groundbreaking chef. There's something magical about entering the hotel where Escoffier created his classic dishes — like Peach Melba, Cherries Jubilee, Dauphine Potatoes — and then learning to cook in the place where high-end dining was invented.

Read Our Review of the Ritz Hotel 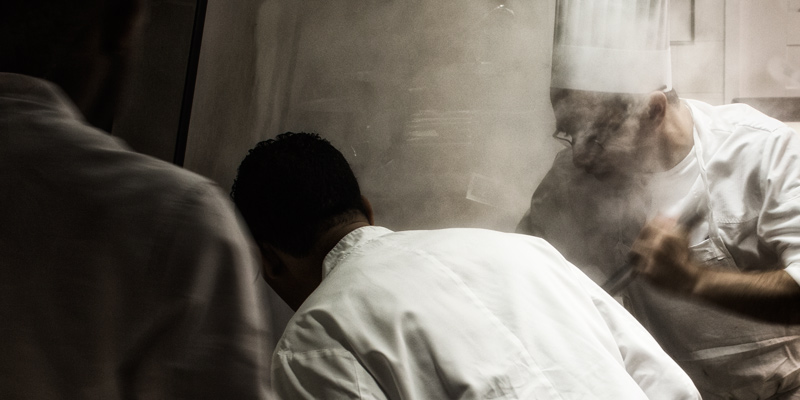 The first thing to know is that Ecole Ritz Escoffier is not just for cooking professionals. A collection of day and evening classes are aimed at amateur cooks who want to hone their skills… at the most iconic hotel in Paris.

Our Bistro Classics cooking class started at 9:00 AM, and the moment we entered the doors at 15 Place Vendôme the unbridled hospitality began. As we were led along the stately hallway, past the Salon Proust, each employee welcomed us with a friendly "bonjour". At the end of the corridor we took the stairs leading down to the cooking class studios and the maze of professional kitchens that serve the Ritz.

Chef and his assistant greeted us warmly as we entered the gleaming blue and white cooking studio. Immediately our eyes were drawn to a window on the far wall of the room that that overlooked the working kitchens. It was a fascinating experience to be able to watch the team of chefs preparing meals for guests of the hotel. 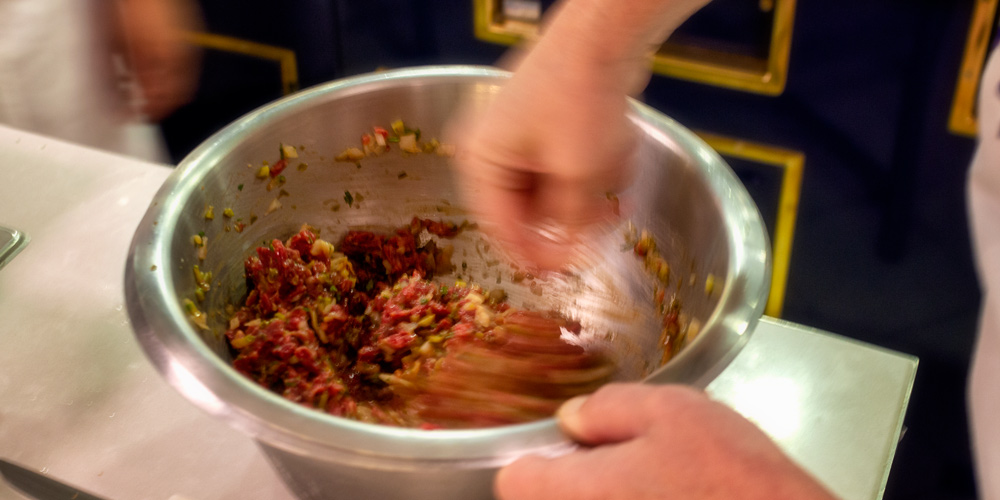 But, back to the cooking class ! While Chef got us started by practicing our knife skills on an onion (tip: don't cut all the way through the onion, keep the root end intact for easy slicing), his assistant measured the sauces and condiments we would be using. In fact, every cooking class has an official translator who instantly translates the chef's instructions from French to English, while fetching ingredients and keeping the kitchen tidy.

After a morning of chopping, seasoning, searing, cooking, and observing, it was finally time to relax at the dining area of the kitchen. Bordeaux wine was opened, baskets of baguettes arrived, and our creations were served on the finest Ritz china. We learned a lot and we did feel just a bit like professionals. 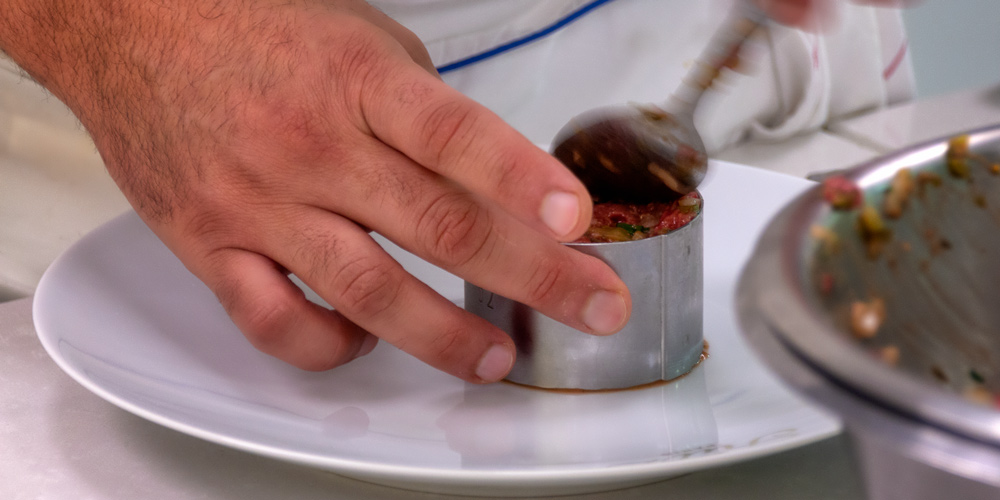 The Ritz Escoffier cooking class lineup changes from time to time, but here's a sample of the type of courses you're likely to find. The Bistro Classics cooking class was perfect for us. In addition to the recipes themselves, we learned knife skills, seasoning techniques, blending, and plating.

For those who want more, look for offerings like Three Days in the Kitchen that has students mastering chefs' tips, tricks, and techniques. If you're interested in cocktails join the legendary Hemingway Bar's mixologist Colin Peter Field for an afternoon of cocktail-making merriment. There are wine-tasting classes as well, as you might expect.

When you are planning your next visit to Paris we recommend that you check Ecole Ritz Escoffier's schedule of classes a few months before your arrival since the small-group classes fill quickly. The schedule changes seasonally and will often include special events classes like Thanksgiving in Paris and Masterclasses with Michelin-starred chefs.