Imagine dining on the Eiffel Tower, the most famous monument in the world, High above Paris there are two fantastic dining options, each of them run by chefs holding multiple Michelin stars. Le Jules Verne, 400 feet above the city, is a Michelin-starred restaurant overseen by legendary chef Frédéric Anton. A second restaurant, Madame Brasserie, at 200-foot level, is under the whisk of another Michelin chef, Thierry Marx. 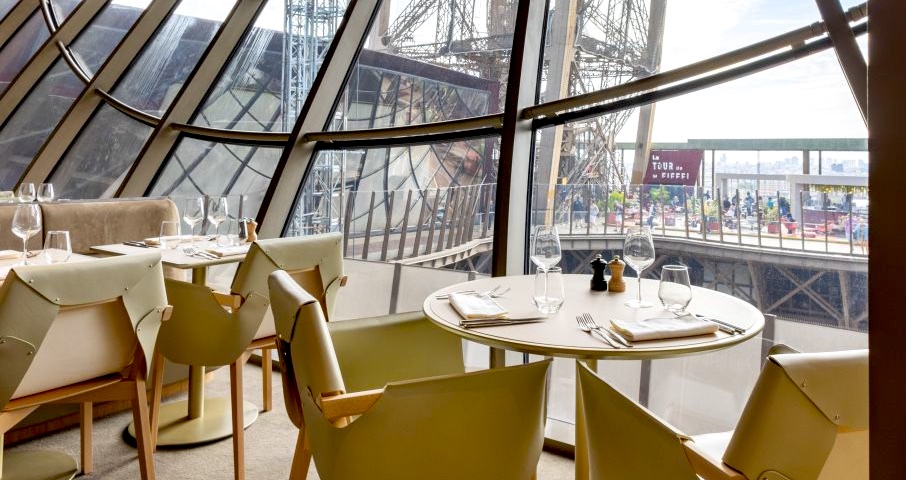 On Level One of the Eiffel Tower is Madame Brasserie, overseen by Michelin-starred chef, Thierry Marx. In this casual brasserie, Chef Marx focuses on creating menus using local and responsible produce, with dishes that are meant for sharing. Marx has held two Michelin stars since 2012 at restaurant Sur Mesure at the Mandarin Oriental Hotel in Paris.

Opt for lunch at Madame Brasserie and you'll dine on a classic, three-course French meal while enjoying the daytime views of Paris below you. But dinner is when things get magical — when it's not just Paris beneath you, but the City of Light. At dinner, select the "Menu Grande Dame – Paris View" option for the best menu and the best views. 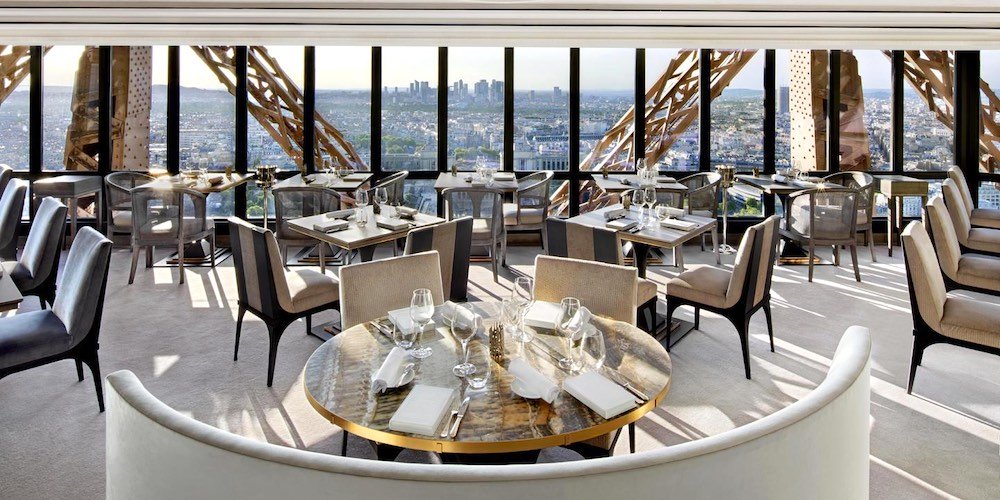 What Chef Anton and his team have created is both impressive and unexpected. They have transformed a restaurant celebrated mostly for its views and location into a true culinary destination. This is multi-starworthy cooking in a space that's both dramatic and comforting. (In fact, when it re-opened under Anton we named it The Best New Restaurant In Paris.) Chef Anton also keeps up his restaurant in the Bois de Boulogne, Le Pré Catelan, where he has held three Michelin stars since 2007.

Reservations are a must for Le Jules Verne, where a private elevator takes you directly up to the restaurant. We believe it's worth the trip to Paris just for the chance to dine here. 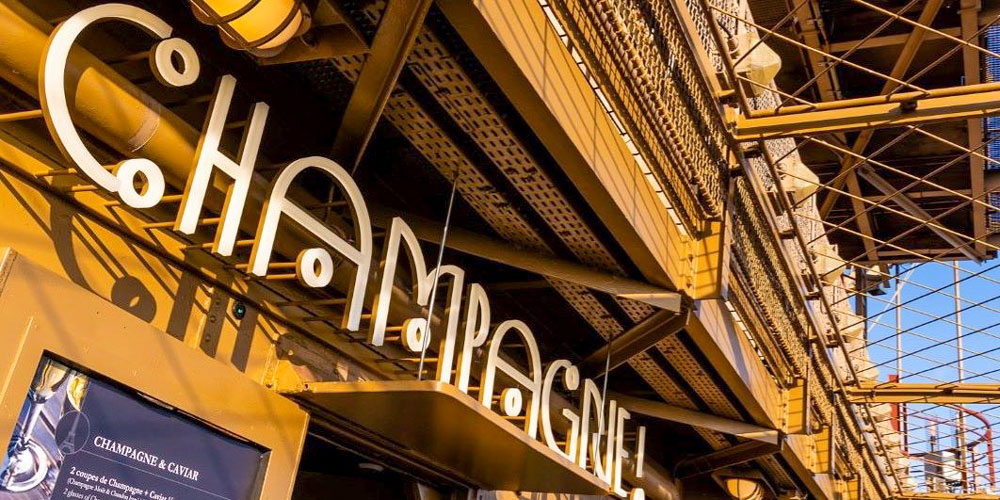 At the tippy top of the tower, on Level Three, is the Champagne Bar. Here, at 275 metres above Paris, you can sip champagne, nibble on French caviar, and view the dazzling city beneath you. It's super casual, and can be a bit windy, but we can't think of a better place to clink glasses and drink bubbles. Reservations aren't required. The Champagne Bar is open daily during the summer but on weekends only during the winter. See you at the top!