Ready for an adventure in the French countryside? Then this tour is a great idea, showing you the best of these iconic French regions. This 4-day tour takes you through western France, from the beaches of Normandy and the pretty port towns of Brittany to the picturesque Châteaux of the Loire Valley. You even take in the historic D-Day beaches.

Four days is enough time to delve deep into the landmarks, monuments, and villages of these dynamic areas of France. Along the way you will visit ancient Normandy towns and sweeping beaches, the Brittany coast, and the rocky summit of Mont Saint-Michel. The Loire Valley is definitely going to enchant you with its magnificent châteaux. You'll wander the stunning gardens of Château de Villandry, Château de Langeais, and Château de Chambord, and discover the historic districts of the city of Tours. 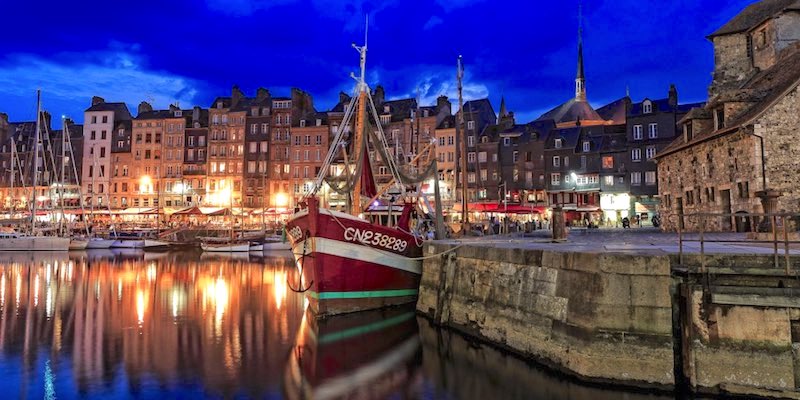 Kick things off by traveling through the beautiful countryside of Normandy to the ancient town of Rouen for a walking tour. Next, on the way to the snug harbor town of Honfleur drive over the vast Normandy cable bridge. Lunch in the pretty port town of Honfleur. See the Normandy beaches including Omaha and the American Cemetery of Saint-Laurent and Arromanches.

Leave Caen, where you overnighted, and head towards Brittany. See the best of St. Malo including the ancient ramparts and the cathedral. After lunch, depart for magical Mont Saint-Michel. Take a guided visit of the Benedictine Abbey and then wander, shop, and daydream.

Leave Angers in the morning and and have a guided tour of the Château de Langeais. Lunch at Amboise and in the afternoon visit Leonardo da Vinci's Clos Lucé, the place where he died. Then visit the manicured gardens of Château de Villandry. The day ends in the historic city of Tours.

Your last day in the Loire Valley is action-packed with the one-two-three punch of Château de Chenonceau, Château de Cheverny and Château de Chambord. Then there's a farewell lunch at the spectacular Hotel Saint-Hubert in Cheverny. Your four-day France Profonde (French countryside) package tour ends in Paris in time for dinner.

Transportation in a luxury air-conditioned coach, all entrance fees and guided tours, most meals and accommodation in 3-Star hotels.

The dramatic Normandy coastline stretches for 360 miles and is surrounded by lush farmland, lively market towns and historic cities of Caen, Bayeux and Rouen. Normandy culinary delights include fine cheese, ciders, galettes and Calvados, and you'll have the chance to sample them all.

After the Eiffel Tower, Mont St-Michel is the most visited attraction in France. Perched on a 265-foot-high rocky island, Mont Saint-Michel connects to the mainland by a causeway. Massive walls, half a mile in all, and a steep climb take you to the winding streets to the Benedictine Abbey. 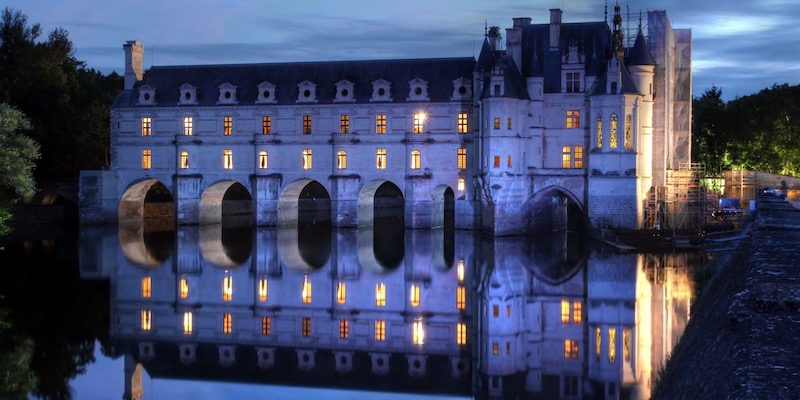 Rugged coastlines, ancient towns, islands and wooded lands, Brittany was a Celtic territory for a thousand years before it became French in 1532. Of course there are plenty of fresh oysters, crayfish and crab, but Brittany's culinary contribution also include the quintessential French crêpe. Almost half of the population of Brittany live along the coastline.

The Loire Valley is famous for its magnificent châteaux that dot the banks of the Loire River and its tributaries rivers Indre and Cher. It's often called the Valley of the Kings and the Garden of France. The mild temperature and fertile soil make a perfect environment for growing vegetables and grapes for some of the best wines in France.