Menu de l'Année — Paris Restaurants In The News In 2019

In a city that revers its culinary scene, it's newsworthy when historic Paris restaurants and brasseries are opened, upgraded, or renovated. Here are a few highlights from the Paris restaurant scene for 2019. The lead story is the renovation and management change at Le Jules Verne restaurant at the Eiffel Tower. 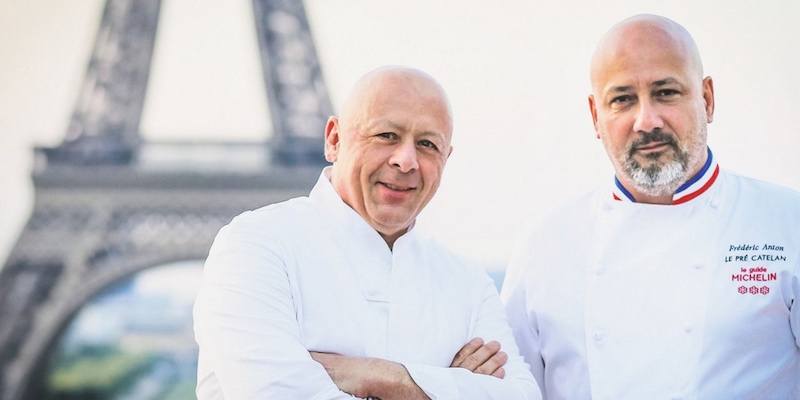 Visitor's Guide To The Eiffel Tower…

The big restaurant news of last year was Chef Alain Ducasse's departure from the Eiffel Tower. No, he didn't simply take the elevator — he lost his lease for Michelin-starred restaurant Le Jules Verne on Level Two of the Tower. After a decade-long run, the Eiffel Tower management was looking for a change. So, it was out with Alain Ducasse and in with the new blood.

The new tag team at Le Jules Verne are themselves no strangers to Michelin. Chef Frederic Anton runs three-star Le Pre Catalan in Bois du Boulogne and his partner Chef Thierry Marx leads the 2-star Sur Mesure at the Mandarin Oriental Hotel in Paris. As for the division of labor, Anton (right, in the photo above) will supervise Le Jules Verne, while Marx oversees the brasserie on the first floor, 58 Tour Eiffel. That certainly promises improvement at the brasserie.

Beirut-born architect Aline Asmar d'Amman has been hired to give Le Jules Verne a new look and feel. In case you haven't heard of Asmar d'Amman, she renovated the suites and historical salons at the Hotel de Crillon during that hotel's recent multi-zillion renovation. Paris diners as well as thousands of visitors are holding their collective breath for the Jules Verne opening scheduled for mid-May 2019. 58 Tour Eiffel is also scheduled for a renovation, in the fall of 2019. 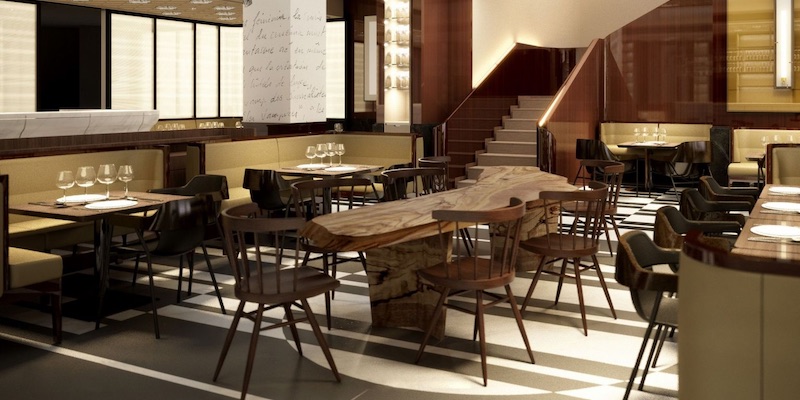 Although the Left Bank, 5-star Hotel Lutetia's long (and expensive) renovation was essentially completed in 2018, the brasserie wasn't entirely finished until now. (It will open soon.) Lutetia Brasserie was designed by Jean-Michel Wilmotte and is led by chef Gérald Passedat. Given that Chef Passedat hails from Marseille and oversees his Michelin 3-star restaurant located there, Le Petit Nice, we assume the menu will have a Mediterranean flair. 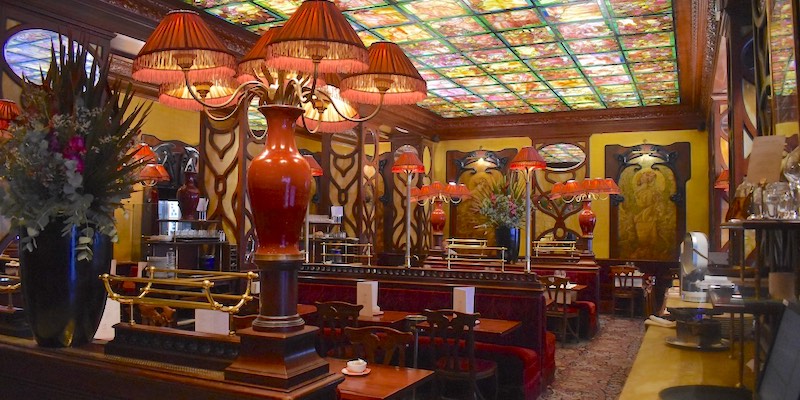 Closing for a long-overdue renovation, Le Grand Café Capucines has been a Paris landmark since 1875 when it opened for the inauguration of Palais Garnier. It quickly became a celebrity hot-spot on the Grand Boulevards. That same year, the Lumiere brothers showed their first cinematographic projections at the Grand Café.

Renowned for its Art Nouveau decor created by historian-designer Jacques Garcia, the large coloured glass roof and period wall paintings will be preserved during the renovation of the iconic Parisian brasserie. It will close in February and reopen in April 2019. 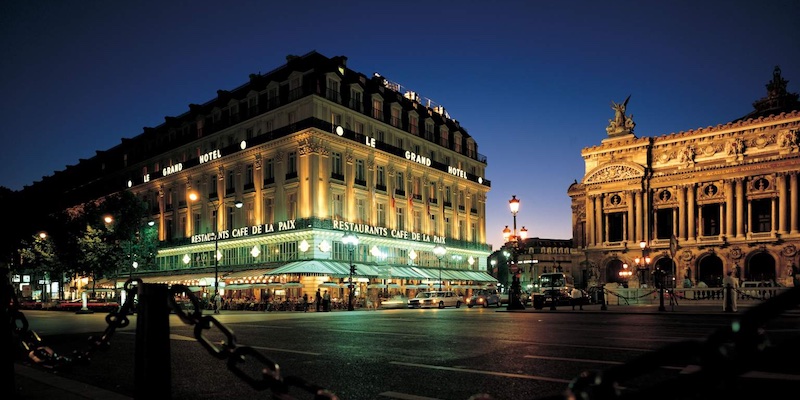 Another renovation scheduled in the Opera district is historic Café de la Paix (located in the InterContinental Paris Le Grand Hotel). The hotel was inaugurated in 1862, the same year Claude Debussy was born and Victor Hugo's first installment of Les Miserables was published. Café de la Paix quickly became a fashionable Parisian address. Now a registered historic landmark, the cafe has hosted Flaubert, Maupassant, Victor Hugo, Oscar Wild, and us! (Though not all at the same time.) In 1944 Charles de Gaulle dined here to celebrate the Liberation of Paris. 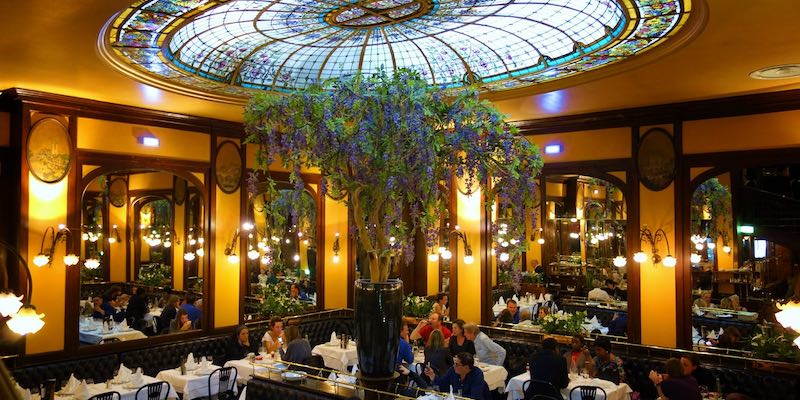 2019 seems to be the year of historic Paris brasserie renovations. The Art Nouveau favorite, Bofinger, is closing for a renovation in March. Founded in 1864, it's the oldest surviving brasserie in Paris, perfectly preserved as a living museum to the Belle Époque.

We assume the magnificent stained glass coupole will remain intact. We also hope that some of the restaurant's dining rooms that are are a bit barren (and so far removed from the main rooms that you feel like you've been consigned to Siberia) will be made to feel not quite so… distant. 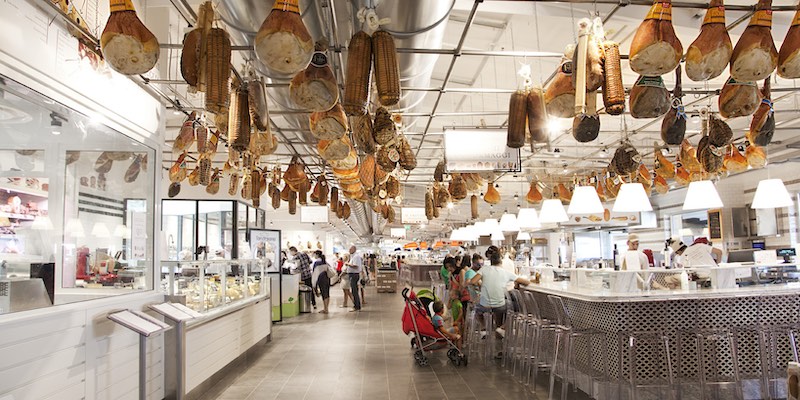 Although this grandiose food extravaganza is not something we're particularly excited about, the construction of the Eataly flagship store in Paris, a 40,000 square foot branch of the gourmet store dedicated to Italian gastronomy, is progressing under the leadership of the Galeries Lafayette group. The Paris Eataly food hall, slated for a spring 2019 opening in the Marais, will feature seven restaurants, a delicatessen, a wine bar listing 800 Italian wines, and a fresh fruit and vegetable market. 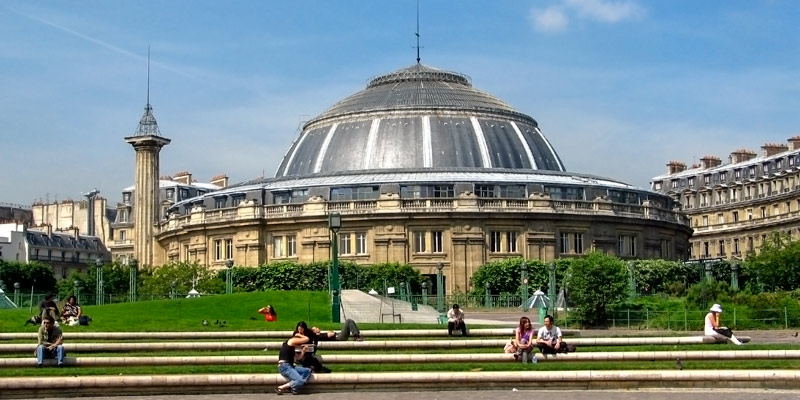 Legendary chef Michel Bras will be opening La Halle aux Grains at the Bourse de Commerce in the spring 2019. Chef Bras' eponymous restaurant (now run by his son), located in Laguiole (a place famous for knife manufacturing) was awarded three Michelin stars in 1999, but he "gave the stars back" in 2017 citing cited the “huge pressure” that came with Michelin recognition. (Ironically, the 2019 Michelin guide awarded the Bras restaurant two stars again.)

The former Paris stock exchange building has been converted by billionaire luxury tycoon Francois Pinault into a magnificent art museum to feature his amazing private collection. Pinault has hired Bras to oversee the in-house restaurant. The circular structure with an historic dome initially served as the grain exchange of Paris and later expanded its scope to include other commodities. It is considered one of the great architectural treasures of Paris; yet until Pinault stepped in it was underutilized as offices for the chamber of commerce.

La Halle aux Grains, the new restaurant's name, means "The Grain Hall" in reference to the wheat trade. From up on the third level, the restaurant will offer an interior view of the heart of the building, transformed by the architect Tadao Ando. It will also overlook Église Saint-Eustache, the new Canopée des Halles and, beyond, Tour Saint-Jacques. Pinault promises the renovation and transformation of the stock exchange will be as much a work of art as the masterpieces set to be displayed inside. 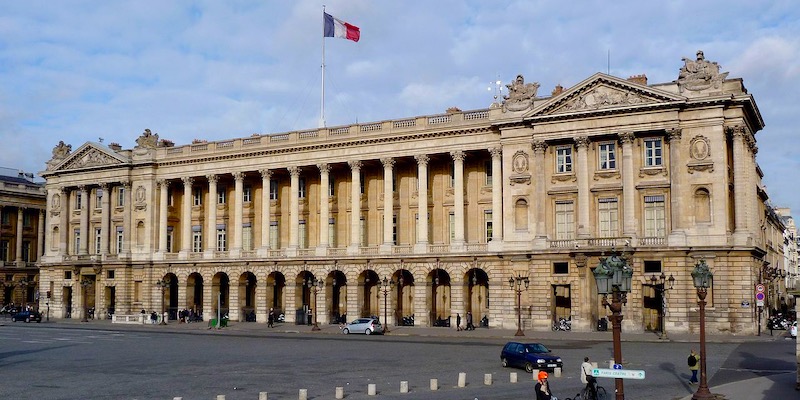 For the first time in two hundred years, the building know as Hôtel de la Marine will welcome visitors. The historic hôtel, located on Place de la Concorde next to Hotel de Crillon, is undergoing a massive renovation and will reveal the splendor of its 18th-century decor and the rich history of French pageantry in January 2020. The Hôtel de la Marine is one of two palaces on the place commissioned by Louis XV in the 18th century, with Ange-Jacques Gabriel as the lead architect. It housed the French Naval Ministry from 1806 to 2015.

The new use of the building will be to showcase "taste and French style in the 18th century" through restored rooms and temporary exhibitions. Alain Ducasse will oversee the new tea room and Chef Jean-François Piège (who already has two Michelin stars at his eponymous restaurant in the 8th) will be in charge of the restaurant.